Martin Lewis, the money-saving expert, was among the winners at the inaugural New Statesman Positive Impact Awards last night. The awards celebrate figures within politics, businesses and wider society who have left their mark on 2022.

Lewis’s win bookended the night, as he took home the Positive Impact in Society Award for his vital work in helping people manage their finances over the past year. The judging panel said of Lewis: “He has arguably done more than anyone to hold the government to account on the cost-of-living crisis, as well as offering people many tips on how to help themselves as much as possible.”

The awards ceremony, held at IET London: Savoy Place, was jointly hosted by the New Statesman’s editor-in-chief Jason Cowley; Britain editor Anoosh Chakelian; and political editor Andrew Marr – who also formed part of the judging panel, alongside other New Statesman editorial staff, as well as an external and independent set of judges.

“We’ve been thinking about running an awards [ceremony] for some time,” Cowley said last night. “And, at the beginning of this year, after two years of Covid, we decided now was the time. 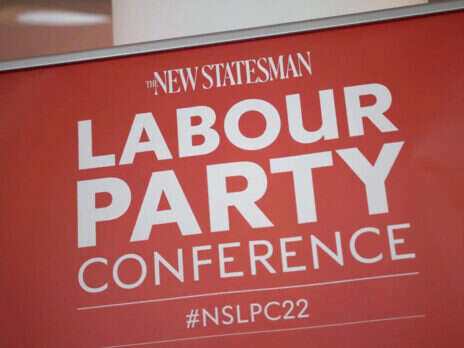 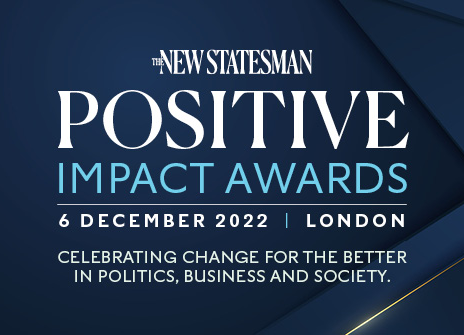 “As you’ll see from tonight’s winners, the focus of these awards is to recognise those who have genuinely changed things across business, technology, finance and politics this year,” he continued. “Whether through innovation, compassion or strong leadership, our winners have made meaningful differences across the UK.”

Another noteworthy winner was Carolyn Harris, the Labour MP for Swansea East, who was present to receive the Positive Impact in Politics Award (House of Commons). The judges described Harris as “one of the most effective campaigning MPs in parliament” and praised her work for forcing gambling reforms to the top of the agenda, as well as improving support for menopausal women.

There were other winners from the world of politics. Birmingham City Council won the Positive Impact in Government (Local) Award for its outstanding work in successfully hosting the Commonwealth Games earlier this year, which created jobs and training opportunities and boosted the local economy. Glasgow City Council received an honourable mention for its learning and teaching programmes for young people, which have reduced school exclusions and increased uptake in higher and further education.

Another political standout was Justin Welby, the Archbishop of Canterbury, who won the Positive Impact in Politics (House of Lords) award. “The Archbishop has to tread a careful line when it comes to interventions but spoke up at key moments,” the judges said, “including on the government’s Rwanda deportation policy. His sermon at the Queen’s funeral on what it means to be a public servant was also memorable.”

The Resolution Foundation took home the final political plaudit, the Positive Impact in Policy (think tanks and research institutes) Award, for its work in holding the government to account over the cost-of-living crisis.

There were a number of other worthy winners across the remaining categories, which covered a wide range of areas and businesses. The team behind the Small Robot Company took home the Positive Impact on the Environment Award; Octopus Energy won the energy award; and in transport, the prize (sponsored by Trainline) was won by The Bike Project.

The Good Things Foundation / Virgin Media O2 won the technology award (sponsored by BAE Systems); finance was won by Clean Slate Trading and Employment; and the high street award was handed to Swoop. Atom Bank impressed the judges and won the Positive Impact at Work award (sponsored by PageGroup); while John Lewis – with an honorary mention going to Iceland – won the leadership in a crisis award for its efforts in helping staff through the cost-of-living crisis.

The success of the inaugural New Statesman Positive Impact Awards – supported by PageGroup, BAE Systems, and Trainline – is set to be replicated and extended in future. “Next year, we hope to expand the categories to include the breadth of the New Statesman’s coverage, including science, arts and ideas,” said Cowley.