Fashion is an easy target for cultural criticism but those with the itchiest trigger fingers often miss the point. There are many reasons to complain about an industry that exploits cheap (even child) labour in poorer countries such as Bangladesh and Burma and, according to one analysis, pollutes more than any other business except oil – but what seems often forgotten is that such immoralities are shared by most globalised industries that make more money than freelance dog walkers and au pairs.

Fighting corporate misbehaviour is time-consuming, however (“The problem with socialism is that it takes too many evenings,” as Oscar Wilde supposedly said), so much of the criticism of fashion falls into that eminently social-media-friendly zone called identity politics. Sometimes that’s fair, as fashion is squarely about identity. But then you also get all the reductive fury about cultural appropriation that, Donald Trump-style, insists on erecting walls between races and ethnicities. It’s pretty dispiriting.

So here we go again. American Vogue has been “slammed”, according to CNN, for its apparently lacklustre attempt at a “diversity” issue celebrating “the modern American woman”. On the cover are seven models of various ethnic origins, hanging about on a private beach in Malibu with their heads weirdly touching. They stand so close together and their black polo necks are so dark that they almost look conjoined – there’s a uniformity to this diversity. Each of the women wears an elegantly vague facial expression (these range from mild amusement to mild confusion) and each is long-legged and pale; cover up the top half of the image with your copy of the New Left Review and all those legs are pretty much interchangeable. 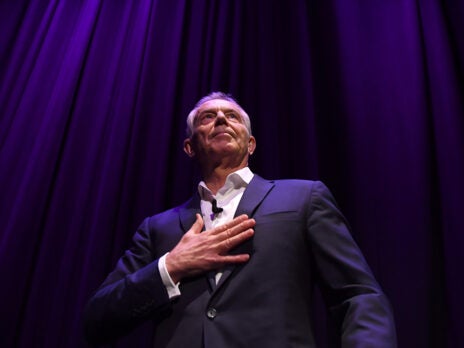 Tony Blair’s technophilia is a dead end for the left 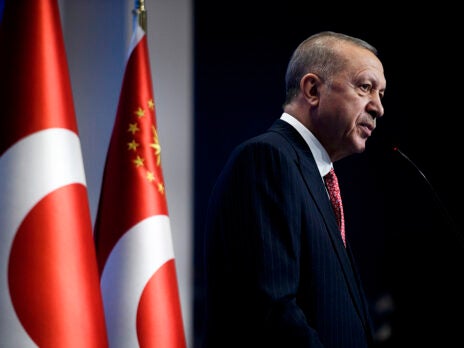 Vogue optimistically tweeted that these models were “redefining beauty”. “What does ‘redefining beauty’ mean when you have some of the most overused, most conventional-looking models on your cover?” responded @LondonTiptonXo. It was a fair point.

But what offended people most was a photo shoot in the issue featuring the model Karlie Kloss in a Japanese setting – or in “yellowface”, as Carla Herreria put it, over at the Huffington Post. In one of the photographs, she poses with a sumo wrestler; in others, she wears a kimono and does Japanese-ish things, like stand in front of a shrine. A dude called Colin tweeted, “When will fashion magazines learn?” Before long, Kloss was apologising online. She posted: “These images appropriate a culture that is not my own and I am truly sorry for participating in a shoot that was not culturally sensitive.”

I have written on this sort of “appropriation” before and I stand by what I argued then: that, if anything, it questions imaginary boundaries between the peoples of the world and “exposes, just as Judith Butler did in relation to gender, the performative aspects of our racial and cultural identity”. It all comes down to the matter of whether race is an essence or a performance. If it’s the former, then it’s unchangeable and absolute: your race defines you, and you are less an individual than a representative of your race. If it’s the latter, however, it’s endlessly rewritable and can’t be owned by any one group. And you can’t be owned – not entirely, at least – by your yellowness, blackness, whiteness, or brownness, or by the country of your birth. According to this view, when Kloss appeared in Japanese clothes and make-up, she, in effect, decoupled Japaneseness from Japanese bodies. Isn’t that a liberating thing?

There is justified anxiety on the left about the rise of Breitbart-style “ethnic nationalism”, which seems to have found endorsement in the White House with the appointment of Steve Bannon as Donald Trump’s chief strategist. This restrictive form of nationalism, which elevates heredity and descent into the most significant components of a person’s identity, is mirrored by activists’ insistence that we should have claim only to what “belongs” to our own racial or cultural background. There should be no imaginative miscegenation, they argue, when they pillory Scarlett Johansson for appearing as a Japanese cyborg in Ghost in the Shell, or when they attack Kloss for wearing a kimono.

They may be campaigning for better access to work for non-whites in the Western cultural industries, and I agree that there is a problem here. But the solution isn’t to insist on colour lines. There’s nothing to be gained in the long term by turning racism on ourselves – by accepting it on its own terms, and by using it to get magazines, say, to “HIRE AN ASIAN” instead of an American white woman.

Kloss-gate is particularly odd, because the shoot’s supposed cultural appropriation is complicated by the reality that Japan is not exactly some helpless nation being plundered by the United States: it is, frankly, a far better country to live in, with higher life expectancy, lower crime, more savings, more access to technology and better health care. People in Japan – at least the ones I know – seem to think they live in the greatest nation on Earth. That’s probably why, for instance, they generally weren’t upset about Johansson’s casting in Ghost in the Shell; that’s probably why my dad really liked the 2003 movie The Last Samurai, in which Tom Cruise singlehandedly saves the country’s martial tradition. They don’t see this stuff as cultural theft. They see it as white people acknowledging their obvious greatness through emulation.

Moreover, fashion is an inappropriate sphere for complaints about imaginative play. The Kloss shoot references an iconic 1966 Richard Avedon series for Vogue that featured the supermodel Veruschka posing with a tall sumo wrestler; while the new set is nowhere near as artistically successful as Avedon’s, it gestures towards the same mythic spaces. Fashion speaks in the language of fantasy and its vocabulary is therefore necessarily full of stereotypes and clichés. Its function, whether through clothes or photography or illustration, is to amplify our vague daydreams and to excite us. We can’t impose rational or moral rules on our dreams – and likewise on fashion.

It’s undeniable that when beauty is constantly manifested on our screens and in our magazines as “white”, there is a normalising effect: some may end up equating beauty with whiteness. But that’s because we still look at the world in terms of race. In a fairer world, more ethnic-minority models and actors would get the call from Vogue, or from a big movie studio. Wheeling out Asians when a photo shoot has an Asian theme, however, or black people for a “black interest movie”, surely reinforces a sense of racial difference instead of dispelling it. Far better, I think, if we campaigned to let them pose as or play “people”, plain and simple, rather than “ethnic people”.

When Barack Obama was elected as US president in 2008, there was much excitement about the coming “post-race” era. But it never came, and in its place we have the “alt-right” in the ascendant while the new president tries to build a wall along the Mexican border. Cultural appropriation is another front line in this identity war. Isn’t it time to lay down arms and find another, less counterproductive, way of eradicating racism?