A month before Cop26, the global conference where leaders are expected to agree to ever more stringent climate targets, the world’s energy systems are in chaos. Keeping the lights on at any cost has become the priority in many countries. The most notable example is China, where local mining companies have been ordered to raise coal operations to full capacity and exceed their annual quota limits to lift production.

In response to severe shortages across China, coal-fired power companies are to “expand their procurement channels at any cost”. As many as 19 provinces are affected by some form of power rationing, according to local media. Large industrial users have had their power curbed or even disconnected for days at a time with steel, cement, aluminium and chemical-fibres manufacturers all affected. In some provinces, residential consumers have had their power cut off.

China’s economy remains highly reliant on coal. Coal generation in the country rose by 1.7 per cent in 2020, while it fell or remained flat in all other G20 countries, research by the energy think tank Ember shows. Between 2015 and 2020, electricity demand grew by more than 1,880 terawatt hours in China – greater than the total amount of electricity generated by India in 2020 alone –stimulated by economic growth and an attempt to diversify and clean up the country’s power mix. An increase in renewables and fossil fuel generation has met this climbing demand, with coal supplying 39 per cent of it.

The trigger for the current crisis is soaring fuel prices. The China Electricity Council blames a “perfect storm” of factors, including coal mines halting production following safety incidents, the slow approval of applications for coal production, imports affected by a typhoon in south-east Asia, rocketing futures prices, an extended summer cooling season in southern China, and stockpiling for winter heating in northern China, according to a briefing by the Lantau Group consultancy. Coal supply is subsequently tight because generators have been refusing to operate plants at a loss. 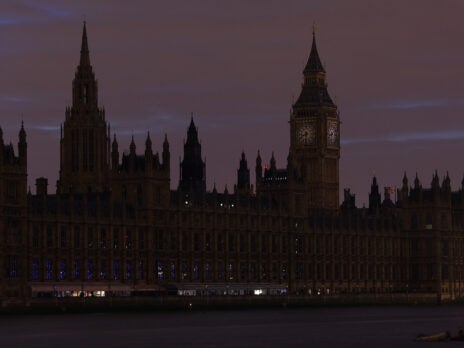 What could energy rationing in the UK look like?

On the eradication of species

Ramping up coal production is the short-term solution to avoid blackouts and greater impacts on global markets, which are highly reliant on exports from China. But given the country’s long-term goal to reach a peak in its carbon emissions before 2030 and achieve net zero emissions by 2060, channelling more coal into the energy system and pumping yet more carbon into the atmosphere is not a long-term answer. The energy sector is the source of almost 90 per cent of China’s greenhouse gas emissions.

The International Energy Agency published a report on Wednesday (29 September) showing how China can reach its net zero goals. Reducing coal use is top of the list, along with energy efficiency improvements and the expansion of renewables. Today, coal still accounts for more than 60 per cent of the country’s electricity generation, and China continues to build new coal power plants domestically. Last month though, President Xi Jinping announced China would not be financing any new overseas coal-fired power projects.

Lantau Group’s David Fishman believes the current crisis can help China move away from coal by triggering changes to the design of the energy market. He underlines how, for the first time, power consumers in China are being asked to accept higher costs to keep the lights on.

Dave Jones, a senior analyst at Ember, is not overly worried about the implications of short-term increases in China’s coal production. However, he is concerned that the crisis could be a distraction for China and undermine its engagement at Cop26. Beijing has still not submitted an updated plan ahead of the climate summit explaining how, or if, it plans to reduce emissions in line with efforts to keep global heating to within 1.5 degrees Celsius above pre-industrial levels.

The longer the crisis goes on, the bigger the impact will be on global supply chains and the on potential to reduce access to the materials and minerals needed to build wind turbines, solar panels and electric cars. China is home to 70 per cent of global manufacturing capacity for electric vehicle batteries, and Tesla has already announced it has halted production at some of its Chinese factories because of the power restrictions. China also makes most of the world’s polysilicon, a key material in the manufacture of solar panels.

The IEA is in no doubt that China can change tack. “China has the means and capabilities to accomplish an even faster clean energy transition that would result in greater social and economic benefits for the Chinese people and also increase the world’s chances of limiting the rise in global temperatures,” said the IEA’s head Fatih Birol this week. Wind and solar now supply almost a tenth of China’s electricity. As Robert Rohde, lead scientist at Berkeley Earth, muses on Twitter, now would seem like a good time for a change in energy practices everywhere. “Surging natural gas prices in Europe. Panic buying of petrol in the UK. Large-scale coal-related power outages in China,” he writes. “This whole paradigm of running the world by digging carbon out of the ground, transporting it thousands of kilometres, and burning it seems to have some kinks in it.”

Topics in this article: Xi Jinping