Ai Weiwei: Leaving Beijing was not just a political choice – I was a climate refugee

In the 1970s Beijing was like other cities in China. There were no private cars. Bicycles formed a matrix in the streets, advancing slowly forward.

Richard Flanagan: Tasmanian tigers are lost to us now – and the rainforests they roamed could go the same way

Just enough remains in Tasmania to remind me that we live in the great autumn of things. I still see swift parrots and spotted pardalotes.

Ahdaf Soueif: In Egypt, we watch as concrete is sunk into the Nile

I have lost the ability to talk to my grandchildren happily and hopefully about the world.

I hear baseball bat makers are stockpiling ash trees before their extinction.

Tessa Hadley: At bedtime, I realise there aren’t as many insects in the night-time invasion

In June, the beaches of Istanbul were shut down, like the sea snails and shrimp that had disappeared long before.

In the bush town where I started school, the dairy farmer’s kids had chilblains in winter. The chilblains are gone now. 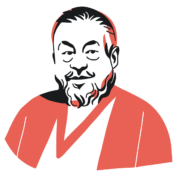