One sweltering Friday in New York, the summer I was editing the catalogue of a so-called “anti-woke film festival” funded by Peter Thiel, I was trying to persuade a producer to let us run his films. Doors were slamming in my face, this one included: the producer declined the invitation. But he liked me, he continued: if it was just me running the festival, he’d run the films in a heartbeat. In fact, he asked, would I like to be assistant producer on his new film? This was a major project: it had been discussed in industry publications and the lead had more than 10 million Instagram followers. And I wasn’t just going to be fetching coffee, I was assured: this was a serious opportunity. I was thrilled.

I can’t tell you, however, exactly what an assistant producer does, as when I texted the producer to ask what time I should arrive to the office on Monday, he replied saying it was of the utmost importance that I be dressed appropriately. I could confirm this by sending him pictures of myself, I read in one blue text bubble after another. White panties, a thigh-scraping skirt and a crisp, tight button-down shirt. If not, I’d have to submit to the appropriate discipline. (He had been to Catholic school, he explained.) My efforts to wriggle out of that one, predictably, ended in a freeze-out.

This was not, of course, the first time something like this had happened to me. I look back with horror at the debating coaches who encouraged me to flirt with judges when I was a teenager, or the respected artist who, under the guise of helping edit my film, invited me to the Manhattan townhouse he shared with his in-the-Hamptons wife, before insulting me viciously. And yet, with almost astounding speed, the schoolgirl incident infected everything I did in film. I was surprised by my own inability to function. I began to break down in tears in front of even those I was working with. I was angry both at the producer and a gaggle of friends who, I imagined, must have known; I was ashamed of myself for seeming to be merely a girl “like that” and for thinking I had been anything more. Any recognition I had ever received was now suspect, and I could only imagine the gossip.

When I cried, some people – women included – asked me if I was sure it had really happened (I was, as this married man had inexplicably committed his thoughts to text) and if I was sure, anyway, whether the producer would have ever given me the time of day had I not been a young woman. So here’s a punchline: I worked for the anti-#MeToo film festival, and all I got was sexually harassed by a producer.

This producer was far from a big shot, no Harvey Weinstein. But do people still want to hear about Weinstein? Despite the inescapable ads for the $32m movie She Said (they are all over buses and subway stations in New York, and all over my internet browser), the film, which chronicles how the New York Times brought Weinstein’s sexual crimes to light, is bombing at the box office. The cinema I saw it in contained only three people. But I don’t think overexposure to this particular story explains why this film offers little insight into an experience that I, and so many women in the arts, have had in some form. Instead, the reason is its anodyne, undramatic, complacent preaching to the choir. The story of sexual abuse in Hollywood was about young actresses: charismatic and seemingly untouchable, but always one misstep from disaster. This film is about professionally adept female journalists, their triumph already a given, their travails insultingly trivial.

The reviews of the film, based on the book by Jodi Kantor and Megan Twohey (played here by Zoe Kazan and Carey Mulligan), are generally positive – it is a New York Times critic’s pick – but is that surprising? As I reclined leisurely, my bags and coat scattered across four seats, it dawned on me what is so bizarre about this film: its director, Maria Schrader, took the revelation that the most esteemed company in the most glamorous industry in the world had, for decades, sanctioned the rape of the most beautiful women in the world, who had, for decades, kept silent about it – and she decided to make a film about how great the New York Times is?

Who, besides professional journalists, would ever see this film? Five years after those horrific revelations, pop culture is clearly veering into backlash: take HBO’s Industry, with its oh-so-“nuanced” #MeToo subplot, and more recently, Tár, the paint-by-numbers prestige flick which, like Industry, uses abusive women to acceptably “challenge the narrative” and “complicate” things. And, of course, there’s that festival I mentioned.

With #MeToo so under attack, it seems myopic to watch two pretty stars with perfect shag haircuts and overpriced workwear discuss the importance of fact-checking. We’re mechanically told several times how bad NDAs are, but we never experience their emotional impact directly. For all She Said employs crescendo strings, it is not a thriller: there is not one moment of tension (we all know how this story ends) or fear. What are the “stakes”, you ask? The leads worry Ronan Farrow’s New Yorker article will come out first. With respect: are you kidding me?

Variety has opined that audiences aren’t ready for the film’s “searing look at an abuse of power”. In fact, the film is pitifully timid. It is so wimpy, so afraid of confrontation, that when Weinstein’s character finally shows up to the office to yell at the journalists, Schrader pulls away: Weinstein’s dialogue fades into the soundtrack, only the back of his head visible as the camera zooms into a soft focus on Carey Mulligan’s daydreamy expression. A nice Seinfeld Yankees bit: but isn’t this a serious subject? Wouldn’t a “searing look at an abuse of power” let us hear the bad words – the defence? This is not edifying: it is evasive.

It is evasive of a real, fascinating, and difficult story: the first-hand experiences of any individual involved. Set aside, for a moment, that these experiences are presented in She Said in a sanitised form, two decades after the fact, told to a reporter through a Zoom screen. Try to imagine, instead, the multiple impulses at work in the young woman at the moment of the knee-touch, the hair-tousle, the keycard at the hotel room door. Why does she want to be in film? How is she aware of using her beauty? How much of her sexualisation excites her – when does it begin to disgust her, and why? And after that – why do some people speak and others stay silent? Why do some people forge ahead, and others collapse? What, actually, is the experience of a sexy young woman being sexually harassed?

This is the key question. It is also one that people have barely begun to ask, despite the commended efforts of New York Times journalists. On the liberal left, the complexity of harassment is reduced to sudden attacks by hideous men. On the reactionary right, it’s reduced to calculating jezebels entrapping decent men to get what they want. No one, it seems, is willing to really think about sex: its terrible importance to art, its split-second shift from dream to ordeal, the way beautiful young women breathe by it and choke by it. In She Said, Schrader has taken the sex out of #MeToo.

Perhaps a conscientious Hillary Clinton donor will dutifully watch this humourless, tepid, cowardly film and be confirmed in his or her every opinion. But for everyone else – those who feel torn between the sanitised sanctimony of the left and the cruelty of the patriarchy, who sense sex all around them with its appalling impositions – the film makes #MeToo, feminism and even journalism merely a tedious, box-ticking snooze.

[See also: Nick Cave interview: “I don’t think art should be in the hands of the virtuous”] 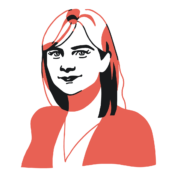