Way back in 2001, I began writing a novel called Oryx and Crake. I was with some bird biologists, and they had been discussing extinction – the probable future extinction of several of the bird species we’d just been looking at, including the red-necked crake – but also extinction of species in general. Our own species was included. How long had we got? If we were to go extinct, would our extinction be self-inflicted? How doomed were we?

Biologists had been having such conversations since at least the Fifties. My father was a forest entomologist, and he was very interested in our collective stupidities and also our collective prospects. At the dinner table, when I was a teenager, a sort of cheerful gloom prevailed. Yes, things would get worse. Yes, we would probably pollute ourselves to death, if we didn’t blow ourselves up with atomic bombs. No, people didn’t want to face facts. They never do until the facts are unavoidable. The Titanic was unsinkable, until suddenly it wasn’t. Pass the mashed potatoes.

And that was before the cod population crashed, before the sea level had measurably risen, before Insectageddon, before we had even begun tracking global warming in any serious way. It was when we still had a big chance to stave off the worst impacts of carbon emissions. Now we have only a little chance, because we missed the other chances. Will we miss this one too? 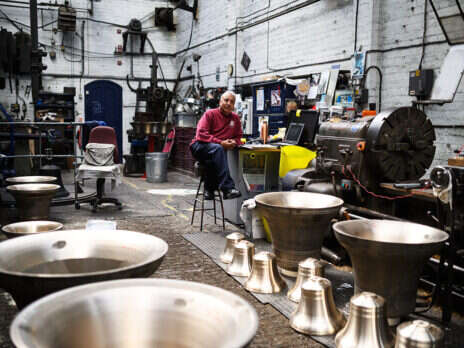 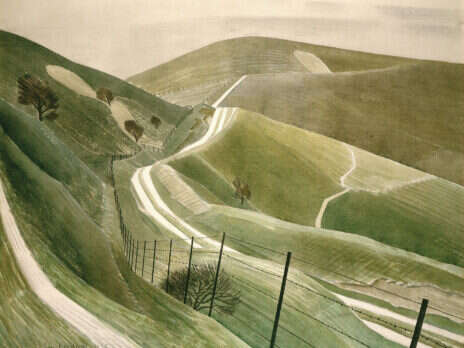 The premise of Oryx and Crake is that we currently have the capability to bioengineer a virus capable of wiping out humanity very swiftly; and that someone might be tempted to do just that, in order to save the entire biosphere and all life within it from destruction at the hands of our species. Think of what the scientist Crake does in the novel as a sort of triage: if humanity goes, the rest of life stays; but if not, then not.

It’s a high probability that if nothing is done to stop the climate crisis and the parallel species extinctions now well under way, a Crake will appear among us with a mission to put us out of our misery. In Oryx and Crake, we are to be replaced by an upgrade: humans without the fatal flaws and desires that have led us into our present dire predicament. The new humans don’t need clothing – thus no polluting fabric industries – and they are grass-eating vegans, so no use for agriculture. They are non-violent, self-healing and without jealousy. But Oryx and Crake is fiction. In real life, the production of such a species is not believable, or not in the short run. Yes, we are already gene-editing, but not on the scale envisaged by the design-a-species scheme in Oryx and Crake. If the climate crisis proceeds unchecked, we will disappear before we can execute a succession stratagem, because the oceans will die, and the major part of our oxygen supply along with them.

[See also: “I haven’t met a politician ready to do what it takes”: Greta Thunberg and Björk in conversation]

Crake did not believe we would have the will or the desire to reverse our lethal modes of living. We present-day humans would have to be eliminated just to keep the blue dot planet alive. If I could summarise humanity’s most necessary mission today, it would be in three words: prove Crake wrong.

But how can we prove Crake wrong? A complex question. I’m not sure how to answer it. If we reverse global CO2 emissions and dial back global warming – and that’s a big if – we will have at least begun. But then there are the other pieces of the predicament – the toxic chemical contamination of almost everything, the ongoing destruction of ecosystems, the social chaos that’s unleashed when famine, fires, floods and droughts strike and governments can no longer cope… the problems can seem overwhelming. One thing is certain: if people lose hope, there is indeed no hope.

In a small effort to begin with hope, I’ve participated in a thought experiment. It’s called Practical Utopias, and it has taken place on an online interactive learning platform called Disco. Why bother? I suppose this project was a response to a question I have often been asked: why have you written about only dystopias and not any utopias?

My answer used to go something like this. In the mid- to late-19th century, utopias were thick on the ground. Some were literary, such as William Morris’s News from Nowhere, in which beautiful people did a lot of arts and crafts in lovely natural settings, WH Hudson’s A Crystal Age, which solved poverty and perceived overpopulation by doing away with sex, and Edward Bellamy’s Looking Backward, which anticipated credit cards and was a huge bestseller. Some were real-life attempts, such as the Oneida Community, with shared sex and silverware; the Shakers, with no sex, but wonderfully designed simple furniture; and Brook Farm and Fruitlands, which were high on idealism and low on practical experience with, for instance, farms and fruit.

Then there were visions of futures populated with many new things and technologies – air travel, submarines, rapid transit vehicles of various kinds. So many transformative things had already been invented – steam trains, sewing machines, photography; why shouldn’t there be more, and then more?

Criticisms of capitalism were usual in these utopias, both literary and real-life: surely this rapacious system, with its boom-and-bust cycles and its extreme worker exploitation – should be replaced by something more egalitarian, with wealth distribution and sharing of labour. Utopias in general have addressed the problems that haunted their own ages, and in the 19th century, poverty and overcrowding, widespread disease, industrial and urban pollution, the condition of workers and “the woman question” were seen as the problems of those times. Every literary utopia I’ve come across offered solutions to each.

But then came the 20th century. Literary utopias disappeared. Why was that? Possibly because that century witnessed several nightmares that began as utopian social visions. The USSR came into being through the dreams of the Old Bolsheviks, but then turned into Stalin’s dictatorship, which liquidated the Old Bolsheviks, along with millions of others. Hitler’s Third Reich gained absolute power through promises to create jobs for all – all “real” Germans, that is – with the results we know. There are other examples too numerous to list, but one possible result is that literary utopias became implausible, whereas literary dystopias such as George Orwell’s Nineteen Eighty-Four – drawing much inspiration from real ones – proliferated.

Which brings me back to the question I was repeatedly being asked: why not write a utopia? Give us a bit of hope!

Literary utopias are challenging, as fiction – they tend to read like lesson plans or government reports. Everything’s perfect, so where’s the conflict? I wasn’t inclined to try. But then, why not attempt a real lesson plan, of sorts? Practical ideas that might actually address the pressing problems of our time – as literary utopias had attempted to do in the past.

Along came a new interactive learning platform called Disco. Would I do something with them? they asked. Yes, I said: Practical Utopias. In a nutshell, could we create a society that sequestered more carbon than it produced, while also creating a fairer, more equal society? We would have to consider the most basic elements. What would we eat? Who or what would produce our food? Where would we live? In dwellings built of what? The materials would have to be new ones. What would we wear? Made out of what – since the clothing industry is a big carbon polluter? How about energy sources? And travel and transport, if any?

In addition to these, we would have to consider how people would govern themselves, and how they would share wealth. Would there be a tax system? Would there be charities? What political structures would we have? What about our healthcare? What about gender equality? Diversity and inclusion? Wealth and resource distribution? What sort of arts and entertainment would we have, if any? Would we still make books from paper, and what kind of paper?

The beauty-product industry is wasteful: would we cook up our own hand lotion? Would we allow an internet, and, if so, how much energy would it burn? Would there be a police force of any kind? A judicial system? An army? And what about waste management, and – come to that – funerals? Cremation is highly productive of carbon dioxide. What are the alternatives to making one’s exit in a puff of smoke?

Just assembling the materials for this course led me and the researchers to a hoard of sources about which we’d had no idea. And inviting special guests with deep knowledge of these issues revealed to us that many of them did not know about the work that the others were doing. Raising awareness, sharing discoveries and envisioning ways of joining forces thus became part of our project. The climate crisis is multidimensional; any solution to it will have to be multidimensional as well. And these solutions, to be effective, would have to be adopted by a large section of society. A daunting prospect.

Les Stroud, who created the television series Survivorman, names four elements that anyone attempting to escape a life-threatening situation – a plane crash in the Andes, a boat adrift at sea – must have on their side in order to succeed. They are knowledge, appropriate equipment, willpower and luck. These may be present in varying proportions – even with no equipment, you might make it through if you have enough luck – but if you have none of the four, you won’t survive.

We as a species are approaching a life-threatening situation. How do we score on each of the magic four? We have a lot of knowledge: we know what the problems are, and we know – more or less – what must be done to solve them. Appropriate equipment is something we already have a lot of, and we’re inventing more by the week: new materials, new techniques, new machines and processes. At the level of households, and even towns and cities, we have the know-how to reinvent our way of life.

But what we’re lacking at the moment is willpower. Are we up to the challenges? Can we face the tasks ahead? Or do we prefer to drift aimlessly, thinking someone or something will descend from the sky to save us? Willpower and hope are connected: neither is much use without the other: in order for hope to be efficacious you have to act on it, but without any hope at all you lose the will to struggle on.

However, even if we have the knowledge, the equipment and the willpower, we’ll still need luck. But what is luck, apart from good weather? “We make our own luck” is an old saying. So let’s make some luck.

This article appears in a special issue of the New Statesman guest edited by Greta Thunberg and featuring contributors including Amitav Ghosh, Rebecca Solnit, Ai Weiwei and Björk. Read more from the issue here.

Buy “The Climate Book” with a 15 per cent discount here, with the promo code ClimateNS (purchasing a book may earn the NS a commission from Bookshop.org, who support independent bookshops)

[See also: “Writing is always an act of hope”: Margaret Atwood on The Testaments]

This article appears in the 19 Oct 2022 issue of the New Statesman, State of Emergency 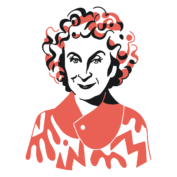