As 1931 turned into 1932, Picasso was 50 years old, famous, rich and admired. His main home was a swish apartment in Paris but he also owned an 18th-century manor house at Boisgeloup in Normandy; he shuttled between the two in a chauffeur-driven Hispano-Suiza; he was married to the Russian ballerina Olga Khokhlova, with whom he had a son, Paulo, and he had a mistress too, Marie-Thérèse Walter, then 22 but whom he had met when she was just 17. Both the Museum of Modern Art in New York and the Venice Biennale wanted to stage a retrospective of his work but he had plumped for the Galeries George Petit in Paris and the show was to open in June. To cap it all, an early work, La Coiffure of 1905, sold for a record 56,000 francs in February.

So Picasso in 1932 had a rich, full life. But then, when didn’t he? Such was his emotional and artistic fecundity (he is said to have produced some 50,000 individual artworks during his career) that an enterprising curator could make an exhibition from pretty much any year of his career. Those at Tate Modern have gone for 1932 and tagged it his annus mirabilis. Their reasoning is that a set of tensions was then at play that had profound artistic consequences: in his emotional life he was pulled between Olga and Marie-Thérèse, while in his art he had to choose between painting and sculpture, and surrealism and classicism. He felt too that he had to prove a point to the critics who openly wondered if his best days were behind him. 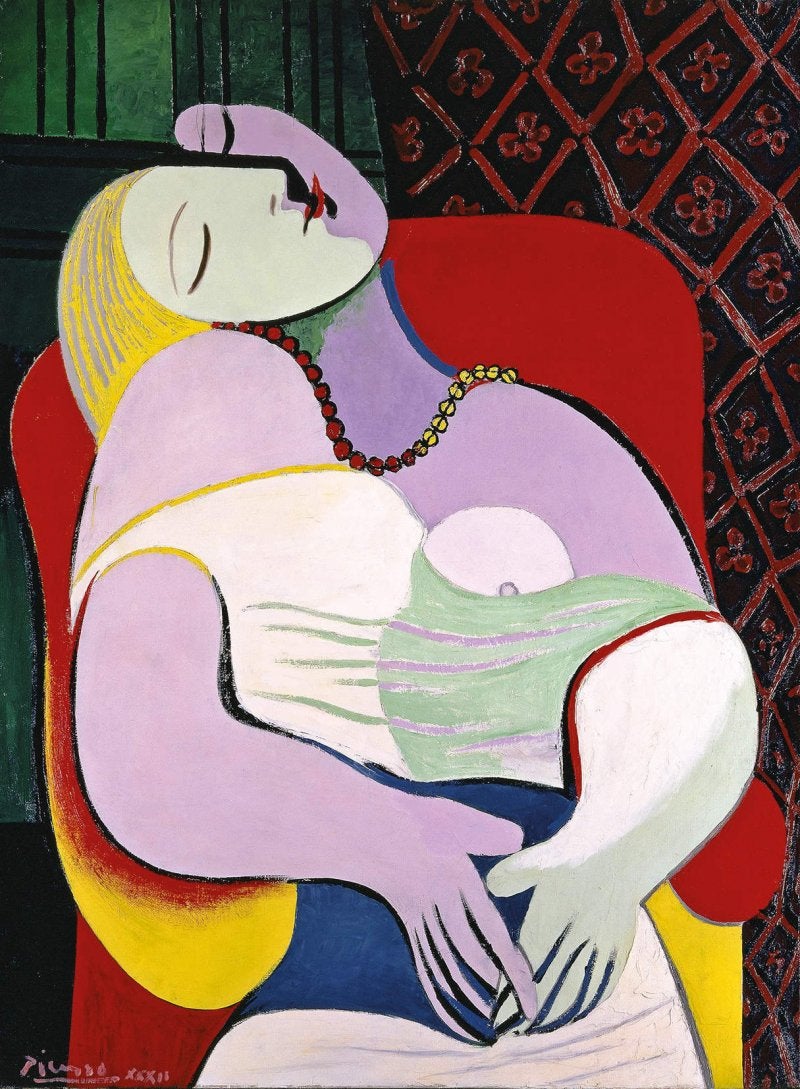 It is a tidy theory except for the fact his career to date was proof that he never settled on a particular style or even medium for long: relentless experimentation and unbunged creativity were key to his nature. Nor was he an artist whose self-belief ever wavered: as an impoverished foreign avant-gardist in Paris in the first decade of the century he was already convinced of his genius, and as a mature artist he believed his real peers to be the great names of art history – Velázquez, Rembrandt, Manet and just possibly, and grudgingly, Matisse. What 1932 did represent for Picasso was a year of, even for him, intense and focused activity.

The exhibition has travelled to Tate from the Musée Picasso in Paris; there it was called “Paris 1932: année erotique”, a much more apposite subtitle than the London incarnation’s bombastic “Love, Fame, Tragedy”, because the dominant motif is a single woman. Usually she is sleeping, sometimes in an armchair, sometimes lying down; in some paintings she reads or has a mandolin in her lap; in others she is placed near a window or a mirror, next to a bust or a pot plant. She appears on a beach and being rescued from drowning – and in one instance morphed into an octopus; she is painted, sculpted and drawn in a variety of styles, and she is ever present. Although Picasso neither depicts her in a straight portrait nor names her – she is always simply a “reclining nude”, a “swimmer” or a “sleeping woman” – she is Marie-Thérèse. 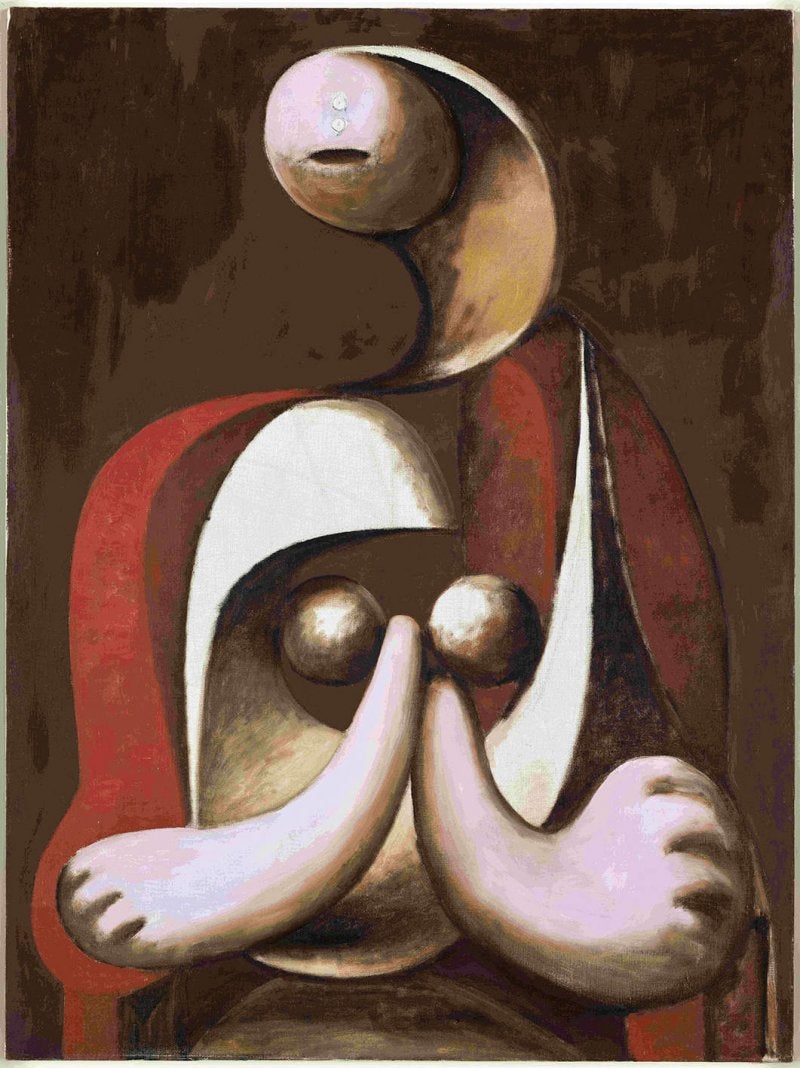 Poor Olga. Picasso thought he kept Marie-Thérèse a secret yet, despite acknowledging that “The work one does is a way of keeping a diary”, in 1932 he paraded her flagrantly in canvas after canvas. Worse than that, for the wife who had also been his model for 15 years, was that he paraded his feelings too. In Reading, painted on 2 January, she is chaste but in The Yellow Belt, painted four days later, the biomorphic shapes that denote her breasts and arms are also unmistakably and insistently phallic. Even in the tender The Dream (24 January), the heart-faced blonde asleep in a red armchair has a nipple loose and hands forming a V resting suggestively in her lap. The subject of her dream, Picasso clearly hopes, is the painter himself.

As he worked obsessively at his subject some fabulous pictures emerged from the more workaday. The Dream is one, the monumental Nude in a Black Armchair and Nude, Green Leaves and Bust (which in 2010 fetched $106.5m, then a record price for a painting sold at auction) are the most notable others. The dealer Daniel-Henry Kahnweiler saw the latter pair, all curves, lilac flesh and rich colour (Picasso is not always thought of as a colourist), when they were still in the studio. He later wrote to a friend that “‘It seems as though a satyr who had just killed a woman could have painted this picture,’ I said to him about one of the two… we came away from there stunned.” It is the sort of hyperbolic comment Picasso’s work often attracted but nevertheless gives a clear idea of the force of the paintings.

It is also, though, wide of the mark. There is some violence in the exhibition but what all those Marie-Thérèses speak of is Picasso’s yearning to possess her, first physically and then, just as importantly, to appropriate her calm. This last, as evidenced by the frenetic output of 1932, was a quality alien to his restless fingers and unquiet mind.

The exhibition runs at the Tate Modern until 9 September

This article appears in the 21 Mar 2018 issue of the New Statesman, Easter special