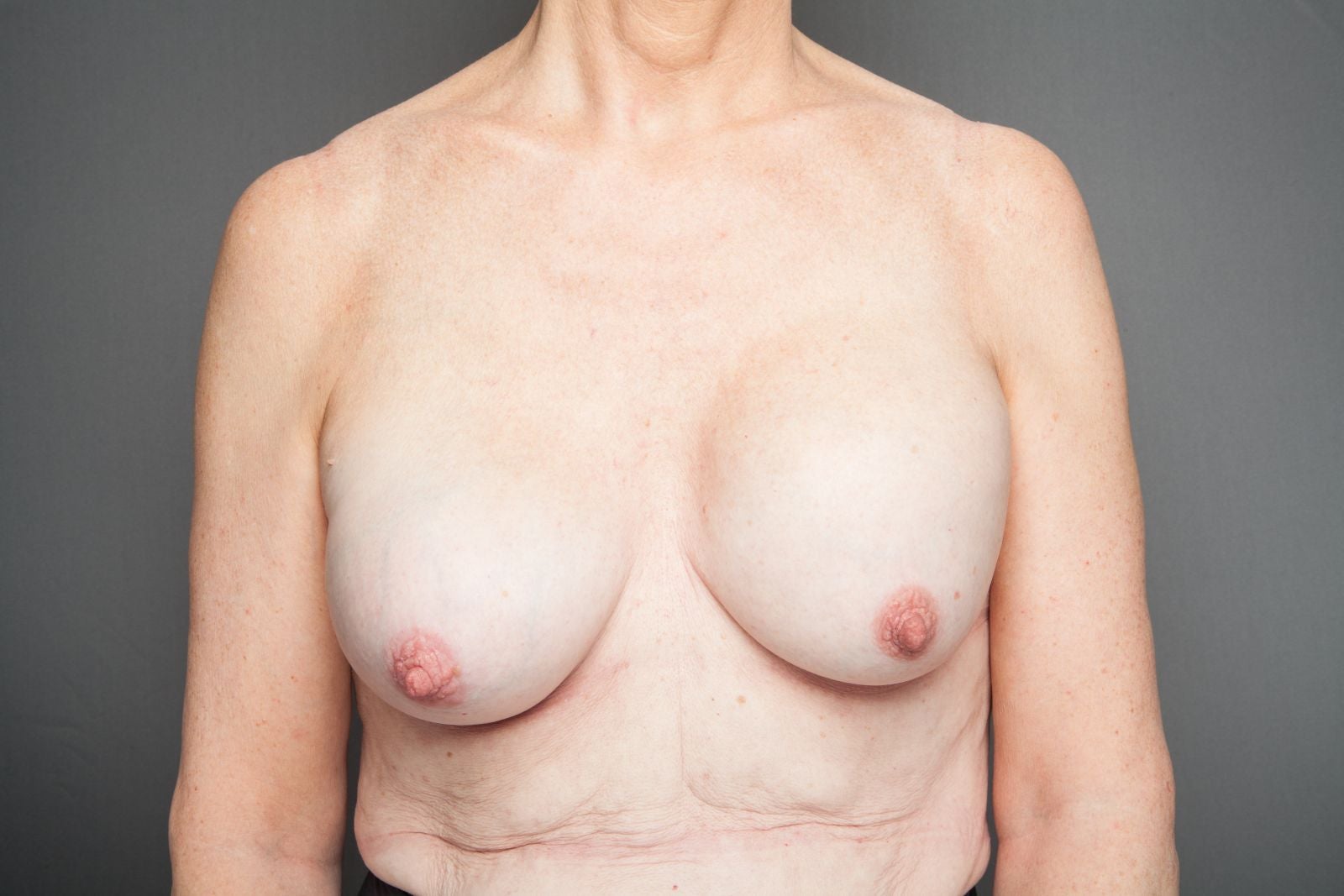 I knew from the age of five that I identified as female. I regarded my male genitalia with absolute horror. I wondered what this bit of skin was. I hoped it might fall off. (laughs) As I got older I realised I was stuck in a body I detested.

I was dreading puberty because it meant becoming more masculine. I’d read a story about school boys in Italy who were castrated to retain their soprano voices, and they didn’t grow facial hair or develop typical male bodies. So, at the age of 10 I planned to run away to Italy. I saw it as the only way out. But I realised I would probably be caught, in shame, and my father’s reaction would have been… (pause)… After the Christine Jorgensen story broke, my father’s opinion was that freaks like that should be locked up and the key thrown away. I knew I had to hide how I felt about myself, for fear of losing his love, and also fear of being incarcerated.

I did once tell my mother how I felt. I was standing in one of those old-fashioned deep sinks while she was washing us. I told her I was a girl and I shouldn’t have a penis. All I got was a smack on my wet backside and I was told, “Don’t be so silly, and for God’s sake don’t let your father hear you talk like that”.

I hated what happened to my body when I went through puberty. Once I got to grammar school I knew that I’d have to pull myself together, otherwise the verbal abuse I’d had at primary school would probably turn into physical abuse. I resolved to fit in, but I found myself attracted to boys, which back in those days was a complete no-no. I felt like a freak.

After my father died I found the courage to go to my doctor. He referred me to the local hospital’s psychiatric unit. The psychiatrist tried to persuade me to undergo electro-convulsive shock therapy, which I refused. He then suggested to me that if I was put on a course of testosterone it would make a man of me. I bloody hated that idea. I discovered quite by chance that one of the hospitals in Manchester had opened one of the first gender identity clinics. My psychiatrist was glad to get rid of me to be honest (laughs) and he referred me. I was 27.

The clinic diagnosed me with gender dysphoria. After six months of hormones, my body started changing and I grew breasts. I loved the fact that my body was becoming as I knew in my core it should be.

I told my mother when I was referred to the clinic. I was nervous because of the earlier rejection, but I had two choices: either tell her, or just disappear and never contact her again. I couldn’t be that cruel, I had to give her the choice to accept it or not see me again. The only way I could actually tell her was in the third person as though it had happened to a friend of mine. About two-thirds of the way through the story my throat was tight like a vice was round it, and tears were pricking, and my mum said, “And that little boy was you, wasn’t it? I’ll always love you and we’ll get you through this together”. From then on, we were so much closer. She was marvellous, she supported me until the day she died.

There is so much more help now. But even in this day and age, so many transsexuals think of suicide, and many of those actually try to commit suicide. The suicide rate is appalling. I’ve seriously attempted suicide twice.

I always detested what was between my legs. My ultimate goal was surgery to remove it. I had the penectomy, vaginoplasty and labiaplasty. It’s the most painful operation you can imagine. I came around in recovery and thought, “Fabulous! It’s gone!” It was such a wonderful feeling to know that I didn’t have that thing between my legs.

They create a clitoris which is very sensitive. It’s great, it works, I have orgasms. I have full sexual intercourse and it all works. The act of penetration isn’t just physical, it also happens in my head. It looks as though I was born with it, even though they do far, far better ones now. It passes. It must do! (laughs) Of course I don’t lubricate like other women, although by this age other women don’t in the same way either. I’ve finally caught up with where I would have been!

The hormone therapy developed my breasts, but they stopped growing when I reached an A cup. Because I had been through male puberty my back was larger than a typical female, and an A cup on a large frame is very small. So I opted to have breast augmentation about a year after the penectomy. I had implants which took me to a B cup. Because of the tightness of the skin that was as large as I could go.

Mentally I felt fabulous. They looked how I had imagined myself from when I was seven or eight years old. I had the body I dreamed of for all those years. It was like all my Christmases had come at once.

Men noticed me a lot more, they became more attentive. If I was out with friends a man might come across and ask to buy me a drink. I had offers of dates from strangers. It was very flattering. I was finally myself and getting attention from men. I had wolf whistles, comments like, “She’s good-looking”. It made me feel good about myself.

A few years ago I had a rupture so they had to take out the implant. Because of modern techniques I could go up to a D cup. I was 64, but that was when I noticed men talking to my chest. It was a most unusual experience: instead of looking at my face when they were talking to me, they were looking at my chest. There was an initial feeling of “Yes!” and then I felt slighted. He wasn’t interested in talking to me, he was only interested in eyeing up my chest, and it was as though I was irrelevant as a person.

Without a doubt the lower surgery is what made me feel most like a woman, but the breast surgery was the icing on the cake.

I’ve had about 10 partners. Not everyone has known I am a trans woman. No one who hasn’t already known has guessed. I was going out with a man from a group of friends from my church. It became more serious and he moved in with me. All was well. I thought he knew, although I’d never told him. I thought it was my business, it was so personal. It became more difficult to tell him. He made a reference to getting married and having children, and I thought, “Oh hell, I’ve got to tell him”. So I sat him down and brought the subject up. He went bananas. He called me a freak, he punched me, he broke my nose, broke a number of ribs. I was black and blue. That was the first time I had suffered from male physical violence. It put me off men for a number of years. I was asexual for a time. I felt I couldn’t have a relationship with a guy because I didn’t know when the next punch was going to come.

Breasts are an integral part of my identity as a woman and of my sexuality. I have a very high level of sexual pleasure from my breasts, they are very, very erogenous. They are the outward sign of my femaleness and I love the fact that when I am in bed with a guy he will be attracted to them. That in itself makes me feel more feminine. I get this sort of hotline between my breasts and my vagina, and my whole body starts to glow and the desire increases. Whereas, if he was solely interested in my vagina I don’t think I would be turned on to the same extent. Breasts are an essential part of my foreplay.

When I finally got my breasts it was like winning the lottery. I was so pleased. I’ve got the complete picture now. I’m so proud of them. I love them.