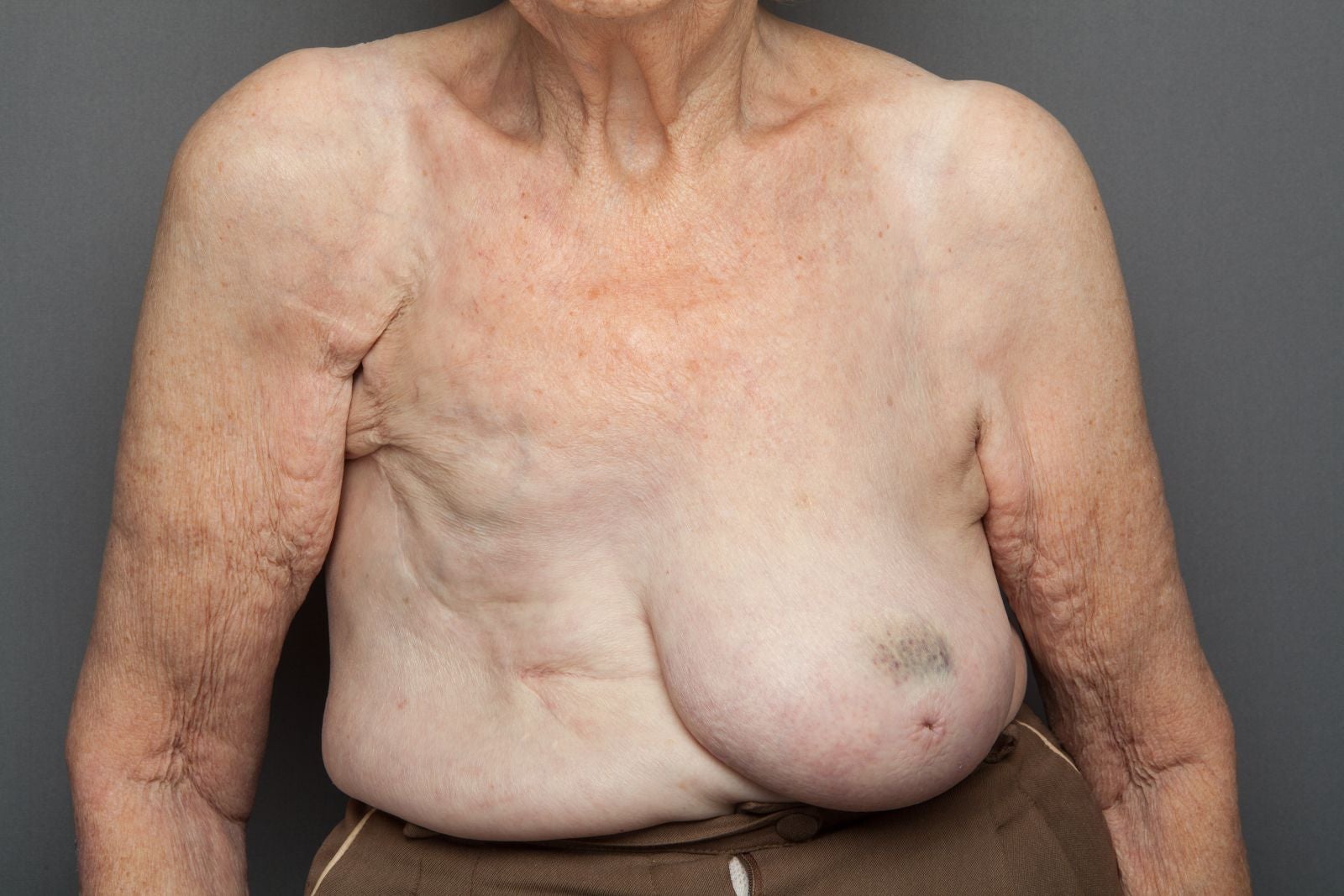 I’m afraid my daughter was born a week before Hitler marched in, and my milk went. It was the shock. We were Jewish. I intended to breastfeed her, but in the end she grew very well without.

My husband was taken on Kristallnacht, the day everybody was taken. He had gone out, against my advice. The authorities wanted me out of my flat. I went to the SS headquarters and told them in no uncertain terms what I thought of them, “I’m not going to leave my flat and you can kiss my arse!”. (laughs) Maybe it was foolish, but attack is the best defence. My husband was in Dachau and somehow I had to get him out.

My husband’s boss was an ex-Nazi, but he was a very nice man, and he was fond of us. I asked him what to do, and he said, “Go to the Gestapo”. I thought that was a good idea. My parents said I couldn’t, but I said, “I’m not afraid of the Devil! And if it helps, I will do it”. I rang up and made an appointment.

I saw a middle-aged man and we got talking, about this and that, like us now. After half an hour he said he had to go, but he said, “I tell you something, I promise I will get your husband out, in three weeks, but I want something from you”. I knew what he wanted, but I said, “Oh, what can I do for you?”

“I want you to visit me twice a week, I love talking to you.”

“What days do you want?”

I was quite prepared for anything. What’s my little thing, if it means getting him out? It’s unimportant. Getting him out, that’s the important thing. But the man really only wanted to talk. I entertained him, I had prepared some topics – like Scheherazade! And after three weeks, to the day, my husband came home.

We came here as refugees with no money at all, so we had to start right from the bottom, with a one-year-old child. The English were very lucky not to get me as a domestic, because I had never done anything, I had a maid at home. I started as a secretary and worked in the rag trade in a showroom in the West End.

My boss wanted me to get into the stores, but that was not an easy task, especially when you look like me. The representatives from other firms were elegant, tall, chic, and there was me, a little nothing. I knew I didn’t have a chance, and my boss was very dissatisfied; he said it was my dress. I said, “For what you pay me I cannot dress any better”. That was it, I left.

When I was 52 I went to the doctor, and said, “There’s a lump in my breast”. I’d had a hysterectomy four years earlier, but there was nothing there, it was benign. This time I thought it would be cancer. In those days they did not take a biopsy, if there was a lump it was taken out, that was standard, and the whole breast was removed. It was benign and I didn’t need the radio treatment I’d been about to start.

In a way I felt relief that it wasn’t cancer. I could have sought legal proceedings, because I was disfigured, but in those days you didn’t think about those things. My husband didn’t mind. I said to him, “How do you mind having a wife with only one breast?”

We had a very happy marriage, and there was no ill effect at all. That was our marriage, everything was talked about and that is why we had 52 happy years.

My breasts were important, they were erogenous. My husband and I had a very good sexual relationship, as well as the friendship. Nothing changed after the mastectomy, our sex life didn’t change until my husband had an operation for his prostate. I consider I was blessed. 52 years, how many people are blessed with that? Not many.

After my husband died, I got my independence which was very important to me, and I could do what I liked. There is always something positive. It’s the way you look at life.

I fell over last week, that’s why I have a bruise on my breast. It hurts. But again, it’ll go. I always manage my falls by relaxing myself. I never hurt myself, except bruising. I don’t fall over much, the last time was over a year ago. I don’t use a stick yet.

When my nipple inverted suddenly about 10 years ago, I immediately went to the clinic to have it examined. I know it is a sign of cancer, but it can also be a sign of old age. It doesn’t bother me.

I was conscious of the mastectomy and wouldn’t have exposed my chest. I would never have gone topless anyway, never, even in my younger days. Don’t forget, I was born in 1912, things weren’t quite as…We had nudist clubs, but that wasn’t for me.

My breasts were never of any importance to me. I was always small, I didn’t have a good figure, I didn’t consider myself very good-looking, I was average. But I was vivacious and always had lots of friends and boyfriends. My body didn’t bother me because it wasn’t important. My figure has hardly changed. My mother-in-law said, “She’s a very nice girl, but where does she keep her organs?”

I’m very careful with my appearance. I wear a prosthesis. I forgot it once on holiday. I had to use loads and loads of plastic bags! (laughs) If I go swimming I have a costume with an insert. I used to swim every day until three years ago. When I was 97 I would swim 20 lengths in one go, but my physiotherapist said it was too much.

I am still interested, and still learning. I’ve had quite an interesting life. I still go to the opera, bridge. When I heard about this project I thought it was a good thing.