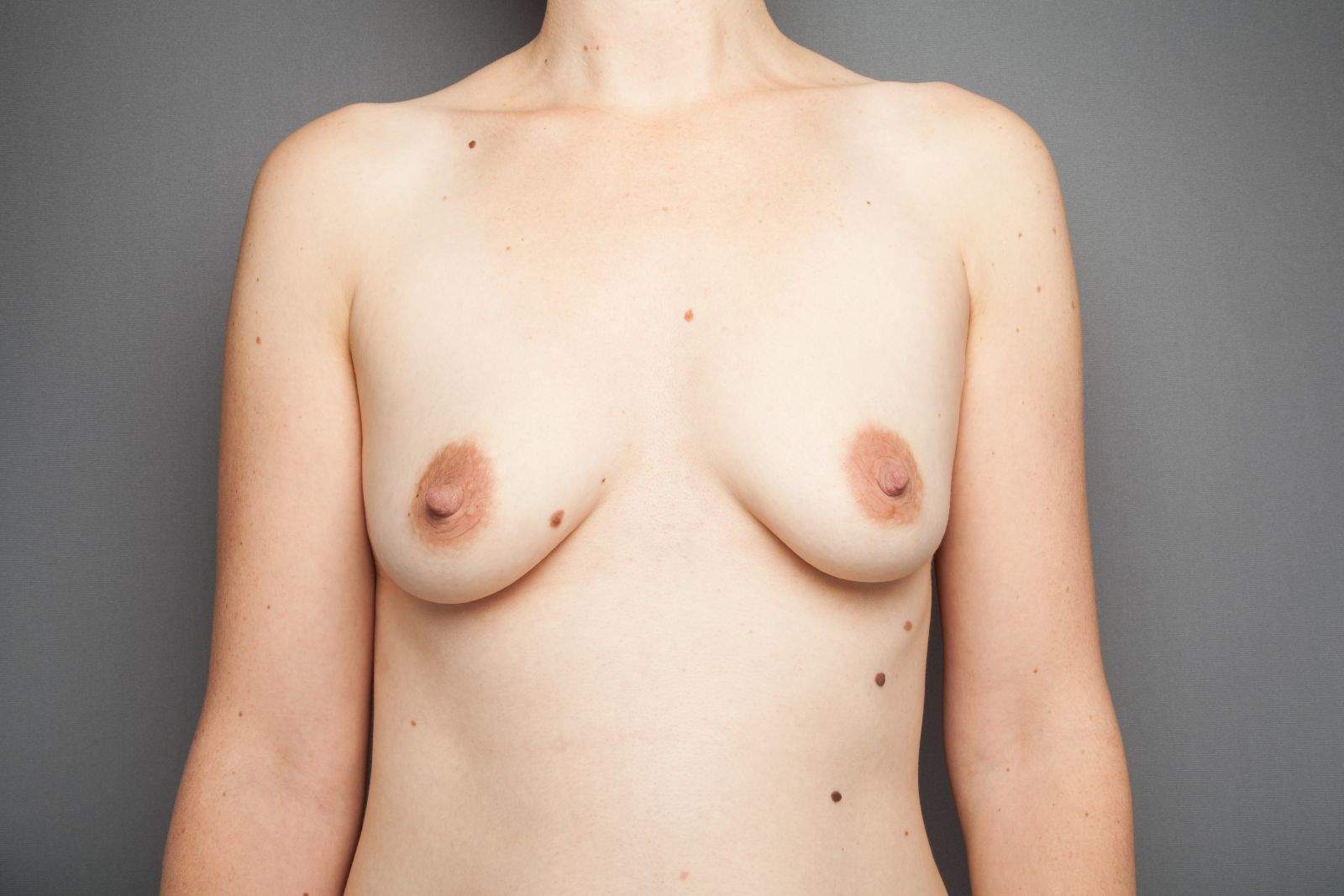 My breasts are smaller than they were a couple of months ago. I stopped breastfeeding my daughter when she turned one. They suddenly changed. I’m not sad about it, but it’s been interesting.

The clothes I wear have changed, largely to do with my boobs. Things that looked nice before are baggy now because there is less filling them. In my role as a priest I have to wear clerical shirts which come right up to the neck, and there is no cleavage on show. On maternity leave I quite enjoyed wearing lower-cut tops in conjunction with bigger boobs. It was nice to get a sun tan on my chest (laughs) and feel a bit more feminine!

The way the clergy dress is partly to diminish our individuality. The priest is vulnerable to quite a lot of projections and transference because we hold a particular, emotionally-loaded position; we deal with inner worlds and spirituality. I know women clergy who struggle with how to dress. Men’s business dress has tended to be less exciting, but women are used to brighter colours, and patterns and dressing to flatter their shape. Wearing a high-necked shirt is not flattering for me, yet that is what we are given in the tradition of denoting our role. I dress traditionally in black and I wear tailored trousers and skirts. I have a friend who wears her collar as a kind of choker above a lower-necked shirt. I think that was useful in the hot summer. That would be a step too far for me in terms of flamboyancy, it would stand out.

Because of this interview I’ve been thinking about my boobs. Mostly I think about breastfeeding when I think about my breasts because of having two small children who have breastfed for the best part of a year each.

I feel completely comfortable breastfeeding in church and I encourage other mothers to do so. I don’t think people should feel embarrassed about it at all. In the Eucharist service there is a prayer at which the bread and the wine are offered to God and made holy. The words of Jesus are said during that prayer, about the bread, “This is my body, broken for you, do this in remembrance of me”. And the wine, “This is my blood given for you”. As I was breastfeeding my baby with my body at that time, the image of Jesus feeding his friends at the last supper with his, and then the church for generations and generations, had a profound resonance for me.

I have found that quite sustaining when I have been trying to work out the spirituality of being a mum and being a priest, and how those significant things fit together in my life. The image of the Eucharistic prayer, the mother feeding her baby with her body, Jesus feeding the church with his body, has been quite helpful in understanding how I can inhabit this world as a priest and how I can give those words meaning for the congregation.

Being a mother and being a priest are both roles which require availability to the people you care for. Because the two roles came quite close together in time for me, I’ve had to work out how to share myself between the two things. I can do both simultaneously, there is an overlap. When you are breastfeeding you are giving your body to sustain another person. That impacts on you because you have to think about what you are eating and drinking and physically where you are at any given time in case you are required. It’s an interesting way of reflecting on how I am as a mother and how I give myself in the priesthood. Being there for someone can be physically limiting, or tiring, or enjoyable.

The Christian church has had a lot to do with women feeling negative about their bodies and ashamed of their sexuality. I think men are probably quite afraid of women’s power to bring forth life and feed their babies. That’s probably part of the reason women have been oppressed and made to feel ashamed.

We are told God gives life and creates. Jesus feeds us with his body. As a woman, if you have children, you can connect with that. There is not a lot in the Christian tradition that really picks up on that as a fruitful image. In the Old Testament there is imagery of God mothering, and in medieval times I think there was imagery of Jesus breastfeeding the church. There was a lot more freedom about using imagery like that in those times, life was more earthy.

There is an order of nuns I have been to on retreat. Their emblem is a breastfeeding Madonna and they have a statue of Mary breastfeeding Jesus. I find that image very powerful just before walking into a church.

A former bishop has used this image of Mary as an argument for having female bishops. His line is that a bishop’s role is to feed and nurture the body of Christ, the church, and he says Mary was the first bishop because she nurtured and fed the body of Christ, in her son Jesus.

I try never to refer to God in the masculine if I can help it: I’ve always struggled with God being described as masculine, although I am given words to say in prayers which I cannot change. The experience of sustaining somebody has been helpful as an image of how God can sustain us. When I think of God as a parent, it’s that kind of love and nurture, although I’ve never imagined being breastfed by God! (laughs) God isn’t female or male.

There was a woman breastfeeding at the back of the church and I asked if she would like to receive communion there. She didn’t want to come up with her baby latched on and she was missing out at the back. There was no reason for her to have to choose between breastfeeding her baby and receiving communion.

I encourage women to feel comfortable in church and I’ve led by example. Baring my breasts in my own church wasn’t something I imagined I would be doing! (laughs) It doesn’t sit uncomfortably with me though, it’s natural and important not remotely embarrassing.