Gordon Brown is correct that not to anticipate devolution becoming a tool for nations to attack the UK government was naive (“How to save the United Kingdom”, 20 November). New Labour  also wanted to introduce regional assemblies, which would have lessened the separatist influence of the Scottish Parliament. It should have been devolution for all, or nothing. The SNP was handed a gift by New Labour that enabled the party to attack the UK government. All it had to do was wait for the Conservative Party to come back to power so as to draw true dividing lines between Scotland and Westminster. Germany and the United States have made a success of devolution. But imagine if they made the same mistake we did: Bavaria or Texas, two long-standing former independent nations, being one of the few areas with devolved power. The separatists would have been able to blame the national government for everything. In reality, there are 16 states in Germany and 50 in the US. It’s not so easy to blame the federal government for all your woes if other devolved areas are succeeding. If devolution is to succeed, then all nations and regions need to be devolved.
Luke Joseph
Warrington​

The real threat to the Union comes not from Scotland, Wales or Northern Ireland, but England (“How to save the United Kingdom”, 20 November). Anglo-centric British nationalism, exemplified by Boris Johnson, sees the Union as an extension of England, which alienates the rest of the Union and denies England an existence of its own. Meanwhile, discontent at the outcomes of Union government for England has spilled over into English support for Brexit and the sidelining of the devolved nations that has followed.

The future of the Union depends both on England being able to govern its own domestic affairs, and on the constraint of the English speaking for the Union. Both require England to be recognised as a nation within a federal or confederal union. Gordon Brown is hardly Anglo-centric, but his British nationalism also denies England an existence.

Fair funding for English regions, however desirable, and a few consultative seats for English councillors fall far short of the national institutions England needs – for itself and for the future of the Union.
Professor John Denham,
University of Southampton 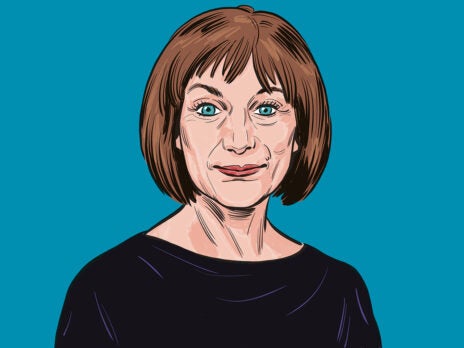 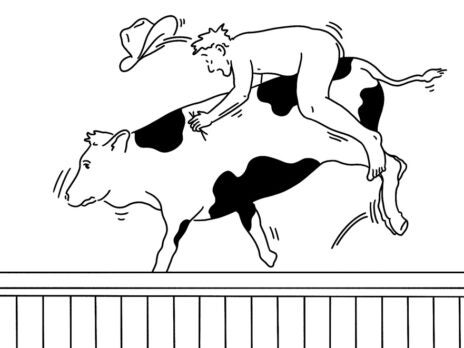 Although Gordon Brown’s elaborate plans for saving the UK are admirable, he should be reminded that, no matter how well-conceived a political system, it can be corrupted by charlatans who achieve power and attempt to retain it by subverting its unwritten conventions.
Lawrie Schneider
Livingston, New Jersey, USA

It was both pleasing and disappointing to read Gordon Brown’s article on the changes required to address the dysfunctional British state. His diagnosis was solid and reflected both a practical and a moral dimension. His proposed four pillars are sensible and well founded.

Unfortunately, his proposal doesn’t properly address his own diagnosis: how can he quote Abraham Lincoln about a house divided, and the need for “a government representative of the whole country” without proposing reforming our first-past-the-post system for elections to Westminster? It’s not just minorities who are outvoted by our system – it is majorities, too.
Alastair Henderson-Begg
Via email

Rachel Cooke is entitled to her opinion of Small Axe: Mangrove as an indulgent, flabby and plodding film that induced in her a guilty boredom (The Critics, 20 November). What I object to are her recommendations for where we, the programme-makers, might have considered making cuts, which occupy a significant part of her article.

One suggestion is that we have a go at the “long speeches”, which do not make for “involving dialogue”. This is because they are important representations of speeches made in real life, when Darcus Howe and Altheia Jones were representing themselves as defendants at the Old Bailey in the trial of the Mangrove Nine. This was in 1971, when black defendants were hardly encouraged to speak, let alone conduct cross-examination and deliver a summing-up, and yet this is what they did, in a trial lasting 55 days.

In doing this, they gave black people a voice in the courthouse and made history – a history then forgotten by all but a few, which has now been revived by TV drama. Why would we seek to take those voices away when it is our sole purpose as film-makers to restore them?
Tracey Scoffield
Executive Producer, Small Axe

Rachel Cooke’s review of Steve McQueen’s drama was excellent except her reference to it being “a bit plodding”. For me it was engrossing from start to finish. It took me back to the early 1970s when I was a social worker in Thornton Heath. I was frequently in court trying to speak for local young black people who were targeted, convicted and sent for three months to detention centres (the era of the “short, sharp shock”), usually for minor laddish behaviours. Their mothers and grandmothers would sob when I took them down to the cells.
Patricia Cooper
Budleigh Salterton, Devon

Jason Cowley in his excellent column about Boris Johnson writes that “the gods are watching and they are seldom benign” (Editor’s Note, 20 November). This is true if the gods we worship are the idols of capital, nationalism and egotism: gods that are projections of ourselves will always end up eating us for breakfast.

Later, Cowley quotes Jonathan Sacks: “Rarely has it been clearer what we lose by focusing on the ‘I’ and gain by caring about the ‘we’.” Such wisdom sprang from Sacks’s relationship not with an idol of our fears and desires, but with the transcendent God of love who leads us out of fear and egotism and into just relationships with each other.
The Reverend Ben Brown
Merstham, Surrey

I was intrigued to read Bob Wolfson’s analysis of the Prime Minister’s failings in the context of the Stockdale Paradox (Correspondence, 13 November). However, I was struck by the possibility that Boris Johnson’s “fondness for the classics” may be entirely compatible with the paradox’s terms. As Virgil’s Aeneid shows us – a work that Johnson once suggested was the finest poem by the finest poet – pious Aeneas is not only supplied with the knowledge that he and the Trojans will “prevail in the end” by founding the Roman race, but also must face “the brutal facts of current reality”. As Johnson is waylaid by a pandemic and undertakes negotiations with foreign leaders, perhaps the books of his favourite epic might not be such an irrelevant guide.
Steven Ilott
Windsor, Berkshire

I couldn’t agree more with the two recent letters on the value of PSA monitoring for prostate cancer (Correspondence, 7 and 13 November). I recall Canadian articles several years ago suggesting the value of the blood test was marginal at best, but I have no doubt that, had I not had routine PSA tests, I would likely be dead. A sudden change in PSA level, followed by a biopsy and pathology, showed the existence of several malignant tumours. Immediate radiation therapy has left me cancer-free for ten years. I hope that this will continue – but I still have a routine PSA test.
Gordon Erskine
Montreal, Canada

Megan Nolan is not quite right when she states that John Osborne’s 1959 musical The World of Paul Slickey was greeted by “seemingly unanimous contempt” (The Critics, 20 November). A few left wing writers, including Michael Foot in the Daily Herald and Mervyn Jones in Tribune, were enthusiastic about Osborne’s satirical put-down of the excesses of the idle rich and the gossip columnists who chronicled them. And the critic of the Church of England Newspaper enjoyed the depiction of a clergyman who performed the jive in one of the more raucous scenes.

It’s true, though, that those critics were in a minority. I saw it in Brighton on its way to London’s West End. It was truly dreadful.
Michael Leapman
London SW8

What is the solution to “the gullibility and mental laziness of the average voter” as described by Brian McClinton (Correspondence, 20 November)? I read that democracies only work with an educated population: the problem seems to lie in deficient education systems that don’t teach ethics and decision-making. I had to wait for my university education to find out what questions I should be asking.

But does that explain the Belarusians’ willingness to sacrifice so much to get rid of Alexander Lukashenko? Is that solidarity against injustice imbibed from generations of parents who valued it, and if so, how did they acquire it?
Eve Steadman
Cambridge

No peak in sight

Alec Marsh writes that partly because of the effects of Covid-19, London has lost its raison d’être (“Peak London”, 20 November). But London is so much more than a place of work. It is a centre for higher education; galleries, museums, libraries, theatres and concert halls are a rich source of culture. Progress requires people getting together to solve problems: I believe there will be some return to working in cities. If not, with fewer people commuting, London will be even more delightful when the pandemic has passed. I look forward to enjoying it again.
Mary Davies
Lymington, Hampshire

One for the fridge

Nick Garbutt (Correspondence, 20 November) bridled at John Gray’s observation that “an invisible faith in its superior rationality is the fatal conceit of the progressive mind” (“The struggle for America’s soul”, 13 November). Meanwhile, I thought it was such a delicious phrase that I wrote it on the magnetic shopping list on our fridge.
Lizzie Pittwright
Glastonbury