The US is in trouble financially. Many have been quick to blame the deficit on bailouts, wars and general government profligacy. The main cause, however, is something more simple: falling tax receipts. As Ezra Klein points out: 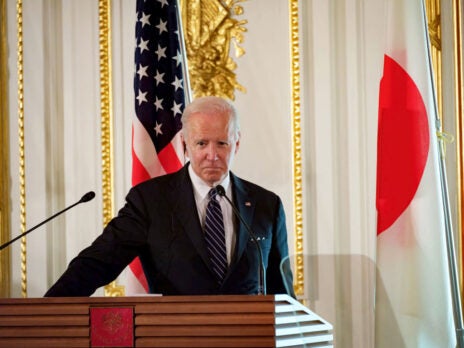 Revenues right now are less than 15 percent of GDP — a 50-year low, and well below the 19+% that historically accompanies balanced budgets.

Bachmann’s support may be slightly soft according to a Beltway Briefing earlier this week, but it is still on the up-swing, according to a new poll in the Des Moines Register. Politico spotted it:

The big mo is currently all Bachmann’s.

The campaign group Right Wing Watch have created a video splicing clips of potential presidential candidate, the Texan Governor Rick Perry speaking to the nation in amongst various homophobic, anti-abortion, right-wing clips from Confederate groups he has ties with.

Perry’s broadcast asks his viewers to join their fellow Americans at a prayer rally because “things spiritual in nature” are needed more than ever in a world where people are “adrift in a sea of moral relativism”. News comes today that Perry is being sued by a group of atheists and agnostics for what they view as a violation of the constitutional principle separating church and state.