The first News of the World journalist to blow the whistle on phone-hacking at the newspaper has been found dead, according to the Guardian. His death is not – not – being treated as suspicious. Sean Hoare was one of the main sources for the in depth New York Times investigation into phone-hacking, which reignited interest in the case. Hoare was one of the few to go on the record in the report.

His allegations against former News of the World editor Andy Coulson were extremely damning. The New York Times reported it thus:

Sean Hoare, a former reporter and onetime close friend of Coulson’s, also recalled discussing hacking. The two men first worked together at the Sun, where, Hoare said, he played tape recordings of hacked messages for Coulson. At News of the World, Hoare said he continued to inform Coulson of his pursuits. Coulson “actively encouraged me to do it,” Hoare said. 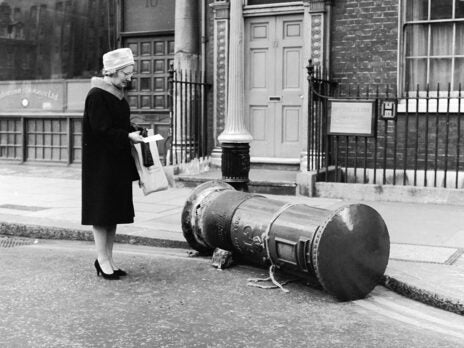 Letter of the week: Devolved thinking

Hoare said he was fired during a period when he was struggling with drugs and alcohol. He said he was now revealing his own use of the dark arts — which included breaking into the messages of celebrities like David and Victoria Beckham — because it was unfair for the paper to pin the blame solely on Goodman. Coulson declined to comment for this article but has maintained that he was unaware of the hacking.

Hoare also told the New York Times about the practice of “pinging” – whereby journalists would pay police officers to “ping” someone’s phone, in order to track down someone’s precise location. “Pinging” was intended to be used only by the police on high-level suspects, rather than celebrities.

A former show-business reporter for the News of the World, Sean Hoare, who was fired in 2005, said that when he worked there, pinging cost the paper nearly $500 on each occasion. He first found out how the practice worked, he said, when he was scrambling to find someone and was told that one of the news desk editors, Greg Miskiw, could help. Mr. Miskiw asked for the person’s cellphone number, and returned later with information showing the person’s precise location in Scotland, Mr. Hoare said. Mr. Miskiw, who faces questioning by police on a separate matter, did not return calls for comment.

Hoare’s death is a sad twist in what has become an almost absurd tale.