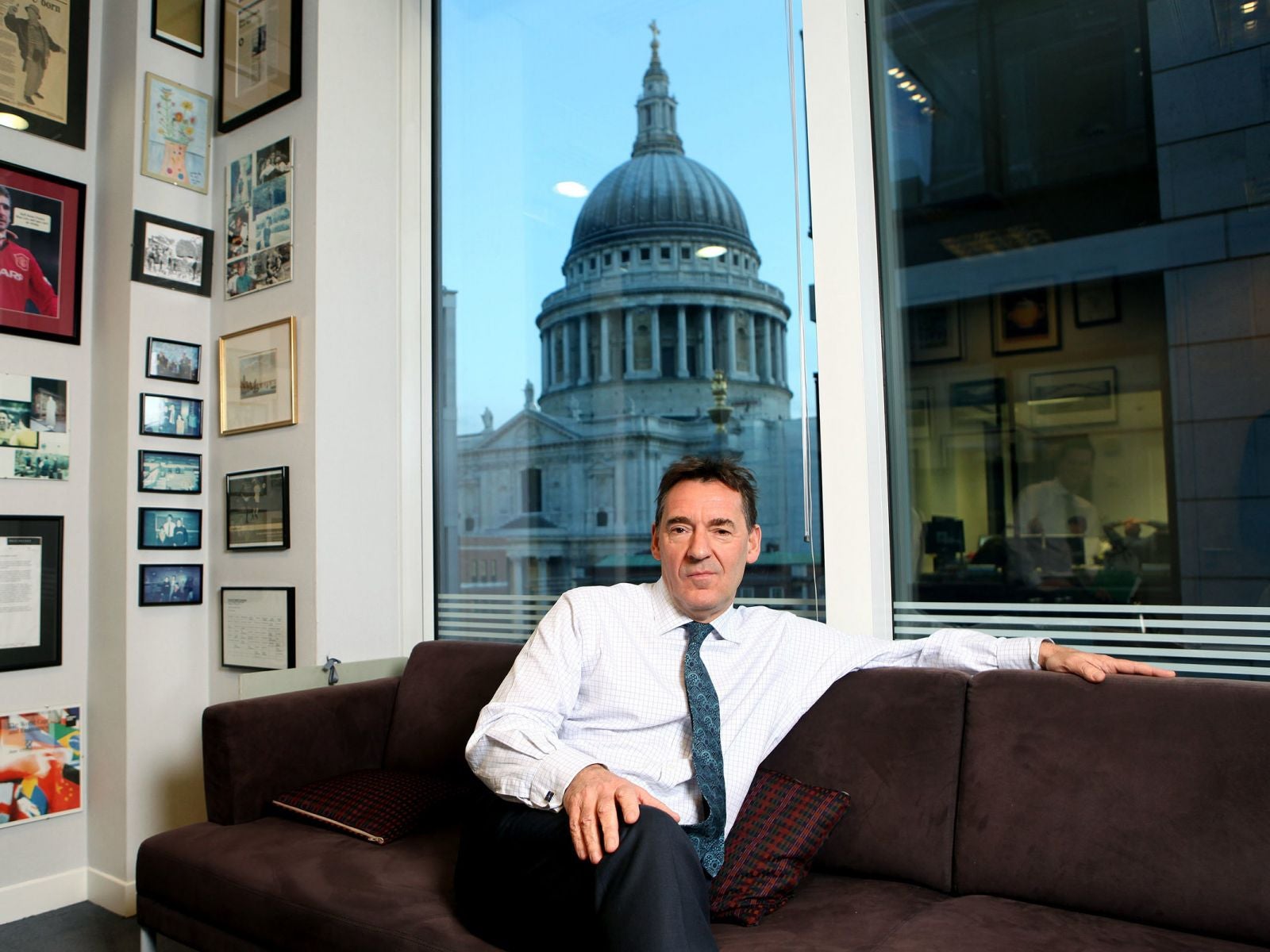 Focus first on wealth: O’Neill argues that, in countries with the right conditions, the will to develop is the prime motor for growth. Image: Clara Molden/camera press.

Thirteen years ago, Jim O’Neill, a chief economist at Goldman Sachs, coined the term “Brics” to describe the four countries he predicted would be among the next global economic giants: Brazil, Russia, India and China. The acronym caught on, to an extent that O’Neill describes as “flattering” – but he also feels “irritated” by having to defend his theory.

“Someone has just written a book called Broken Brics, and I’m just like, yawn,” he says, collapsing into his seat with feigned exhaustion. “If I dreamt it up again today, I’d probably just call it ‘C’,” he adds, perking up. “China’s one and a half times bigger than the rest of them put together.”

But O’Neill, now 56, is moving on, from both banking and the Brics. He left his role as chairman of Goldman Sachs in April 2013 after 18 years of working at the investment bank. Deciding that he couldn’t better his former role, he resolved to do something different. I’m meeting him at a private members’ club in central London to discuss his newest acronym, Mint, and the accompanying Radio 4 series.

“Mint” stands for Mexico, Indonesia, Nig­eria and Turkey: four countries that O’Neill forecasts could be among the ten largest economies in the next 30 years. It was originally Mist, with the S standing for South Korea – but the BBC convinced him that it would be better to include Nigeria. “It’s slightly embarrassing but also amusing that I kind of get acronyms decided for me,” he says. The four countries face very different challenges but are united by favourable demographics: they all have large and youthful populations. “That’s key. If you’ve got good demographics that makes things easy.”

It frustrates O’Neill that although people in the UK are quick to adopt his terminology, they struggle to accept his conclusions. The government has embarked on policies that he believes will hasten the country’s relative decline. “I worry that popularism will take us down the path of doing the wrong thing,” he says, referring to anti-immigration sentiment. “Most economists agree that immigration is basically a good thing, especially in terms of skilled immigrants. Chinese tourists spend six times more in Paris than they do in London, and one of the main reasons is that it’s so hard for them to get here. How on earth do we think we’re going to export to these places if we have that kind of attitude?”

He is convinced that the intensity of the coalition’s austerity drive, combined with reforms to constrain the financial sector, has dragged down economic growth.

O’Neill is “passionate” about reforming the UK’s education system, which is failing too many young people. Since September, he has been a non-executive director at the Department for Education and in 1999 he co-founded Shine, a charity that invests in innovative education and that was one of the first funders of Teach First, a scheme to encourage the best graduates into teaching.

His interest in education is not only work-related. O’Neill describes his background as “complex”: his mother was from a “wealthy Cheshire farming family but with no money” and his father “came from the tough part of Manchester”. “I went to tough schools as a kid in Manchester,” he says, but his father was so passionate about education that O’Neill had to persuade him not to take out a usurious loan to pay for him to go to private school – his main objection being that the school didn’t play football. He is still a big Man United fan, and led a group of investors who tried to buy the club in 2010.

He attended Sheffield University, did a PhD in the economics of oil-producing countries at the University of Surrey, and then went into banking because he was in debt and “needed the money”. “When I left university in 1982, the idea that I could get a job in the City with a British firm – impossible,” O’Neill recalls. He applied instead to Bank of America and was surprised by the culture of US firms: “It was a bit of a shock to be in a mentality where your capability influenced what you did, not where you came from or your accent.” After three decades in finance, he still has his Mancunian accent.

The easy accusation against the Mint theory is that O’Neill overestimates the importance of individual capability and downplays the extent to which political violence, state repression and institutional corruption can hold back even the most enterprising person. He is scathing about the Today programme presenter Evan Davis, who challenged him on this point – it’s clear O’Neill doesn’t respond warmly to criticism – and recounts his conversation with the governor of the Central Bank of Nigeria, who disagrees with “simple western minds who say that if you’re corrupt you can’t grow”. His message is that we need to stop obsessing about corruption in developing countries and focus first on growth.

And the west needs to stop trying to impose its values on other countries. “The presumption that people value our version of democracy is . . . embarrassing,” O’Neill says. “It’s quite clear that a lot of people in China don’t. They want more wealth and choice but they don’t demand free elections. Quite a few people have said to me, ‘If democracy’s so good, how come only 50 per cent of people vote?’”

The lesson that Jim O’Neill has drawn from China’s extraordinary rise is that countries don’t need democracy to develop and to power economic growth. I can’t help but hope he’s wrong.