Five minutes into the VGX, a glitzy American video game awards show held last Saturday, one of the hosts made a joke at the expense of transgender people from the stage. According to numerous bloggers, he assured attendees (and the show’s great many television viewers) that the Nintendo character Wario had not undergone sex reassignment surgery. The writer Samantha Allen – herself an ardent game player – wrote eloquently about the effect the comment had on her at the Border House blog, a site for video game players who belong to marginalised groups. “When I hear a trans joke in a nationally broadcast television show,” she writes, “I’m no longer the confident woman that I’ve become over the last couple of years; I’m a scared little girl cowering in the corner, reeling from the ridicule”.

The show host’s comment is just the latest in what has been a bumper year for ill-advised video game-related ‘comedy’. At the industry’s flagship event E3 in June, a male Microsoft representative told a female colleague during the company’s press conference to “just let it happen,” as he attacked her when demonstrating the fighting game Killer Instinct. “It’ll be over soon,” he said, drawing a salacious comparison between his on-screen domination and a forced sexual encounter. “I don’t like this,” his colleague said in the reportedly improvised exchange, for which Microsoft later apologised.

These faux pas have not been limited to the US. Microsoft publically severed ties with a prominent YouTube presenter after he appeared on stage during a launch event for the company’s Xbox One console last month. KSI, as the 18-year-old is known, is famed for his ‘shock-jock’ approach to presenting. He was banned from the Eurogamer video game conference in 2012 after making inappropriate comments to women on film, and he’s been widely criticised for his ‘rape face’ series of videos. In each incident the humour’s subtext has been clear: video games are the dominion of a particular demographic. Those outside of this group are ripe for ridicule.

Video games are the most profitable medium in the entertainment industry. In the early 1990s Nintendo generated more annual profits than all of the American film studios combined. But despite its size, the medium’s audience is often referred to as a homogenous group. Players and commentators talk of the ‘gaming community’, as if the cross-cultural, socially diverse mass of humans who play video games is somehow uniform in gender, race, age and class. The idiocy of the term is only too clear when applied to other media such as literature (the ‘reading community’?), music (the ‘listening community’?) or film (the ‘observing community’?). 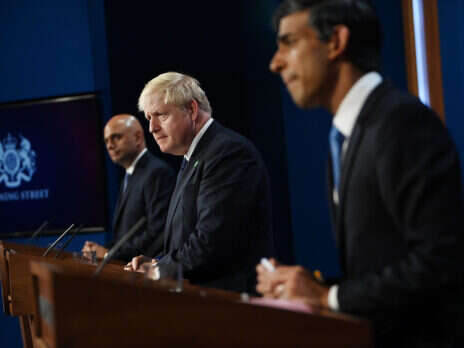 The term is a miserable legacy of the medium’s niche past, where video games were viewed as the sole preserve of white, western indoors-y teenagers. The cliché has proven indelible. ‘Gamers’ (a term that further segregates ‘players’, while adding unwelcome ghost notes that call to mind the gambling industry) are routinely represented in media as socially inept boys with poor hygiene and a proclivity for impotent rage, perhaps expressed down a Britney-style head mic while playing online shooters, or typed wrathfully onto an internet forum. Gamers are depicted as the contemporary nerd group, a mildly downtrodden crowd, shunned by the jocks and achievers. Gamers are the losers who spend their days in darkened bedrooms furiously tapping on controllers or keyboards in a solitary pursuit that sits close to masturbation in the mind.

The stereotype is powerful and, while it presents non-gamers with an image of the typical player, also informs gamers. Many gain instruction as to how the world views them and the expectation, as is so often the case, becomes self-fulfilling: they play to type. But the ‘gaming community’ is not a homogenous group. The BBC estimates that 100% of British teenagers play video games in some form or other. Within the next century ‘gamers’ will be a term that encompasses every gay and transgender person, every girl and woman, every politician in the cabinet, everyone with a title in the House of Lords, every teacher, nurse, banker, social worker, dustman and paedophile. Video games and their players will be acknowledged as ubiquitous, and the medium’s commentators will be free to move from advocacy (the endless articles and television programmes that, beneath the angle, exist primarily to plead the case that games matter) to more rounded criticism.

But for now, gamers are dishonestly classed as a standardized tribe. Who gains from maintaining the pervading stereotype? There is an argument to say that the game-makers and publishers benefit: they are more easily able to target their marketing to a large and discrete group (“this is for the players” states Sony’s current advertising campaign for its PlayStation 4, for example). But this isn’t quite true: see Nintendo’s gargantuan efforts during the past five years to reach people outside of the traditional gamer demographic. In truth, it’s gamers who fit within the demographic that benefit the most: here, within the artifice of a ‘community’ they find a place to belong, a place where they fit, are understood and are free to be themselves and, together with like-minded people, enjoy a sense of collective power.

There is nothing deplorable about this; the urge to form groups with like-minded people is a universal one. But when that collective power is turned against those on the margins of the group, or those who present valid criticisms of its unifying subject (such as the American-Canadian feminist Anita Sarkeesian, who has been subject to everything from verbal abuse to threats of violence following her Tropes vs. Women series) it becomes problematic. Sarkeesian, for example,was e-mailed images of herself being raped by video game characters.

There are many reasons that video games are a potent draw to the human mind, but perhaps none more so than the fact that they are endlessly fair and just. They reward you for your efforts with empirical, unflinching fairness. Work hard in a game and you level up. Take the path that’s opened to you and persevere with it and you can save the world. Every player is given an equal chance to succeed. As such, there is a prelapsarian quality to video games that makes them irresistible, especially to people whose experiences in life have been of injustice and arch unfairness.

If you are a member of a downtrodden marginalised group, what better salve could there be than a video game, the great contemporary leveller? Games do not distinguish between privilege and under-privilege, between rich and poor, between gay and straight, between loved and abused: in their dimension, everybody is given an equal opportunity. The sense of betrayal then, when the ‘community’ around games does not reflect these qualities can be devastating, especially for a person who has grown to love the medium for those very things that its dominant group of participants fail to embody.

The remedy is, as always, education. Education establishes empathy, and video games are better poised than almost any other medium to participate in this work. They allow us to inhabit the shoes of ‘others’, to view the world through their eyes and to experience the challenges that they endure. Mattie Brice’s Mainichi offers an arresting glimpse into life as a mixed race transgender woman and the daily challenges faced. Games that explore this subject matter can help us understand the lives and challenges of other human beings. If executed well by the creator and absorbed properly by the player, these works can even have a transformative effect both for the individual and, in turn, the ‘community’ of players that exists around games. The solution, then, might yet be found within.