Jo Moore, Stephen Byers’s recently departed spin-doctor, is a mere decoy. She has been sacrificed not only to secure the place of spin-doctors in government, but also to obscure the realities of the revolution in government communications that the Prime Minister and his own spin-doctor, Alastair Campbell, have constructed since 1997. That revolution goes far deeper – and has far greater implications for the British constitution and British government – than is generally realised. It is not just about spin, but about control of ministers and MPs, and about the public’s access to information.

Let’s begin with the organ-grinder. Alastair Campbell has acquired unprecedented powers for an unelected party political adviser. He attends cabinet meetings, rebukes ministers (to the extent that he can bring about their dismissal), gives orders to civil servants, and presents the government’s affairs “in a political context”. After the 2001 election, Campbell became more powerful still as director of communications and strategy. He remains the Prime Minister’s chief spokesman, but he also controls the Government Information and Communication Service (GICS) in Whitehall; three 10 Downing Street departments (the press office, the strategic communications unit and the research and information unit); and, since February, the Central Office of Information.

The significance of this last addition to Campbell’s kingdom can hardly be overstated. The Central Office of Information is the Whitehall agency that handles the marketing, press and television advertising campaigns for government departments; its head, Carol Fisher, now reports directly to Campbell. In effect, Campbell has become the minister of information. His aggressively partisan conduct, manipulation of the media and special deals with selected newspapers and journalists go virtually unchecked by his political master, the head of the civil service or by parliament.

It is only against this background that we can understand the activities of people such as Jo Moore. Downing Street is uneasy enough about the growth in Whitehall spin- doctors to lie about how many there are. In evidence to a parliamentary committee in June 1998, Campbell said: “The vast majority [of special advisers] do not have any contact with the press whatever.” Last December, 10 Downing Street informed the same committee (through the Cabinet Office) that only 11 of the 81 Whitehall special advisers were “employed primarily in the area of communications”, a claim repeated by a cabinet minister, John Reid. “Primarily” is a neat weasel word, but this statement is still blatant misinformation. 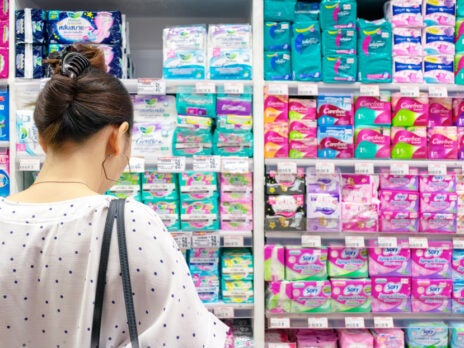 We calculate, after taking soundings among political correspondents, that 37 of the 81 special advisers throughout Whitehall are either primarily employed to promote the image of the government and their minister in the media, or will do so. In 10 Downing Street alone, we found 11 special advisers who brief journalists; for most of them, this is their primary occupation.

But the subversion of the Government Information Service is equally important. Sir Richard Wilson, the head of the civil service, and other mandarins repeatedly assert that it is inconceivable that a handful of special advisers could “corrupt and politicise the senior civil service of 3,700”. In fact, there are just 240 information officials in Whitehall, outnumbering special advisers (who are technically civil servants, but temporary ones) by only three to one.

Within months of Labour’s 1997 election victory, ministers began to create an environment within which the new network of special advisers could exercise real influence on government information officers. First, they rubbished the quality of service they received and demanded, in Campbell’s words, that they “raise their game”. Second, within a year they had eased out nine of the 17 heads of information and directors of communications; within two years, all but two had left government. But Campbell’s master stroke was to persuade Sir Robin Mountfield, then permanent secretary at the Office of Public Service, to rewrite the rule book for government information officers in November 1997 and endorse the hard-sell strategy in full. Previously, press officers had generally refused to comment on “speculative” stories. Now ministers’ special advisers could spin their gloss on departmental policies in order to gain a favourable press, safe in the knowledge that the leaks they gave to friendly journalists would be backed up by the government machine.

Campbell has gone on to consolidate new Labour’s grasp of the official information service through recruits to the higher posts. Career civil servants have been repeatedly passed over in favour of journalists and external media professionals, of whom one was Martin Sixsmith (ex-BBC and ex-Marconi), the director of information at the Department of Transport who resigned along with Moore. On our count, seven directors and departmental heads have been recruited from newspapers and broadcasting organisations because of their known sympathy for the Blair administration. Three senior posts have gone to former Labour Party press officers; two to journalists from Campbell’s old home, the Mirror.

The significance of such appointments is that they create links between the supposed permanent civil servants at the top of the information service and the cadre of special advisers with media duties. They often know each other and have worked together. Although the new civil servants do not have the same licence as special advisers to give a party-political spin, there is anecdotal evidence that ministers do on occasion expect professional civil servants to cross the line.

Sir Richard Wilson assured MPs in February 2000 that all appointments were made “by proper open competition” and rigorously assessed under the direction of the Civil Service Commission. But Campbell and his lieutenants work within a network of media contacts and cronies who are able to outmanoeuvre the formalities of civil service appointments, especially under recruitment criteria shaped by Campbell.

What baffles many observers is that Wilson and other senior bureaucrats often seem to collude, at least in obscuring the spread of spin. The roots of this official weakness lie in long-established traditions of “news management” within the senior civil service itself. Official secrecy in British government was first formalised to give the senior bureaucracy monopoly control of the release of government information and to prevent ordinary civil servants from passing on information. Control of information was power – their power. National security had scarcely anything to do with it.

More recently, senior civil servants have readily used their powers to manipulate the media and mislead MPs and the public. The Scott report contains example after example of officials practising the black arts of spin and deceit. Moreover, the interests of mandarins and ministers have long since fused in a mutual protection pact. Both regard the media with fear and loathing, and the House of Commons with contempt.

Effective presentation of the government’s business benefits civil servants as well as their political masters. So Wilson, like Sir Robin Butler before him, has not drawn a line between what is legitimate and what is illegitimate to protect the impartiality and openness of government communications with parliament and public. Rather, Wilson has ostensibly drawn a boundary between the contractual right of Campbell and other spin-doctors to release information “within a political context” and any “party-political” activity. This artificial distinction became more artificial still after Campbell took the lead in organising and publicising the defection to Labour of the former Tory MP Shaun Woodward. After Tory complaints, Wilson “reminded” Campbell that he should conduct his party work “at lunchtime or outside office hours”.

Campbell derides the constitutional issues raised by all this as unworldly concerns with mere “process”. He argues forcibly that the substance lies in government policies; and that his task is simply to ensure that these are presented to the public without media distortion. But “process” is the very substance of democracy and the rule of law in this country. Without a written constitution, proper process and procedures matter even more – “they are all the poor Englishman has”, as a former mandarin once said. They are our only protection from arbitrary and deceitful rule.

In 1989, the professional association of information officers drew up a draft code of ethics, saying that it was “the responsibility of information officers in the government service to describe and explain government policies; it is not their function to justify or defend them”; and that they should not “distort or suppress information for reasons of political expediency, advertising or sponsorship”. These rules should be inscribed in a new Civil Service Act, alongside rules to govern the number and conduct of special advisers, to outlaw hybrid contracts such as Campbell’s and to separate strictly the roles of the PM’s press secretary and of the information service heads and the Central Office of Information. If these rules were buttressed by a genuine right of access to government information under a new freedom of information law, we might at last hope for honest and open government.

Nicholas Jones is a political correspondent with the BBC and author of The Control Freaks (Politico’s). Stuart Weir is director of Democratic Audit, Human Rights Centre, University of Essex