The Prime Minister stating “our broken housing market is one of the greatest barriers to progress in Britain today” in this year’s Housing White Paper is a startling admission and, although long overdue, a welcome one.

At Shelter, we’ve seen the staggering effect our housing crisis has had on hundreds of thousands of families up and down the country. Whether it’s tenants shuttling from pillar to post due to the unstable nature of renting, families languishing in homeless B&Bs for months and even years, or indeed the devastating loss of life in the recent tragedy at Grenfell Tower.

This just cannot carry on. But acknowledging the problem is one thing; doing something about it is quite another.

Of course, the underlying issue is that for decades we haven’t been building enough homes. And the few homes we are building are unaffordable for most people. Recent research from Shelter showed that eight out of ten working families who privately rent could not afford a newly-built home in their area – even if they had been able to save up a large enough deposit. And it’s not as if they’re getting a great deal for their money either. The quality of new homes in the UK has been under the spotlight recently, following a series of scandals about shoddy workmanship. But the truth is that poor design, cramped living spaces in anodyne, soulless neighbourhoods have been all too familiar for decades. 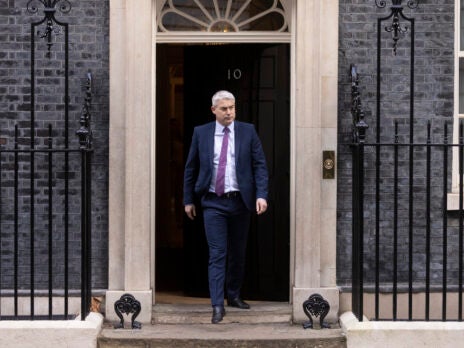 Here’s some advice for the new Health Secretary 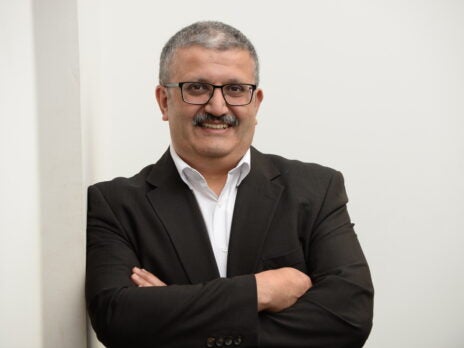 The Policy Ask with Jabeer Butt: “Unless you have a safe place to live, everything else falls apart”

Perversely, the profits of the country’s top five housebuilders have soared by an astronomical 388 per cent, to a total of £3.3 billion in 2016. Dividends to shareholders in housebuilding firms have jumped to nearly £1 billion a year – while senior executives have also pocketed eye-watering pay-outs. Clearly something is badly wrong.

Fundamentally, private housebuilding is overly dependent on a handful of big developers whose business model is reliant on house prices remaining high. Why? Because they must compete with other developers to pay crazy sums for land to build on.

In The Hunger Games of housebuilding, the developer that offers the most to the landowner is the developer that makes the most ambitious claim about how much they can go on to sell the home for. Having done that and paid crazy sums of money for the land, their profit – and very existence – then depends on flogging the homes at the inflated price they factored into their land bid. There are a range of strategies a developer can deploy to keep prices high and maximise profits. They can limit the supply of homes, and target the top end of the market. They can cut corners on the build cost. They can try to minimise their contributions to the wider community – like the number of affordable homes they provide. And they can go to government and ask for subsidy.

Right now, all of these strategies are in play – and they go a long way to explaining why our housebuilding system is so broken.

Limiting supply
The easiest way to keep house prices up is not to build too many of them. Our research shows that housebuilders are on average neglecting to build one in three of the homes they are given planning permission for. Over the last five years, this has amounted to 320,000 homes going unbuilt, despite the planning system giving them the go ahead, which naturally helps keep prices up.

Targeting the top of the market
It’s an open secret that developers focus on selling homes at the upper end of local prices. This might make perfect business sense, but it means new supply is doing little to make homes more affordable to people – in fact, it’s likely to be dragging the average house price up.

Minimising construction costs
Having paid such a premium for land, developers are under financial pressure to cut corners on construction – with predictable implications for quality. Research by Shelter found that more than half of new home owners said they had experienced major problems with their properties, including issues with construction, unfinished fittings and faults with utilities.

Another cost cutting trick is to make homes smaller. New homes in England have long been among the smallest in Europe, thanks to the lack of decent space standards. Now even the “optional” standards that do exist are being targeted as developers blame them for increasing the cost of building. The inevitable result is that English buyers will get even less home for the massive prices they pay.

Minimising contributions
When they give planning permission, local councils can require the developer to provide a proportion of affordable homes as well as those for private sale. These Section 106 agreements are a cost on the development – but they’re known about in advance, and so should be factored into the developer’s bid to buy the land in the first place. Developers typically drive a hard bargain, and few councils achieve their policy targets for affordable housing. But no matter what gets agreed it’s always in the developer’s interest to go back and try to reduce the number of affordable homes later.

Take the recent case of the Battersea Power Station. The company building 4,239 homes on the site originally pledged that 636 of these would be at sub-market prices and therefore more affordable to ordinary Londoners. Now, that number has been slashed to 386 – a reduction from 15 per cent of the development to a pitiful nine per cent.

The reasons cited for backtracking were difficulties over renovating the power station, a Grade IIlisted landmark; higher build costs caused by the weaker pound; and lower than expected profits from luxury housing. Developers are allowed to use secret “financial viability assessments” to show that they’re not going to make a “competitive” profit. A whole industry now exists to provide such assessments, showing that affordable housing isn’t viable any more.

Government subsidy
Programmes like Funding for Lending and Help to Buy, introduced in the wake of the financial crisis, have helped some people buy a home, but they have also kept house prices up. Help to Buy alone channelled £4.6 billion of public money into the property market in its first three years, while developer profits soared. If the subsidies are ever removed, the fear is that developers will stop building.

At the heart of this story are some awkward questions. Why is affordable housing seen as an optional extra, but rising developer and landowner profits are non-negotiable? Why must helping a few people buy come at the expense of worsening affordability for everyone else?

Of course we shouldn’t expect developers to operate for no return at all. And landowners shouldn’t be compelled to give their land away for free. But both developers and landowners are doing very well out of this system, at the expense of families struggling to afford a home. And increasingly the taxpayer is paying the price: there’s a good argument that the broken housing market is at the heart of the UK’s “productivity puzzle” and the lost decade of economic growth.

A flawed system
In short, our current system of housebuilding is flawed. There are many complex factors in play, but the smartest solutions all focus on the land question. At Shelter we propose reviving the successful models of housebuilding that built many of our most attractive towns and cities. We call this the New Civic Housebuilding. In this vision, public bodies play a key role in bringing land forward for development, at low enough costs to make it financially viable to provide all the good things new places need: infrastructure, quality design, and affordable homes.

Getting land into development at a lower price means giving local authorities and development corporations the power to assemble sites by working with landowners, buying up private land, and contributing their own sites too, all at reasonable values. Once planning permission has been granted, the land can be passed on – not to the highest bidder, but to those who want to build the most number of good quality, affordable homes in the timeliest fashion. There are plenty of local builders, housing associations, councils and community groups ready to build them – if only they could get land with planning permission at reasonable prices.

Rather than get paid silly sums based on exorbitant market prices for inadequate numbers of homes, landowners and developers will be paid a fair price for what their land is worth. Smart landowners know that investing in quality delivers better value for them long term. This model of housebuilding was used to deliver the Georgian New Towns of Edinburgh and Bath, the Edwardian Garden Cities and the post-war New Towns, and there’s no reason that it cannot be revived today – it just needs a government bold enough to make the leap.