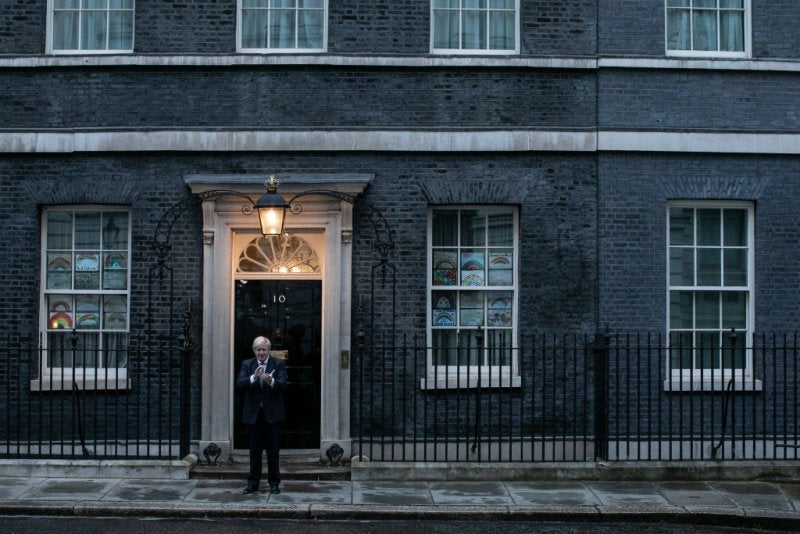 Business should stagger shift times, minimise the number of staff using equipment, reduce hot-desking and ask employees to work from home wherever possible, according to a draft plan for easing the lockdown seen by the BBC. Where keeping two metres between workers proves impossible, companies should consider physical screens between staff, personal protective equipment and extra hygiene measures, the document says. Over the weekend, Transport Secretary Grant Shapps said people would be encouraged to travel to work by bicycle, and that hand sanitiser could be provided at transport hubs. Prime Minister Boris Johnson is expected to lay out more detailed plans for leaving lockdown on Sunday.

Today, Johnson will co-host a virtual conference of world leaders, sans US President Donald Trump, and will urge countries to work together to develop a vaccine, insisting that it is “the most urgent shared endeavour of our lifetimes” and that a vaccine is the only way to protect global populations from the virus. The Coronavirus Global Response International Pledging Conference aims to raise £7bn to develop vaccines, treatments and tests for Covid-19.

Meanwhile, good news in the hunt for a viable antibody test: the Mail reports that medical giant Roche Diagnostics has created a test it claims is nearly 100 per cent accurate. The company is in talks with the NHS and tests could be rolled out across the UK within two weeks, according to the report. Separately, Edinburgh scientists working for screening company Quotient say they have developed a similarly accurate test, and have called for talks with both the NHS and government to ensure the UK doesn’t miss out. The company is based in Switzerland.

Italy: An easing of lockdown measures today means millions of Italians will return to work. Around the country, restaurants are reopening for takeaway service and people are being allowed to move more freely within their region, including visiting relatives.

New Zealand: New Zealand has recorded no new infections in a 24-hour period for the first time since 16 March. No deaths were recorded either, keeping the total at 20. The country has begun to ease lockdown measures, which were imposed earlier than in many other places.

Australia: Prime Minister Scott Morrison said he held “good discussions” with the New Zealand government about reopening travel between the two countries, which he said would happen before other forms of international travel.

US: Secretary of State Mike Pompeo has, in comments that contradict one another, said there is “enormous evidence” that coronavirus was man-made in a Chinese laboratory, and that he agreed with a US intelligence analysis that the virus was neither man-made nor genetically modified.

France: France will not quarantine people travelling to the country from the EU or Schengen area, it said yesterday. On Saturday, it said travellers entering France as the lockdown eased would have to remain in isolation for two weeks.

Malaysia: Most businesses in the country will be allowed to reopen today as the government tries to restart an ailing economy.

South Korea: The country will relax social distancing measures further on 6 May, allowing gatherings and events for the first time.

Japan: Some parks, museums and other public spaces could reopen soon in certain regions, a minister said. The government is also expected to extend the nationwide state of emergency to 31 May today.

Singapore: Lockdown restrictions will be eased from 12 May, allowing some food outlets and manufacturing firms to reopen.

How coronavirus is spreading through UK prisons