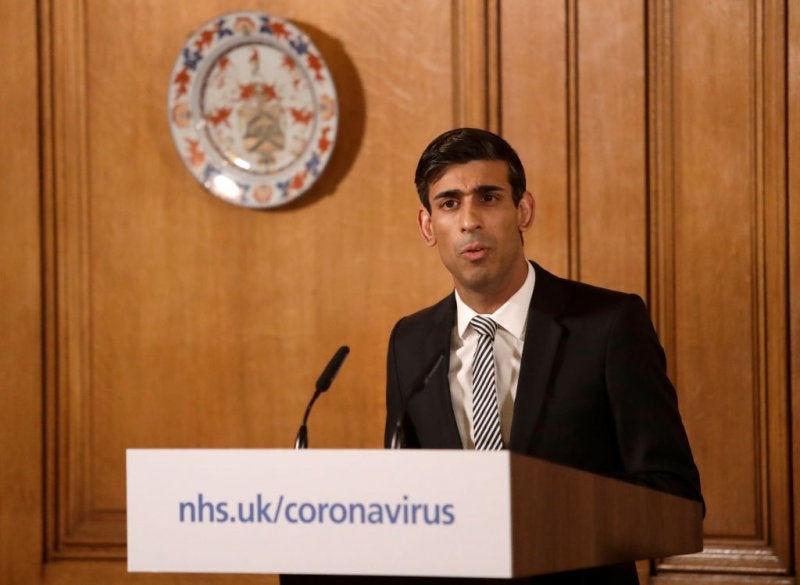 The government could soon be spending as much on the wages of furloughed employees as it does on the NHS, Chancellor Rishi Sunak said last night, warning: “Clearly that is not a sustainable situation”. HMRC figures released yesterday showed 6.3 million workers, almost a quarter of all PAYE employees, have been put on a government scheme that pays furloughed staff 80 per cent of their wages up to £2,500 a month. The cost to the Treasury is £8bn and rising. Sunak promised there would be “no cliff-edge” for the funding, and that he was “figuring out the most effective way to wind down the scheme and to ease people back into work in a measured way”. He faces pressure from both sides: on one, businesses warning that they cannot cope without government support; on the other, senior Conservatives worried by the growing toll of the lockdown on the nation’s finances.

Speaking of: Graham Brady, chair of the 1922 Committee of Tory backbenchers, has said the government’s upcoming review of lockdown measures should focus on “removing restrictions and removing the arbitrary rules and limitations on freedom as quickly as possible”. He said that “in some instances, it may be that the public have been a little bit too willing to stay at home”, adding that employers are “struggling to fulfil orders because it is difficult to get employees back from furlough”. Charles Walker, vice-chair of the committee, said businesses faced a “bleak” future. “We need to have a frank, open and honest debate about the ethics of trading lives tomorrow to save lives today,” he said.

Meanwhile, it emerged that fewer than 300 of the 18.1 million people who entered the UK between 1 January and the start of lockdown were quarantined. Passengers on three flights from Wuhan, China, and one from Tokyo, Japan, which was carrying passengers from the Diamond Princess cruise ship, were the only people taken to government isolation facilities. Labour MP and member of the home affairs select committee Stephen Doughty, who obtained the figures, said the data “beggars belief”.

Ireland: People can now exercise within five kilometres from their home and people over 70 are allowed to venture outside, so long as they follow social distancing rules. Other lockdown measures remain in place until 18 May, when some shops will reopen.

US: The government has said it wants to borrow $3tn (£2.4tn) in the second quarter of the year, more than five times the current quarterly borrowing record, set at the height of the 2008 financial crisis.

India: India reported 3,900 new cases in 24 hours, the biggest daily rise since the pandemic began. The rise could be due to increased testing. The release of the figures coincided with an easing of lockdown restrictions, which has allowed some shops to reopen.

Israel: Prime Minister Benjamin Netanyahu says citizens can now “leave the house, wherever you want”, after people were previously restricted to travelling 100 metres from their front door. Israelis are now allowed to gather outdoors in groups of up to 20.

This is the longest I have gone without being touched. My body is starting to feel like a stranger