In 1994 the two members of the electronic band the KLF went to the island of Jura and either did or didn’t burn a million pounds as a piece of performance art, and 28 years later it can still provoke angry debate.

For how long, then, will we be debating the even more public burning of wealth by Elon Musk, the man who was until a few weeks ago the world’s richest man? The KLF set fire to a million pounds of their own money and achieved an immortality of sorts. Musk has burned wealth on a scale they could not imagine.

To start with, Musk bought out Twitter for $44bn and then scorched most of its revenue, whether by attacking its core user base, chasing off advertisers, or otherwise destroying value. As he did so he ruined the myth of infallible genius he had built around himself. Until a few months ago Musk was compared earnestly to the Marvel comics genius Tony Stark.

Musk’s fall from grace via Twitter has been accompanied by a freefall in Tesla’s stock price, which is largely based on a valuation of Musk himself. At the start of the year Tesla was worth $1,200bn. At the time of writing, it was worth $500bn. That’s a destruction of $700bn – around $100bn or so of it Musk’s personal wealth, the rest of it belonging to his fellow stockholders. 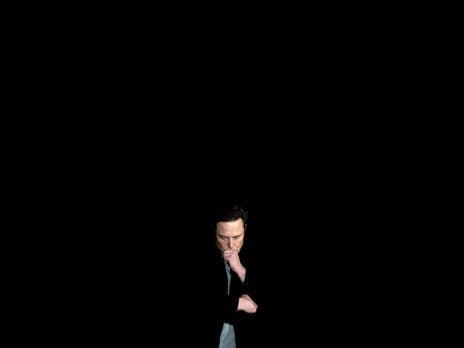 How 2022 killed the myth of the tech genius

If KLF achieved 28 years of notoriety for burning a million pounds and these things worked in a linear manner – if destroying x amount of cash guaranteed y amount of discourse – then Musk has destroyed enough wealth to fuel debate for 894,000 years or more. Some will argue he built that wealth in the first place, others will ask whether such numbers can possibly mean anything – we lack the vocabulary or even the concepts to discuss wealth on the scale of modern billionaires.

What is more real and more relatable is how little joy that destruction has brought its author. If you’re going to buy a toy for $44bn, you would hope that it sparks at least a little joy. It is hard to conclude it has done anything but the opposite for Musk.

This month Musk appeared on stage in San Francisco at a stadium gig by Dave Chappelle – hardly likely, these days, to be the most liberal crowd in the city – and to his absolute shock was booed into silence every time he tried to speak. The clearly stunned billionaire was dumbfounded, until he reframed it in his imagination to conclude the day after that it had been only “10 per cent boos” and the rest was applause. Sure thing, sweetie.

Previously Musk had an incredibly comfortable bubble of fans who thought he was humanity’s saviour: he would create neural implants to let people walk, set up a colony on Mars and save free speech all at once. By buying Twitter he broke out of that bubble and saw what a wider group thought of him – an awful thing to do to yourself.

When Musk bought Twitter he bought himself the gift of insight, and realised how little he wanted it. Last night he started a poll asking whether he should stand down as CEO – warning “be careful what you wish for” and “there is no successor”. Twitter users still voted by a margin of more than 2.5 million to remove him.

Musk has burned billions of dollars, and his reputation along with it. What else is yet to go up in flames?