Will the real Grant Shapps please stand up?

It is already known that the new Tory party chairman founded an internet company under the alias “Michael Green”, and that several of the company’s sites – now owned by family members – have been blacklisted by Google. We also already know that Shapps wrote a book, How to Bounce Back from Recession, under the name Michael Green.

But today we got a glimpse into quite how seriously Shapps took his alter ego, as a photo emerged of him at a conference in Las Vegas, wearing a name tag reading “Michael Green”.

The Guardian, which broke the story, reports:

In 2004 Shapps, then the Tory candidate for the Hertfordshire seat, was passing himself off as Green and began to appear at web marketing conferences – speaking at a $2,797-a-ticket convention in Las Vegas’s New York New York Hotel and Casino, whose facade is a lifesize replica of 12 Manhattan skyscrapers including a 529-foot-tall copy of the Empire State building. It was here that Shapps was pictured as Green.

The photo was taken by Rosalind Gardner at the Joint Venture summit, organised by Richard Roop, and it can be found here. 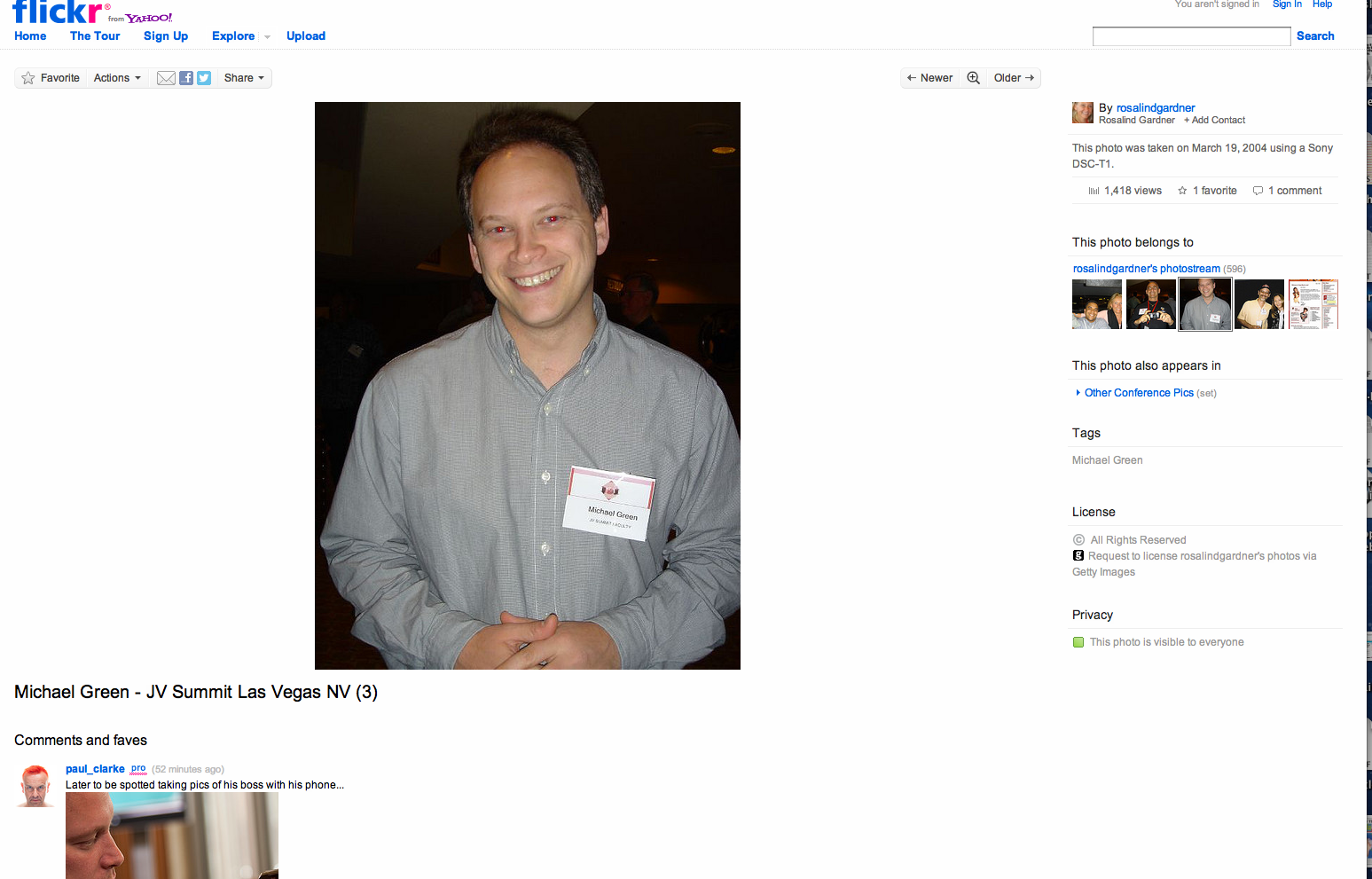