Liz Truss has been forced to resign as Prime Minister, making her the shortest-serving occupant of No 10 in British history. Truss won a comfortable victory over Rishi Sunak in the Conservative Party leadership election on 5 September with 57.4 per cent of the members’ vote but her premiership descended into chaos just two weeks after she took office when her government’s “mini-Budget” triggered market turmoil.

Outside Downing Street today (20 October) Truss said that a leadership election would be complete within a week, and she will remain in office until her successor is chosen.

She said that her administration had “delivered on energy bills along with cutting national insurance” and had “set out a vision for a low tax, high growth economy that would take advantage of the freedoms of Brexit”. She continued, however: “I recognise though, given the situation, I cannot deliver the mandate on which I was elected by the Conservative Party. I have therefore spoken to His Majesty the King to notify him that I am resigning as leader of the Conservative Party.

“This will ensure that we remain on a path to deliver our fiscal plans and maintain our country’s economic stability and national security.”

Leader: Why we need honesty on migration 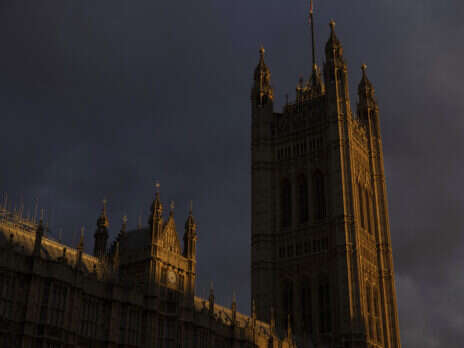 Keir Starmer demanded a general election. The Labour leader said: “The Tories cannot respond to their latest shambles by yet again simply clicking their fingers and shuffling the people at the top without the consent of the British people. They do not have a mandate to put the country through yet another experiment; Britain is not their personal fiefdom to run how they wish.

“The British public deserve a proper say on the country’s future. We must have a chance at a fresh start. We need a general election – now.”

The mini-Budget, announced by the chancellor, Kwasi Kwarteng, on 23 September, included the biggest tax cuts since 1972 (amounting to £45bn) and led to a dramatic surge in interest rates and an emergency intervention by the Bank of England. Labour surged to a record lead of 33 percentage points in a YouGov poll. On 3 October, midway through the Conservative Party conference, Truss was forced to abandon the abolition of the 45p income tax rate on earnings over £150,000, part of the mini-Budget, after a revolt by senior Tories including Michael Gove and Grant Shapps. This failed to calm the markets and on 14 October she sacked Kwarteng, her long-standing ideological soulmate, and reversed plans to cancel the rise in corporation tax from 19 per cent to 25 per cent.

Jeremy Hunt, who succeeded Kwarteng, then reversed most of the remaining measures from the mini-Budget and warned of spending cuts and tax rises to come in his fiscal statement on 31 October. Truss finally issued a public apology for the financial crisis on 17 October, telling the BBC that she was “sorry for the mistakes that have been made”.

As Truss accepted the death of her political project and polls continued to show dramatic leads for Labour (36 points in one survey), Conservative MPs began plotting to oust her. Many publicly called for her to resign.

Truss was dealt another blow when Suella Braverman, the Home Secretary, resigned on 19 October, ostensibly for sharing an official document via her personal email. Braverman’s stinging resignation letter told another story, however. She said the government had “broken key pledges” and declared: “Pretending we haven’t made mistakes, carrying on as if everyone can’t see that we have made them, and hoping that things will magically come right is not serious politics.”

Shapps, whom Truss had sacked as transport secretary when she took office, was appointed as Braverman’s replacement.

The doomed Prime Minister then attempted to stem the revolt against her by turning a vote on a Labour anti-fracking motion into a matter of confidence – meaning that any Tory MPs who voted against it would lose the whip. Then climate minister, Graham Stuart, then seemed to U-turn on that at the dispatch box. In the mass confusion that followed there were reports of Tory backbenchers being physical intimidated in the voting lobbies.

Truss’s resignation, after 44 days, means the Conservatives are set to select their fifth leader in just six years and demands for an early general election – the next is due to be held no later than January 2025 – are only likely to grow.

[See also: Who will replace Liz Truss as prime minister?]