Jennie Formby has sent an email to Tom Watson, copying in all Labour MPs and Lords, rebuking him  for seeking to personally “log and monitor” complaints made by the parliamentary Labour party about antisemitism and abuse within the party. (Full email is below)

In it she lays out the Labour Party’s formal complaints process and accuses him of having “decided, without consultation and without regard to existing processes,” to forward complaints to his private email address.

It comes after Watson’s announcement on Monday that he would personally take charge of antisemitism and bullying complaints. In an email to all MPs, he said that he would “like to see any issue or complaint” that they raise with Formby.

But in an email today, Formby told Watson: “It is absolutely inappropriate for you to set up a vague parallel complaints monitoring system.” She raised the party’s responsibilities under GDPR and the Data Protection Act 2018. “I am therefore perplexed by your suggestion and am not sure what exactly you are trying to achieve.”

Watson was elected deputy leader by the membership and therefore has his own democratic mandate, which makes him the biggest counterbalance to Corbyn’s power.

After seven Labour MPs originally quit to form the Independent Group last week, Watson issued a video in which he challenged Corbyn to be more robust, urged a cabinet reshuffle and said that he sometimes “no longer recognises” his own party.

In her letter, Formby accused Watson of having undermined the work of Labour Party staff in dealing with complaints, who she said found his intervention “extremely distressing”. She announced that as well as publishing statistics on Labour’s antisemitism cases, the party will appoint Lord Falconer to scrutinise its disciplinary procedures and ensure complaints are dealt with quickly and correctly.

Formby asks all Labour MPs and Lords not to send complaints to Watson but to submit them through the formal party channels. It sets up a tussle for power within the Labour party between the deputy leader and the general secretary. 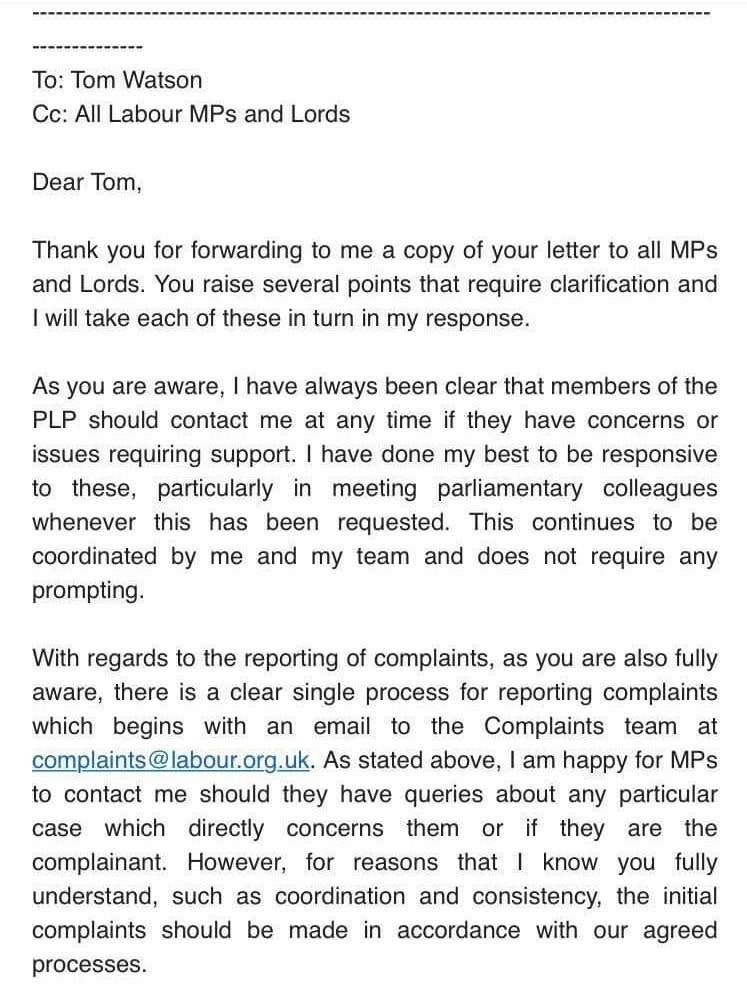 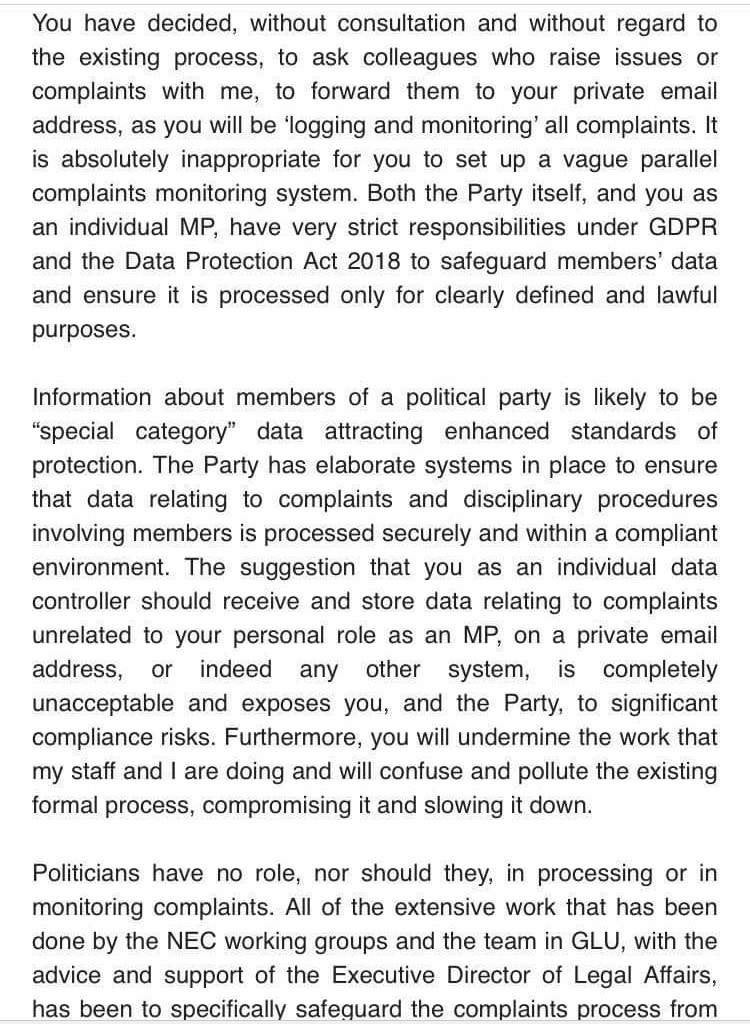 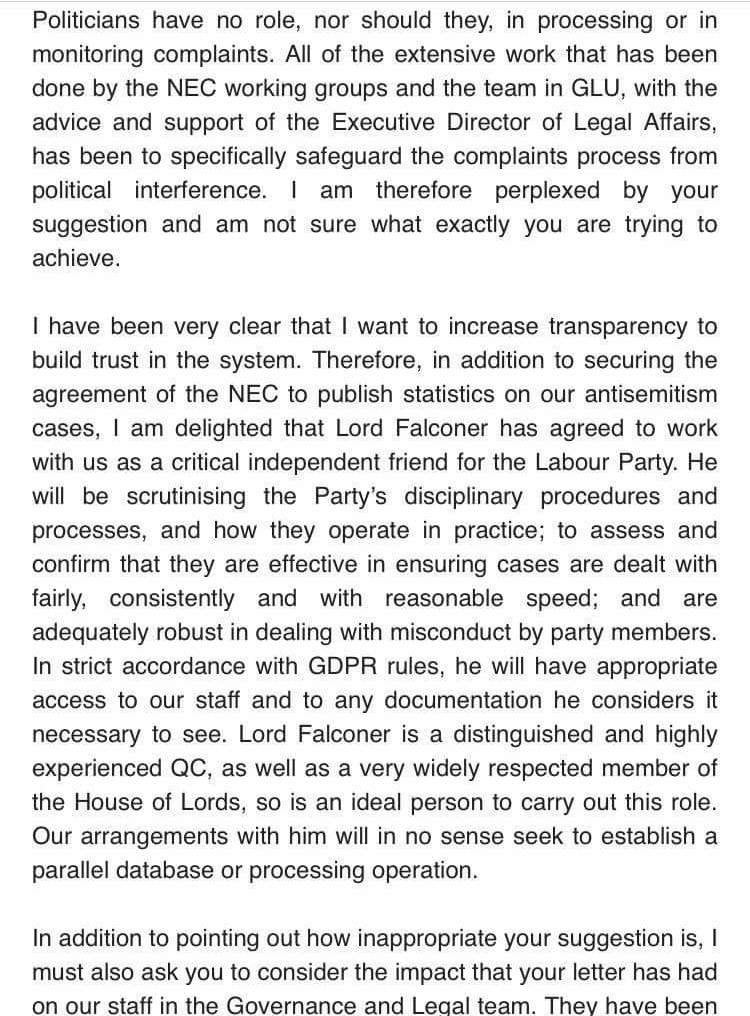 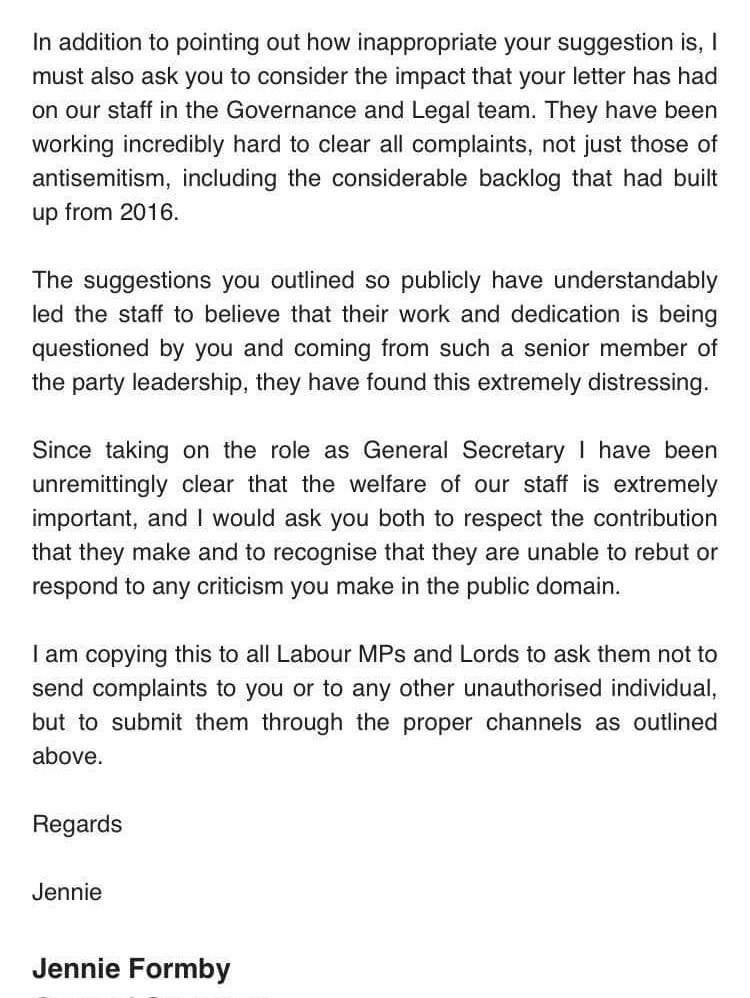