Last week’s government press conference on Covid-19 was the first I’d paid attention to for quite some time. I suspect most, like me, stopped watching them halfway through last year, but Sajid Javid’s words of warning were undoubtedly the most serious we’ve heard from a cabinet minister in recent times. Rising Covid cases – among the highest in Europe – and increasing hospitalisations and deaths have led some to conclude that tighter restrictions are on their way. But do the public know or care, and are they even prepared to abide by new rules?

Whether or not the UK heads into another lockdown is yet to be seen (and I’d wager that one is unlikely), but it’s worth trying to gauge whether the public would be prepared to follow one. A good barometer of whether voters will actually do something is how materially worried they are about the issue in question.

For instance, it’s easy to cite polls showing that the vast majority of Britons are prepared to make substantial changes to their daily lives to combat climate change. But the likelihood of this actually happening is only as high as the number of voters worried about their own safety. Unless you’re worried, and actively so, and not just conforming to perceived social norms, you’re unlikely to act.

Such realities should also be considered when measuring how willing Britons are to change their lives in the face of Covid-19. And at present, though concern over the virus is rising, support for some material efforts to combat it are at some of the lowest levels seen to date. Public backing for test and trace measures, such as quarantining after coming into contact with a contaminated individual, is at a near-record low according to YouGov. 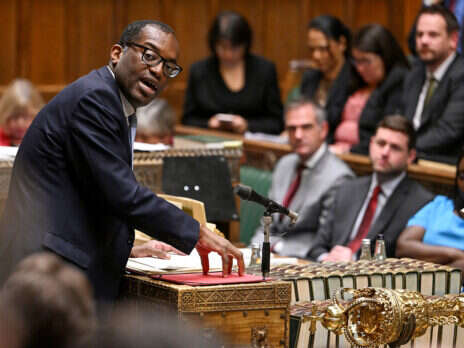 At the same time, the number of people in the UK who believe the government should limit the spread of the virus at all costs is now at a record low. Support for prioritising the economy, averting a major recession and defending jobs and businesses has rebounded, although this is still a minority position.

Data from Kekst CNC, which has been monitoring public opinion in response to Covid-19, finds a nation increasingly of the view that while Covid should be contained (not many would disagree with that) its spread should no longer be limited “at all costs”.

We can draw a few conclusions from these data points. Firstly, voters are paying less attention to the pandemic and, though aware of its spread, believe it is less and less relevant to them. During last year’s winter lockdown, the number of Brits breaking Covid restrictions was markedly higher than during the first lockdown of spring 2020. If tighter rules are imposed this Christmas, we shouldn’t be surprised by increased truancy of the rules. The government’s failure to stop public optimism (and personal disregard for Covid) from running rampant may yet return to haunt it.