Even by this government’s standards, today’s headlines make for startling reading: Nadhmi Zahawi has tacitly admitted he paid a penalty to HMRC after an “error” over his taxes (perhaps negotiated while he was serving as chancellor); meanwhile, BBC chairman Richard Sharp reportedly helped to arrange a guarantee on a loan of up to £800,000 for Boris Johnson weeks before the former PM recommended him for the role.

Crucially, Sharp “did not disclose his involvement in Johnson’s finances to the [appointments] panel. Nor did he inform the BBC, and the matter was not disclosed during his pre-appointment hearing before a House of Commons select committee in February 2021.”

So what panel did the BBC deem appropriate on its flagship politics show this morning? Viewers of Laura Kuenssberg’s programme were greeted by the sight of John Allan, the chairman of Tesco, Conservative MP Iain Duncan Smith and… Rachel Johnson, the former prime minister’s sister.

The BBC is hardly renowned for its politically representative panels but The Chatterer is still stunned by its gall. Will someone please bring back Joe Lycett? 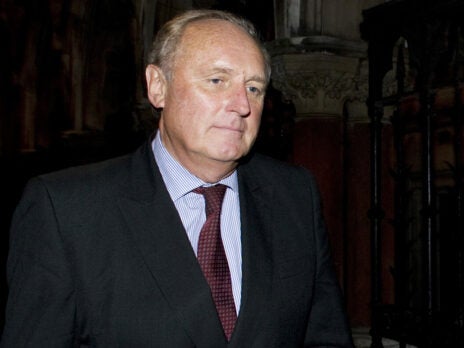 Spotlight
Topics in this article : pwfree