Two days after he quit the contest for Ofcom chair, it’s been announced that the people’s propagandist and discreditor-in-chief Paul Dacre will return as editor-in-chief of DMG Media, the newspaper group that owns the Daily Mail, MailOnline, Mail on Sunday, Metro and i.

In a move that will delight government ministers who have spent over a year trying (and failing) to clear the former Daily Mail editor’s path to running the media regulator, he will return to his old paper.

Though Dacre stepped down as editor of the Daily Mail in 2018, he had only reportedly left the company after 42 years on 3 November this year – which means the UK was treated to a Dacre-free media ecosystem for… 19 days.

In an email from the paper’s owner Lord Rothermere that landed in the Chatterer’s inbox, it seems Dacre will not be involved in day-to-day editing but will be actively advising editors and the owner in his same old brand new job: 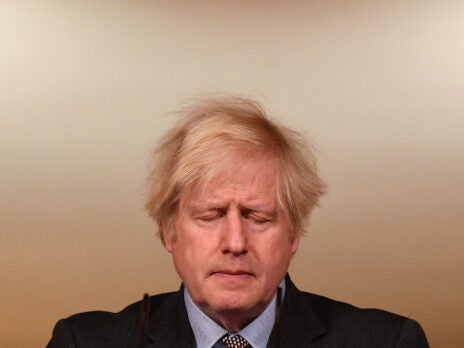 It was announced last week that Geordie Greig, Dacre’s successor as Daily Mail editor, would be standing down. Under his editorship, the paper had become more critical of the government, sceptical of Brexit, and often a thorn in the side of No 10 under Boris Johnson.

Will Dacre embrace the Mail’s new normal or, as the New Statesman’s own – rather less terrifying – veteran Peter Wilby put it, return to type as “the man who hates liberal Britain”?

The Chatterer guesses the latter, given Dacre has publicly criticised Greig since he took over, accusing him of being “economic with the actualité” in remarks about the paper’s advertising revenue. Dacre is also said to have been close to Ted Verity, the Mail on Sunday editor appointed to take over the Daily Mail from Greig, and described in another email sent by Lord Rothermere to staff, seen by the Chatterer, as “a Mail journalist to his core”.