A Labour government would set up a publicly owned clean power company called Great British Energy within the first year of taking office.

Keir Starmer began to lay out his vision for the country in his speech to the Labour Party conference, with a focus on energy policy. “GB Energy” would be set up using the £8bn national wealth fund announced earlier this week by Rachel Reeves, the shadow chancellor, though Labour says it would ensure it can “become a financially self-sustaining enterprise once it produces a consistent supply of clean electricity”. The company would invest in clean power interests and be encouraged to back innovative, long-term projects shunned by the private sector. It would focus on offshore wind, onshore wind, nuclear, solar, hydrogen and tidal power, with a view to Britain exporting electricity as part of Labour’s growth strategy.

The revenue generated from GB Energy would be sent back to the government, but the company would have its own board and be independent. The party believes its plan would deliver clean power by 2030, save British households £93bn for the rest of this decade, and create hundreds of thousands of jobs.

Importantly, Labour strategists insist GB Energy is not an attempt at renationalising UK energy, but rather making a publicly run firm a credible competitor. 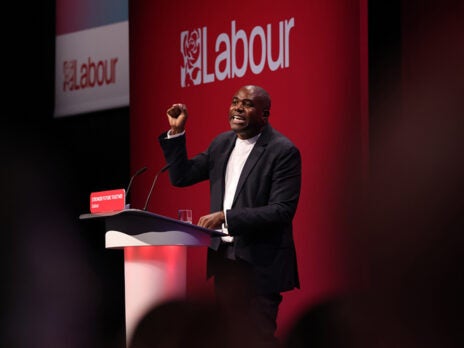 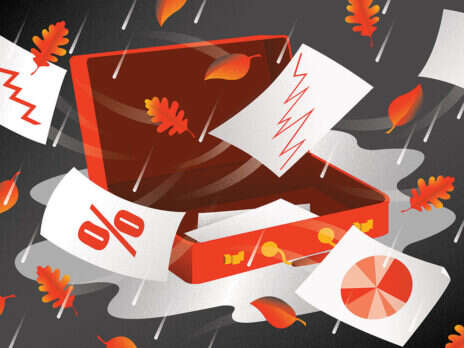 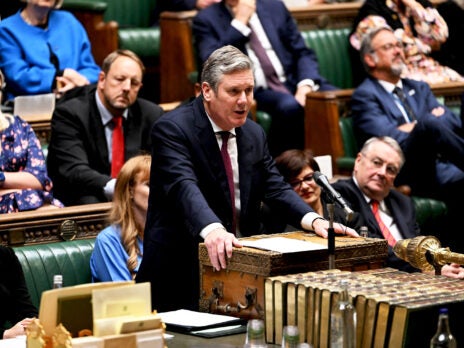 Labour must resist the siren calls of austerity

[See also: Keir Starmer’s speech showed he is a prime minister in waiting]

Starmer tried to connect with Brexit voters by highlighting the foreign ownership of some of these energy companies. He also emphasised his pro-Union credentials by referencing the energy wealth lost in Scotland and Wales. Nicola Sturgeon’s SNP-led government in Scotland pledged a publicly run energy company, but plans have stalled.

Starmer said: “We won’t make the mistake the Tories made with North Sea oil and gas back in the 1980s where they frittered away the wealth from our national resources. Just look at what’s happening at the moment. The largest onshore wind farm in Wales: who owns it? Sweden. Energy bills in Swansea are paying for schools and hospitals in Stockholm. The Chinese Communist Party has a stake in our nuclear industry. And five million people in Britain pay their bills to an energy company owned by France.”

The UK’s energy security has become a major issue since Russia’s invasion of Ukraine wreaked havoc on Europe’s energy supply. Liz Truss’s government has been forced into a £130bn intervention to mitigate the knock-on impact on household bills. The UK has also moved to exclude China’s state-owned CGN from the country’s nuclear power project because of concerns about national security.

Starmer told the conference hall that GB Energy would be “a new company that takes advantage of the opportunities in clean British power… because it’s right for jobs, because it’s right for growth, because it’s right for energy independence from tyrants like Putin.” Crucially for Labour, Starmer’s plan to make Britain a green growth “superpower” gives the party’s activists a counter-argument to the trickle-down economics proposals of Truss and Kwasi Kwarteng – a fiscal approach increasingly viewed as tried, tested and failed.

After the pound tanked against the dollar following Kwarteng’s disastrous tax-cutting “mini budget” last week, the Conservatives find themselves exposed on ground that is usually their strongest, electorally – being trusted on the economy. Polling by the think tank Common Wealth today reported that 72 per cent of the 2019 Tory voters it surveyed are strongly in favour of a state energy company that is publicly owned and designed to help generate sustainable power for the country.

Despite some criticism of Labour’s “fairer, greener future” conference tagline, the green energy plan could be a major boost for a party that is looking remarkably united ahead of the next general election. James Meadway, a former adviser to John McDonnell, tweeted: “Labour to set up new publicly owned energy company is [a] big announcement. Coupled with sovereign wealth fund and green investment pledge gives vision for reformed, fairer, greener British capitalism.”

Alongside the £28bn-a-year climate investment promise that the shadow chancellor, Rachel Reeves, announced last year, Starmer has made huge spending commitments in his quest for power. Those pledges will come under closer scrutiny soon. For now, Labour is facing a Prime Minister whose premiership – amid rumours that Truss could U-turn over some of her tax cuts before she addresses the Conservative Party conference in Birmingham next week – has started on the back foot.

[See also: What we learned from Labour conference 2022]