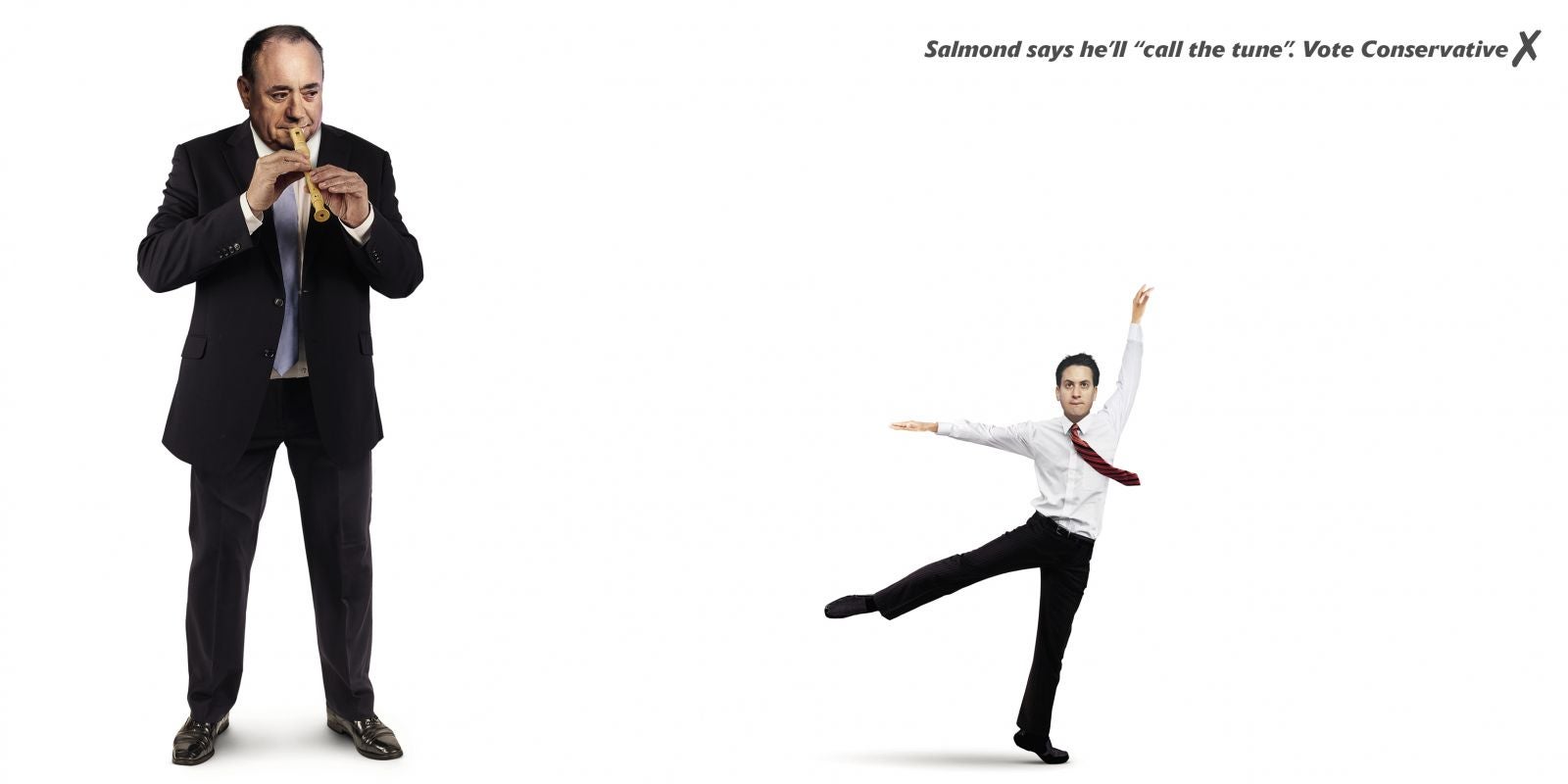 The Tories are due to unveil this poster showing Ed Miliband dancing to Alex Salmond’s tune.

In a bid to warn voters against voting Labour, which could rely on the SNP propping it up following a hung parliament, this poster will appear on 40 digital billboards across the country.

It’s a play on the former First Minister’s own words at the beginning of March that Scotland can “call the tune” in the next Westminster parliament. And it follows a compellingly surreal recent campaign clip depicting Salmond as the puppet master, and Miliband doing a rather elegant jig:

How will Labour respond to this one? David Cameron waltzing majestically with Nick Clegg? Nigel Farage with pint in one hand and cor anglais in the other? Natalie Bennett stoically playing a kazoo? This election is finally getting interesting…