In the New Statesman’s leader this week, we address Leveson, the press and transparency. The public debate post-Leveson has been “dominated by the threat that any implementation of his central recommendations might pose to the principle of free speech” and with far less emphasis on “the best way to protect members of the public from the kind of offences that the Leveson process exposed”.

An “ad hoc” meeting of news editors at 10 Downing Street (from which Private Eye, the Observer, the New Statesman and others were omitted) has done little to move the debate towards a fair and unbiased perspective on industry reform:

The awkward truth for all concerned is that the press is a shrinking corner of the media landscape. So many of our newspapers are losing tens of millions in income each year. There are urgent debates to be had about the protection of free speech, the boundaries of acceptable discourse and what constitutes invasion of privacy – online. The clubbable disquisitions of newspaper editors are as relevant to the moral and legal challenges thrown up by the digital revolution as the concerns of monasteries were when the printing press threatened their monopoly on scripture.

What matters most in this case is not the system the editors’ club conveniently devises to let itself off the hook of statutory regulation but the perception that the process is honest, transparent and driven by respect for victims of press abuse as well as the principle of free expression.

In our second leader, the NS applauds “how much has changed” since David Cameron voted in favour of a ban on “promoting” homosexuality in schools in 2003:

Perhaps no other piece of legislation introduced by Mr Cameron’s government will do more to promote human happiness. At a time of economic misery, that is something to celebrate.

The historian and former Foreign Office adviser T. G. Otte writes a sweeping analysis that considering the nature and consequences of the First World War and the tensions within Europe present then, and now. The fraught posturing of politicians in 1914 may seem familiar to many of us today — but have we failed to learn our “broader lesson” from the war? He begins:

The announcement of the government’s plans for a programme of events to commemorate the First World War is welcome, not least because policymakers should know and understand the nature and consequences of conflict. To learn any broader “les­sons”, it is necessary to re-examine what led to the war. It is tempting to look for large causes, given that July 1914 started a chain reaction that led to two world wars and a European “civil war” that lasted until 1989/91. But, in doing so, historians often paint a picture of an inevitable conflict, of Europe reaching boiling point and then exploding violently. That would be the wrong lesson . . .

The decision-makers of 1914 could not know their future any more than we can know ours. It is therefore important to appreciate the elements of risk and uncertainty their calculations contained. International crises generate their own dynamic and internal logic, of which events are both cause and consequence – and it is here that 1914 offers lessons.

Olivier Roy: The myth of the Islamist winter

The prolific author and expert on political Islam Olivier Roy, writing for the NS this week, debunks the myth of an “Islamist winter”. In a bilateral discussion of the Muslim Brotherhood in Egypt and the al-Nahda government in Tunisia, Roy asserts that the spirit of protest which gripped the two nations throughout the Arab spring “is not about to be extinguished”. Far from being an “Islamic revolution”, Roy says, the current state of government in the Arab world is rather “a coalition that is con­servative in politics and morals but neoliberal in economics”, and one that bows to a newly empowered public:

In Tunisia, as in Egypt, the Islamists who came to power through the ballot box are seeing their popularity erode and are tempted to hold on to power by recourse to authoritarian measures. But they have to deal with the legacy of the Arab spring. They face a new political culture: now, one where people who disagree with the government take to the streets; where there is no reverence for established power and the army and the police no longer inspire fear.

Morsi’s success on the international stage has encouraged him to flex his muscles at home. But Morsi has gone too far too fast in his attempt to reinforce the power of the presidency at the expense of a judicial apparatus that was able to retain a degree of autonomy under Hosni Mubarak. And his failure to anticipate and understand the strength of public opinion has made things worse.

What is more, society [in Tunisia] has absorbed the culture of protest more deeply than in Egypt. At the local level, demonstrations and riots against the government are common currency… The Islamists can use old techniques (treating their political opponents as “traitors”, introducing censorship, martial law or a state of emergency), but this won’t prevent the people from calling them to account.

In a special feature in this week’s magazine, the New Statesman brings together the year’s best news photography. From the highs of the London Olympics and Barack Obama’s re-election to the lows of civil war in Syria and Libya, to the voices of courageous women such as Malala Yousafzai and Pussy Riot, who made their protests “heard in the face of terror and oppression” – this was 2012. Curated by Rebecca McClelland and with an introduction by Sophie Elmhirst. 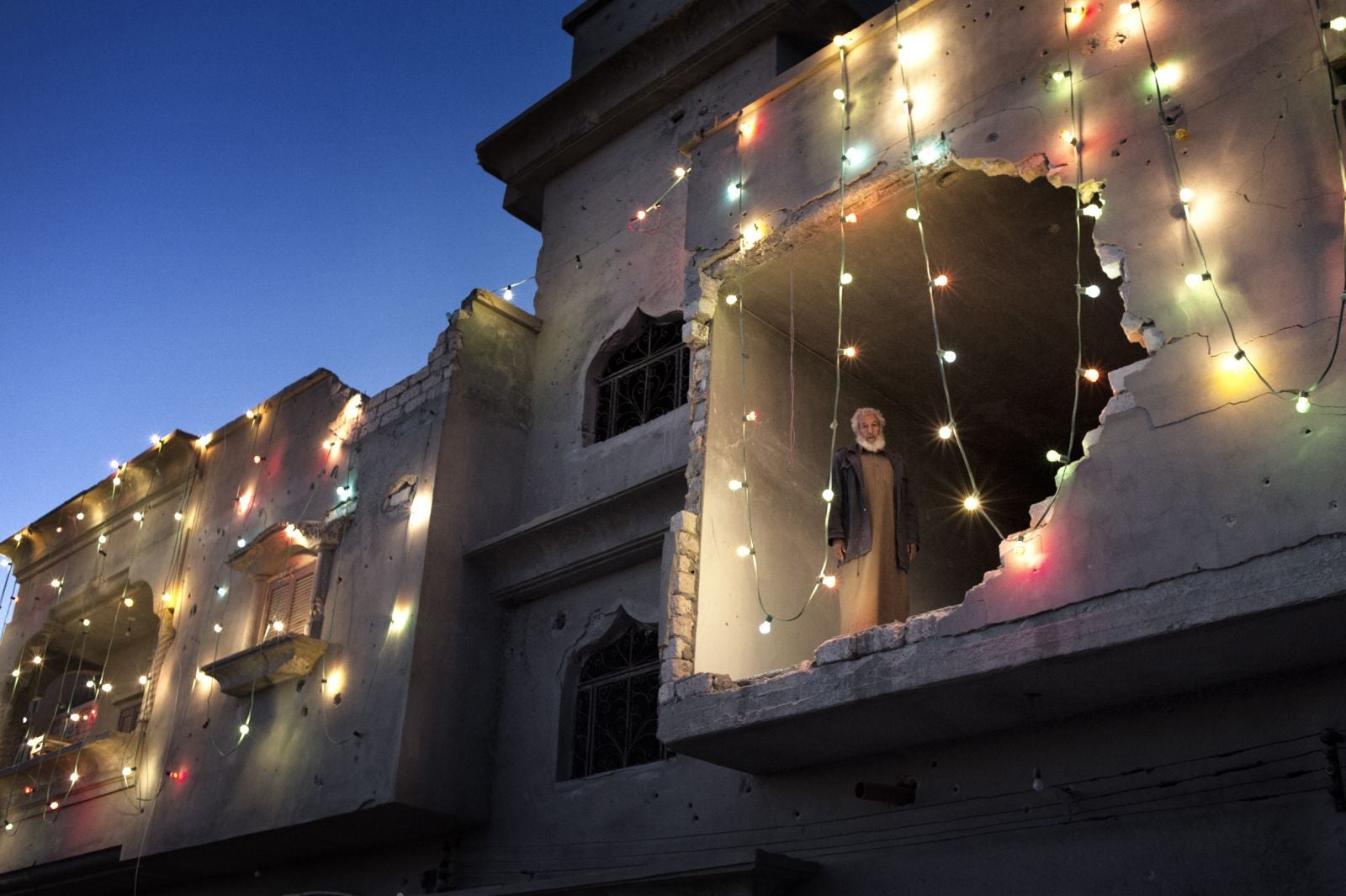 (A Libyan man looks out from his ruined apartment in Ajdabiyah, destroyed by heavy shelling during the Libyan civil war. PHOTO: Yuri Kozyrev Noor Images)

ELSEWHERE IN THE MAGAZINE

In the Politics Column this week, Rafael Behr writes on cross-party political allegiances: “There is nothing new in political rivals teaming up to achieve their goals.” On the Leveson report, Nick Clegg finds himself closer to Ed Miliband, but he cannot be seen to jump ship from the Conservative coalition just yet, whether on this matter or others:

. . . the Lib Dems are pushing coalition as an attractive and stable system of government. That requires getting to the end of the parliament with a chest full of gleaming policy trophies. Prematurely flouncing away from power is not in the plan.

“We can’t be seen to be throwing off the fiscal straitjacket at the first opportunity,” says a Lib Dem strategist of the party’s dilemma. “Nor can we stand at the next election in a position where people can say, ‘They have exactly the same platform as the Tories.’

Laurie Penny: The urge to “save” women from selling sex is little more than puritanism

For “In the Red” this week, Laurie Penny argues in favour of decriminalising sex work, lambasting the “treacherous stream of public opinion” that has seen the debate over the sex trade usurped by “neo-Victorian” lobbyists and the public, rather than the voice of those within the industry. Penny writes that legislation is more often “designed to protect the middle classes from the more ‘unsavoury’ elements of the community” than to protect sex workers effectively. It is a class, even a gender, issue:

Their stories [those of female and male sex workers] are often very different from the simple tale of victimhood told by anti-sex-trade campaigners. The voices and opinions of sex workers, however, are usually silenced in “mainstream” debates about prostitution.

The elements of class suspicion at work here shouldn’t have to be spelled out. When “nice” women with regular incomes take a stand to deny the agency and attack the morality of people working in precarious conditions, what else are we supposed to call it?

For groups such as the European Women’s Lobby, prostitution is always male violence against women – so the many men who work as prostitutes don’t really count. Sexually conservative feminists have never seemed anxious to save male sex workers. It’s as if there were a sort of “prejudging” going on. It’s almost like – what’s the word? Oh, yes. Prejudice.

In the Critics section of this week’s magazine, Simon Kuper, author most recently of The Football Men, reviews Tout seul, the memoir of the former French national coach Raymond Domenech. None of the stars of the French game – Zinédine Zidane, Nicolas Anelka, Samir Nasri and Franck Ribéry, to name just four – emerges unscathed.

Also in the Critics:

Leo Robson reviews Both Flesh and Not, a posthumous collection of essays by David Foster Wallace

For this and more read our “In the Critics this week” feature on Cultural Capital.

Purchase a copy of this week’s New Statesman in newsstands today, or online at: www.newstatesman.com/subscribe