There were all sorts of flags flying from the paramount of the Southbank this weekend. Jubilee bunting along the waterfront promenade, specially commissioned Festival Flags that blend the banners of myriad countries together in one “world community” standard; even a choreographed dance of red and yellow semaphores to send a message to the maritime-savvy royal flotilla: Happy Diamond Jubilee Queen Elizabeth, We Heart You.

But more than just the usual fanfare regalia, from 1 June the Southbank Centre has flying another, more symbolic kind of flag. Let’s call it the Flag for Art. And it won’t be just polite, gallery-bound art. Think bold declarations and noisy celebrations: music, sculpture, cabaret, food, installations, blossoming gardens and over 4,000 artists, poets, writers, and performers from 195 countries coming together to stage three month’s worth of performances. It’s The Festival of the World, an out-and-out global flavoured fete.

“Can Art Change the World?” is the gallant tagline of the festival. Idealistic as it may sound, if any institution is positioned to prove it right, it would be the Southbank. As Europe’s largest arts centre and a staple London attraction, the festival is well placed to receive, and engage, millions of visitors this summer. Last year’s Festival of Britain had 11 million bypasses. Nearly 3 million paused to actively participate.

As the Southbank’s artistic director Jude Kelly put it at the launch, the Southbank Centre is an “iconic” space of “continual transformation”.

“Our festival champions the idea that art holds the key to unlocking the collective imagination,” she beamed.

Kelly also points towards the institution’s longstanding core ideals of engaging society through art. “One of the most important things we have inherited is the idealism founded by the [first] Festival of Britain.” First staged 1951, the festival marked the inception of the Southbank Centre; a “tonic for the nation” that brought frivolity back to a post-war England, reinvigorating sentiments of optimism and progress through art. In this century London is an infinitely more diverse place, though perhaps no less in need of a rejuvenating kick. Will Festival of the World do the trick?

With the 4,000-plus artists due to add their voice to the festival’s programme, the roster of events is simultaneously overwhelming and exhilarating. An interactive outdoor landscape chock-a-block with installations makes up the heart of the festival. The projects are numerate and a touch disparate. There’s sculptural columns built by Korean artist Choi Jeong Hwa – from florid green household baskets, large scale figures made of reconstituted woods scraps scaling the Hayward Gallery – a sound installation broadcasting poems from around the world read in their native language, a fifteen foot Baobab tree built from “global” fabrics, a luminous landscape of plastic milk bottles and much more. But assortment is well held together by the connective tissue of cultural celebration, internationalism and creativity innovation.

Several large-scale events are slated to headline the festival. Poetry Parnassus (26 June – 1 July) is a “world record breaking” gathering of poets from across the globe, while Africa Utopia (3 – 28 July) sees an extraordinary breadth of African music, dance, literature and debates take centre stage. The Hayward Galley will be transformed into Wide Open School, a visual arts summer school “devised and fuelled by the imaginations of leading artist from around the world”. The London Wonderground features top calibre comedy and cabaret in the sprawling Spiegeltent, one of only two dozen-odd mirrored circus tabernacles left over from the 1920s vaudevillian heyday.

Perhaps the sturdiest pillar in the Southbank’s agenda to “champion the idea that art…can be a powerful agent for social change” is their continual highlighting of international project that shape lives through art. Dotted throughout the site are information placards drawing attention to programs such as Shelanu – a Birmingham based craft enterprise assisting refugee women – or AfroReggae, a dance-based social mobility scheme in Rio di Janiero. The Royal Festival Hall is also home to the Festival of the World Museum, a series of interactive environments honouring an ethos of “art as change”. One commemorates arts education visionaries such as Maria Montessori and Rudolf Steiner, another captures the transformative power of music, a third allows visitors to apply to become “citizens of the world” (blue passport with your own photo included).

If there’s one thing that binds the projects in this festival together, it’s their collective multiculturalism.  “This summer, as London welcomes the world,” Jude Kelly says. “Festival of the World asks a timely and crucial question: How can we understand each other’s cultures better and help make the world a better place?”

The festival’s feel is rightfully democratic; its installations accessible to all and encouraging interaction. It’s sure to be a soiree of mass appeal – adults, children, gallery gurus and art rookies alike won’t feel out of place. So hit the newly opened roof garden atop the Queen Elizabeth Hall, sip a gin fizz, and take a moment to contemplate all that art can accomplish. Can it change the world? “Well possibly,” Jude Kelley admits. “We have to give it a go.”

Festival of the World is on at the Southbank Centre, SE1: 1 June – 9 September. 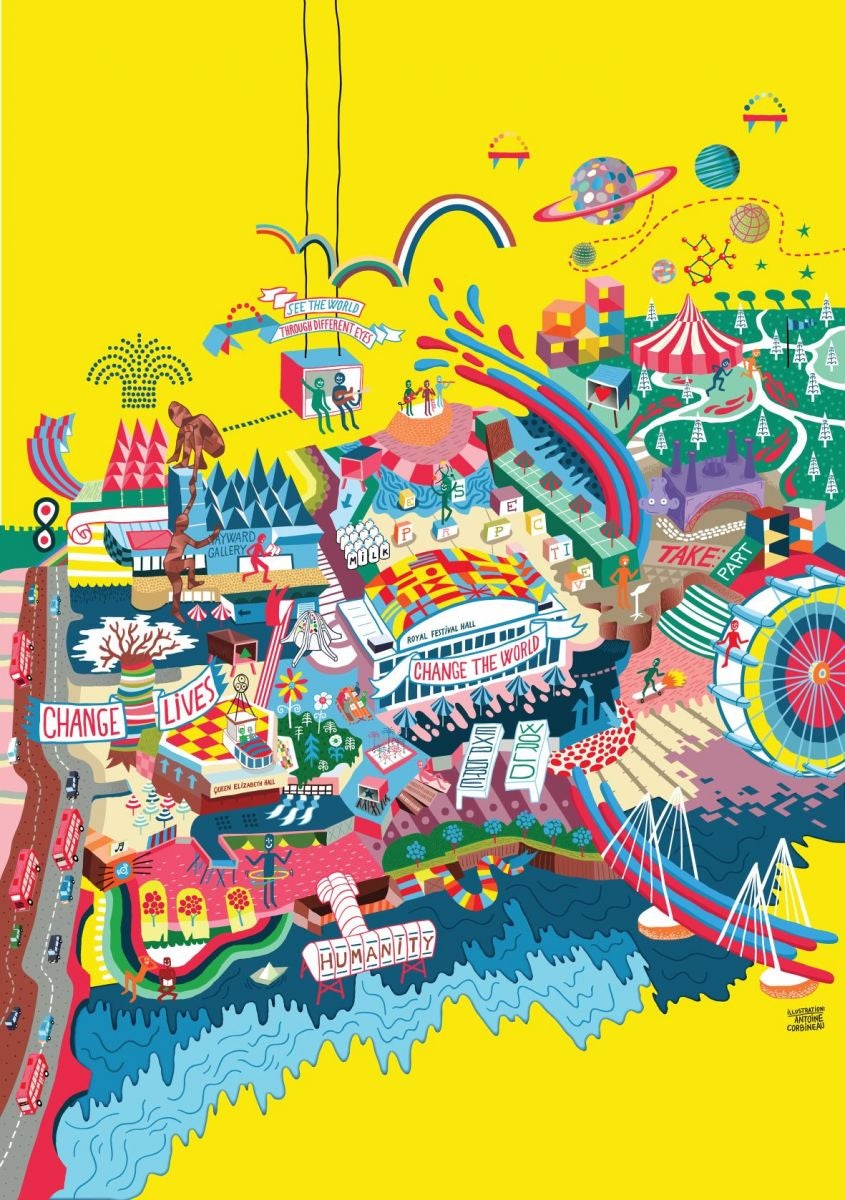 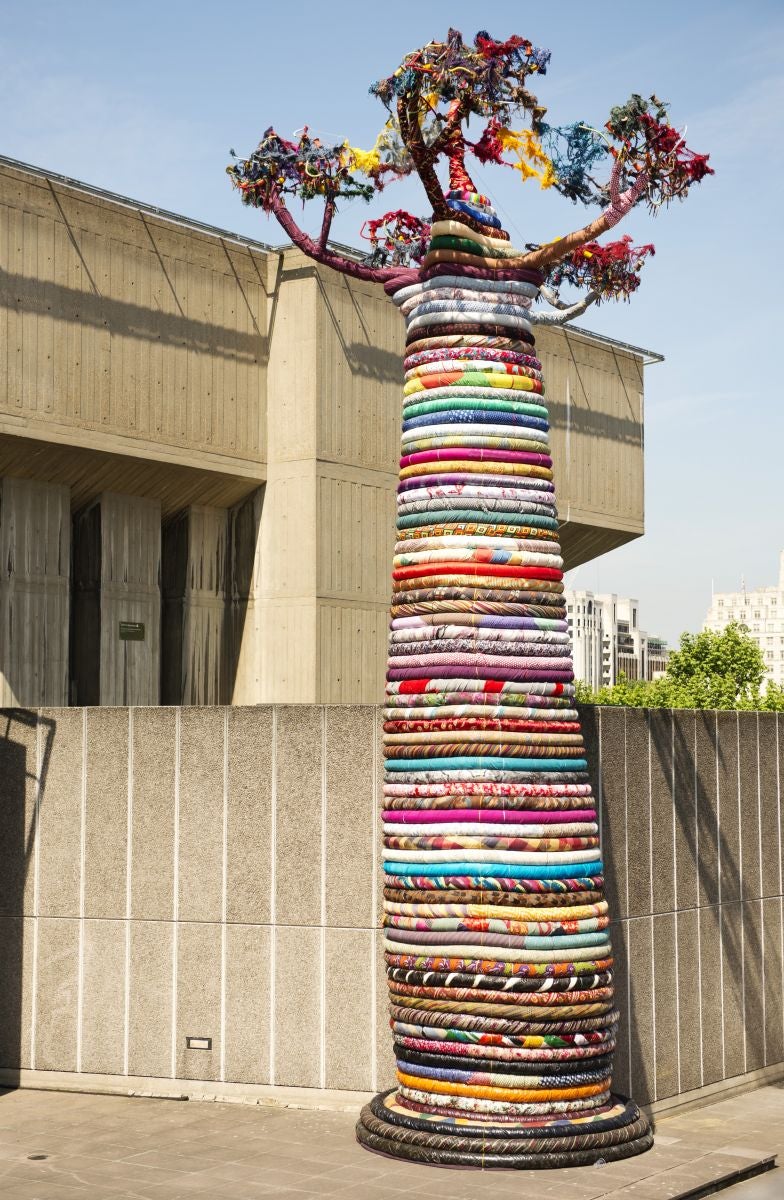 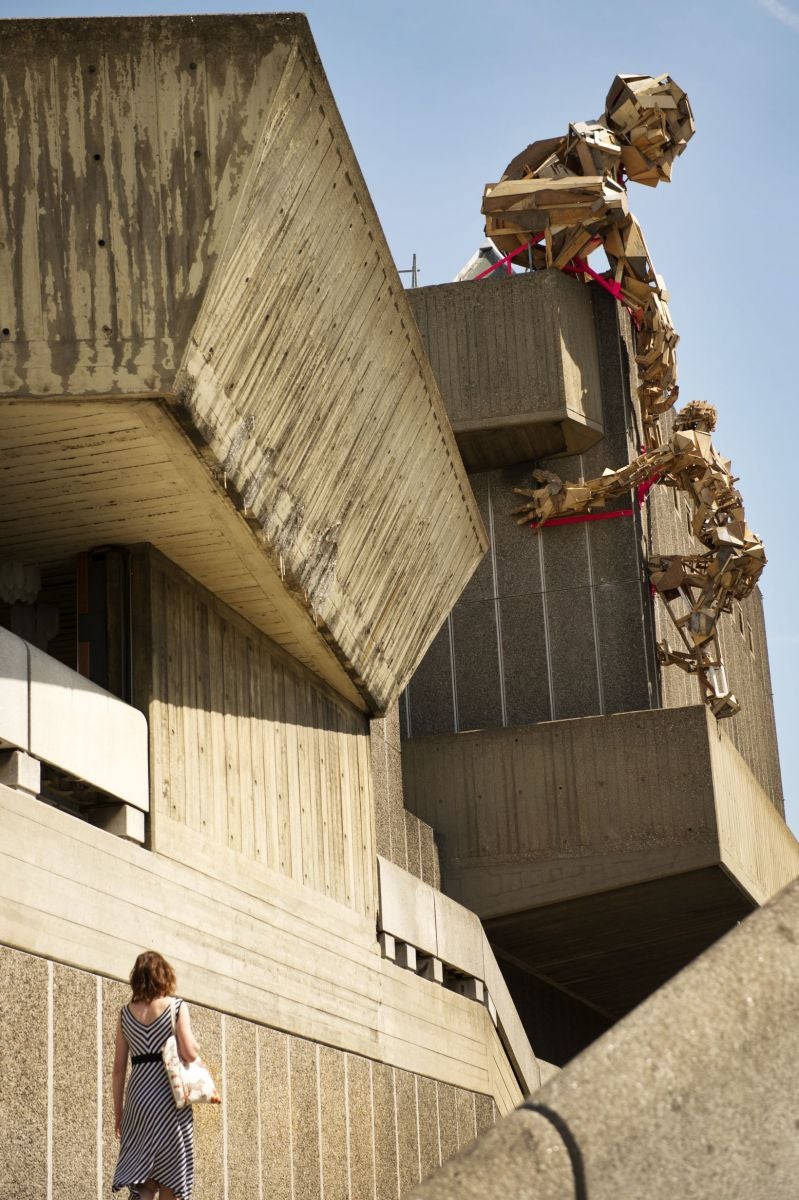 (Everything is beautiful when you don’t look down: created by Robots>>>>. Linda Nylind/Southbank Centre) 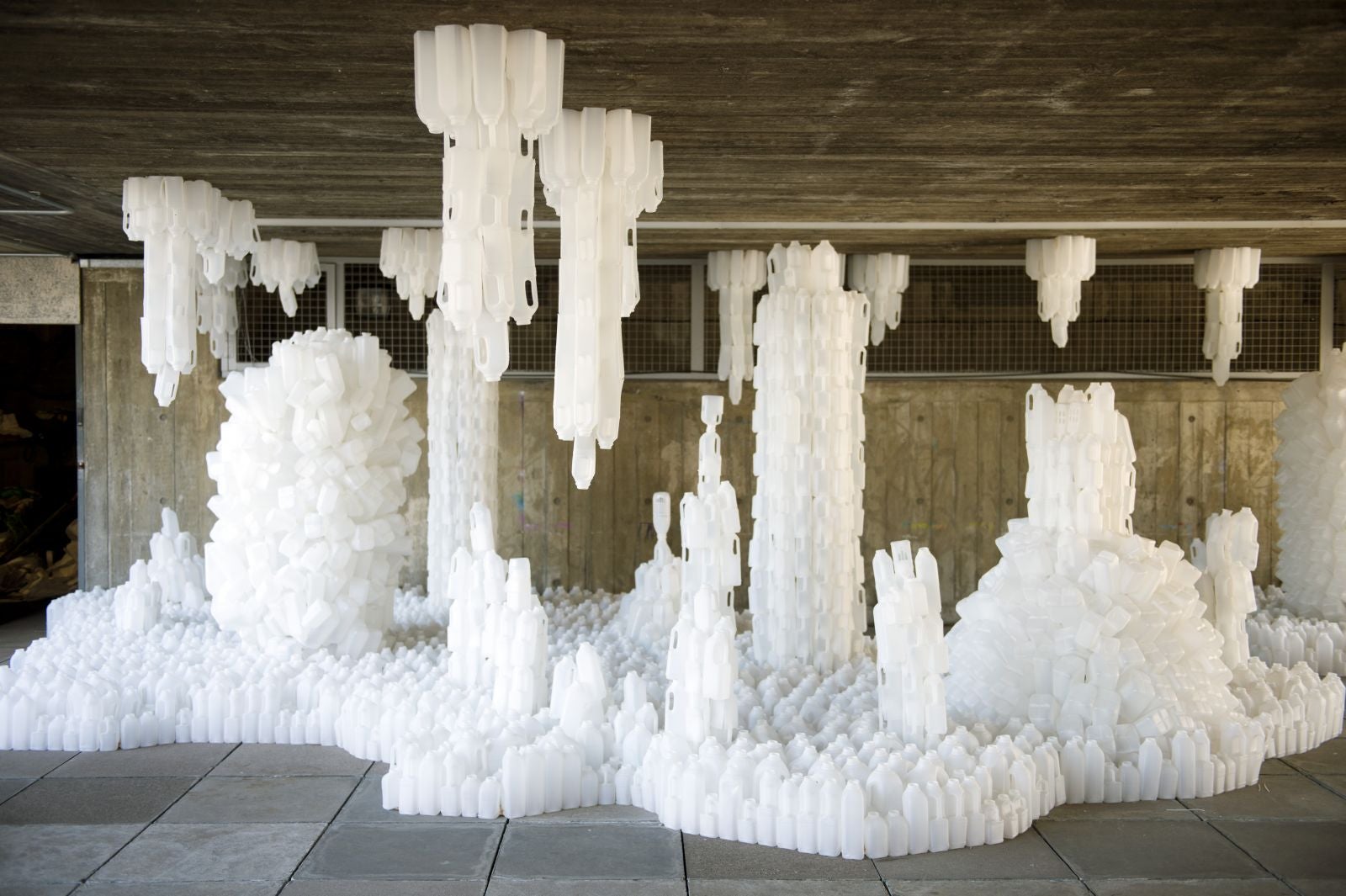