Alwyn Turner: The end of socialism

In the New Statesman Cover Story, Alwyn Turner, author of the ebook Things Can Only Get Bitter: the Lost Generation of 1992, considers that year which brought a surprise election victory for John Major and the Tories, and “when a generation finally turned its back on politics”:

These were the people born a few years either side of 1960 – the biggest demographic bulge in British history – whose adult political experience was of a seemingly permanent Conservative government. Disillusioned by the unexpected victory of the Tories in the 1992 general election, this lost generation turned its attention instead to capturing the commanding heights of national culture.

After leading a brief cultural renaissance, this same age group “sowed the seeds of its own destruction”, Turner says, arguing that “[their] absence from politics ceded the field to a group of homogenised professional politicians who were allowed to emerge unchallenged”. The effects of this disengagement are still being felt today: 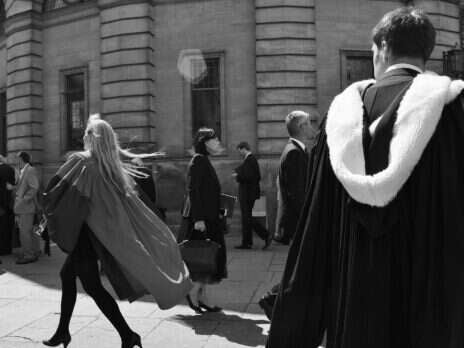 Twenty years on, as another era of mass unemployment dawns, the effects of that election can still be seen in the political world that is being bequeathed to today’s school leavers and graduates.

This week’s magazine also features an Education Special in which Andrew Adonis, minister for schools under Tony Blair and Gordon Brown, argues that the left should be in favour of free schools because the Labour Party, in effect, created them:

They were a crucial part of our drive to promote equality of opportunity and social mobility, particularly in disadvantaged communities with low educational standards.

The only reason why the Tories invented the term “free school” was to pretend they were doing something fundamentally different, instead of continuing one of Labour’s most successful policies.

However, unlike the new free schools created under the coalition’s schools agenda, Labour’s academies were founded on tenets of equality and social mobility and were “located largely in areas of very high deprivation, selected with a relentless focus on overcoming disadvantage”. Academies built under the Tories since 2010 owe much to Labour’s legacy:

School 21, [Toby Young’s West London Free School] WLFS and many other free schools are all-through, catering for children aged three to 18. Again, this builds on bold changes under Labour. Thirty of Labour’s academies are all-through; before academies, there were virtually no all-through state schools.

Adonis argues that, with such claims to success, Labour must debate “credibly and constructively” with the Tories on their “wrong” and “deeply complacent” education policies, including:

. . . teacher recruitment and development, the curriculum, Sure Start and the replacement policy that will be needed for £9,000 university tuition fees . . .

Labour will get back into government by having a better plan for the future, not by opposing changes which are working well. This applies above all in education, which is one of our success stories.

Also in the Education package, the journalist and campaigner for comprehensive education Melissa Benn offers a diary of the recent “school wars” she has been fighting in public.

In September 2011, Benn noted how a defence of free schools in a London Evening Standard article by the Education Secretary, Michael Gove,

She takes issue with Gove’s chosen description of herself and Millar:

This is a bit rich. What two middle-aged men, with years of political, journalistic and campaigning experience between them, would be described solely in relation to their mothers and wives? As for Gove, an intimate ally of Rupert Murdoch, claiming that it is his critics who are part of the privileged media establishment, well, that’s laughable.

Challenges to the government’s education reforms are poised to move into the mainstream of public debate, Benn writes:

Toby Young makes the absurd claim that objection to the government’s policies is confined to a handful of campaigners such as myself. Discontent at coalition school policies has not reached anti-NHS reform levels but there is widespread unease at the speed of the fragmentation of state education, from a government with no overall mandate to do so. (In their 2010 election manifesto, the Lib Dems promised to scrap academies.) The most common question at the end of [parent and schools] meetings is: “What can we do?”

Elsewhere in the Education Special, Mehdi Hasan unpicks the myths and realities of academies, and in conversation with Rafael Behr, the Lib Dem children’s minister, Sarah Teather, defends government cuts to Sure Start.

In Observations, Frank Ledwidge describes the psychology of soldiers in Afghanistan and John Ashton writes that the failure to solve the Lockerbie bombing has become, now more than ever, a gross embarrassment for the Scottish National Party. And elsewhere in the magazine, Nicholas Wapshott reports on Washington’s indifference to David Cameron, David Marquand reviews two new books about John Maynard Keynes, Simon Kuper charts the decine and fall of Glasgow’s “Old Firm” in the Critics, and we publish “Mind away”, a new short story by the Costa shortlisted author and poet, Jackie Kay.