Tina Brown is working her magic on Newsweek. After last week’s “Diana at 50” piece, in which Brown asked what the world would be like if Diana hadn’t died in 1997 (The answer? Better, as it would be a world without Brown’s “Diana at 50” piece and the terrible accompanying photoshop), Brown has this week splashed with a literally glowing picture of Sarah Palin. Last year, Newsweek ran a cover showing a scantily dressed Palin about to go running (perhaps because she was running for vice president, not because she had a good pair of pins). This time, it’s slightly less sexist. But would a male politician be photographed in the same way? Actually, scratch that. Would a serious politician be photographed in this way? I doubt that Newsweek will do a glossy Tim Pawlenty photo gallery. 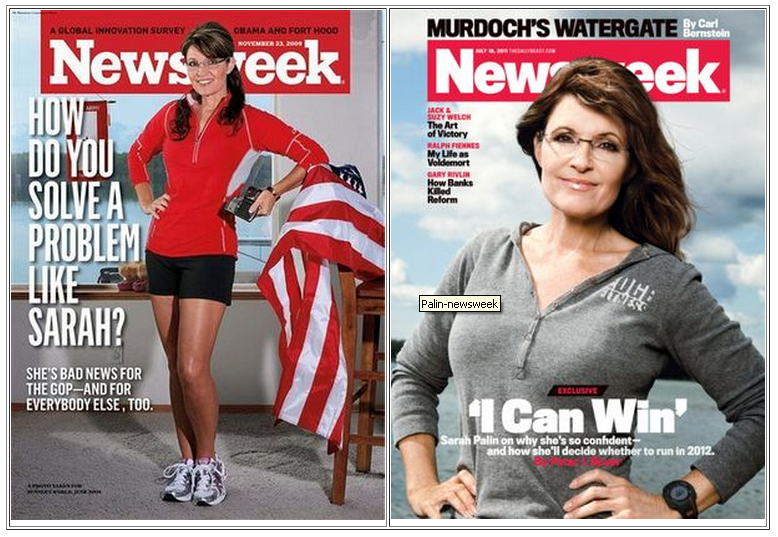 Away from Palin’s pretty face, the Newsweek interview was enthralling, as anything to do with Palin generally is. Palin laid down a pretty thick hint that she may run. Discussing the fact that she is often brought up as a potential candidate (along with Gov Rick Perry of Texas), Palin says:

“It suggests that the field is not set. Thank goodness the field is not yet set. I think that there does need to be more vigorous debate. There needs to be a larger field. And there’s still time. There’s still months ahead, where more folks can jump in and start articulating their positions.”

Bachmann Bingo has taken a strange twist. Beltway Briefing readers will be aware of the frequency with which Bachmann mentions a few key facts about herself – and if she mentions all four (“five children”, “23 foster children”, “tax lawyer”, “tea party”) in one go, it’s bingo! One of the four tenets of Bachmann Bingo, however, has come under scrutiny. Bachmann protrays herself as a warrior for low taxes, via her past as a tax lawyer. She was indeed a tax lawyer, but – according to the National Journal – she worked for the Inland Revenue Service from 1988 and 1993. Rather than helping citizens avoid paying their taxes she was – deep breath – collecting taxes. Oops. How this will go down with her anti-tax base will be interesting to watch.

$134,000,000,000. Remember that figure because you will be hearing it a lot in the next few months. $134bn is the hit that the US economy will take if the US government fails to agree on an increase in the US debt ceiling by 2 August, according to Jay Powell, who served as undersecretary of the Treasury in George H.W. Bush’s administration and who authored a comprehensive study on the topic. If it happens, voters will blame someone – whether it will be Congress or the President who bears the brunt of voter annoyance, however, remains to be seen.