Gibraltar is a place of very mixed yet distinctive architectural languages, where British military tropes have fused with diverse cultural and regional styles such as Genoese, Spanish and Portuguese to create a unique vernacular.

A walk through the streets in the Old Town of this tiny peninsula might evoke images of Italian hill towns in the late 17th and 18th centuries. The building façades, though largely plain, have a rhythmic regularity that gives the streets a quiet and unassuming beauty. Some say the Old Town feels quite timeless.

Gibraltar was conceived as a fortress city by the Muslim conquerors when the first city on the Rock, the “Madinat al-Fath”, was founded in the 12th century. To this day, the area within the city walls reflects the urban pattern of the late-medieval period. However, most of the Moorish and Spanish architecture developed between the 11th and 15th centuries was destroyed in the many sieges of Gibraltar over the ensuing centuries.

Since then, the City of Gibraltar has evolved as a direct product of its natural and social environment. Sieges and world wars have marked the urban landscape with a complex map of city defences, walls, moles, bastions and batteries. It was a prosperous merchant trade as well as the subsequent settling and growth of an indigenous population which led to the development of housing and civil facilities such as hospitals, police stations and schools. Within this flurry of development, military-ordnance-style arched doorways, Italianate stucco relief, Genoese shutters, English Regency ironwork balconies, Spanish stained glass and Georgian sash and casement windows all come together to reflect a multicultural community with widespread roots.

I arrived on the Isle of Wight by Hovercraft

Looking to the future

Giovanni Maria Boschetti, a settler from northern Italy, has been credited with having a strong influence on Gibraltar’s architectural style. Responsible for the design of the Victualling Yard (a large storage yard that serviced the Royal Navy from its completion in 1812) and also for the Civil Hospital in the Old Town, Boschetti arrived in Gibraltar from Milan in 1784. He was aged 25 at the time and his previous career is unknown, although he may have been a mason or engineer.

The town of Gibraltar was largely rebuilt after the Great Siege of 1779-83, which was the 14th and longest siege of the Rock. During this time Gibraltar came under continued assault from Spanish and French forces hoping to starve the garrison into submission. The post-siege labour forces, or at least the architects, would have been made up largely of military engineers who stuck to what they knew, clearly influenced by new arrivals such as Boschetti.

It is interesting to see how this style spreads throughout the town and becomes domesticated. It is easy to compare the keystones of the arched doorways leading to family homes with the arched entrances of the many batteries, bastions and barracks around the fortress. Fortress Gibraltar was essentially a walled city, so any rebuilding needed to occurwithin these walls. One must not forget that, unlike today, the sea lapped against the city walls.

Meanwhile, the plan of the upper town was constrained by the very topography of the Rock, with its steep ground, curving hills and gulleys, which has resulted in a maze of steps and alleyways. The British built on and improved the Spanish defence walls and lines, just as the Spanish had done in 1462 when they displaced the Muslims. Although the town was rebuilt after the Great Siege, the old

Spanish street pattern was retained. This was much to the disdain of chroniclers such as Captain John Drinkwater, who was convinced that the destruction caused by Spanish cannon was a good excuse to reorganise the town. 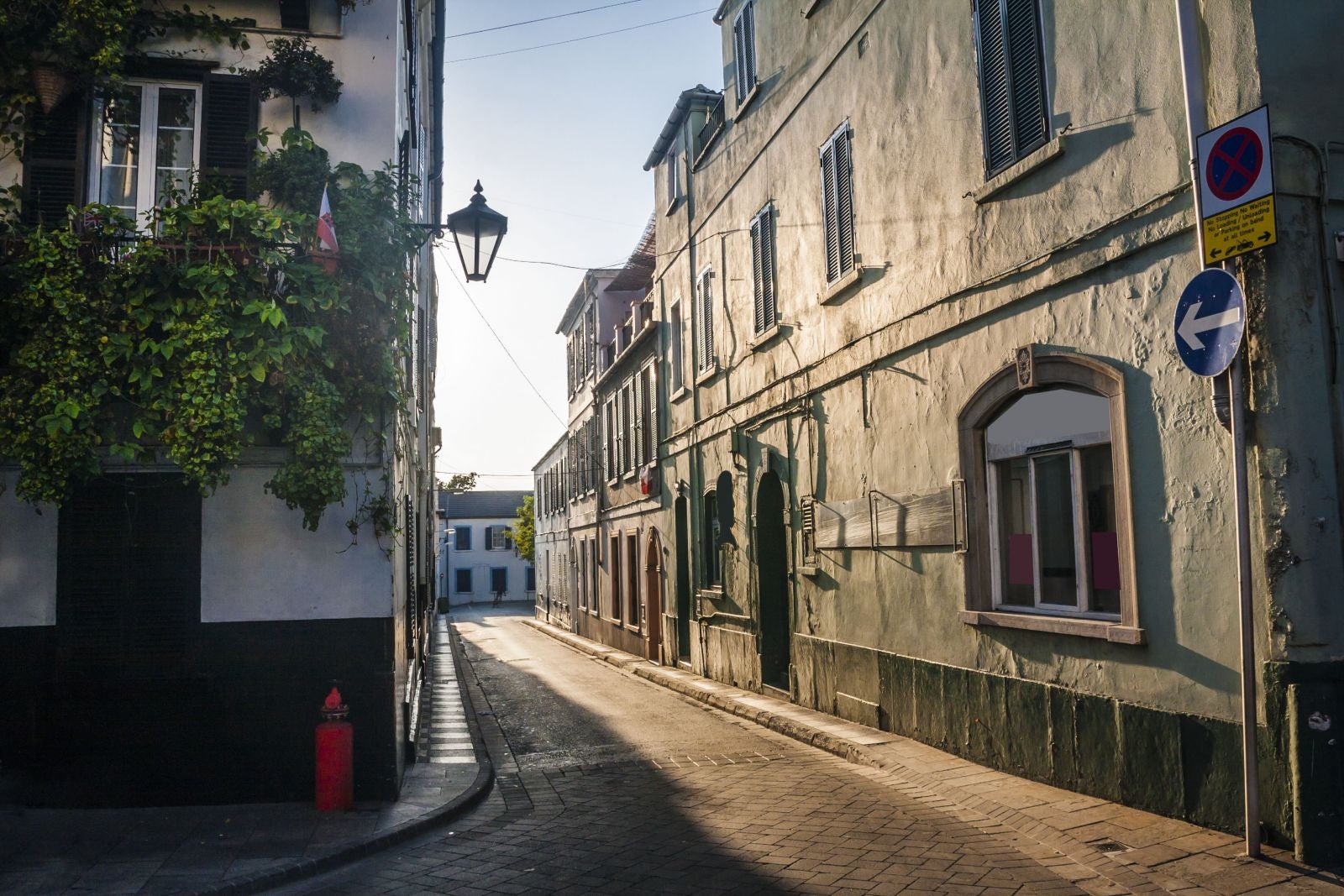 [Hands that built the Rock: the Italian mason-turned-architect Giovanni Maria Boschetti had a strong influence on local style]

With such a multitude of influences at play, could the typical building be said to have a “Gibraltarian look”? Indeed, it can. Most local buildings are designed around a central courtyard or patio. In the past, these patios were the centre of community life, an extension of the home. They were often overcrowded with friends and family, and provided a cool respite on warm summer evenings.

Buildings with more ornate features usually housed the wealthier classes, while the upper part of town, with a few exceptions, used to consist of tenements designed for the poor. These tenements housed a number of families, mostly with one room and a kitchen for each family and a shared toilet, and lacked any form of external ornament.

The one feature common to both the wealthy and the poor was the Genoese shutter – a typical timber shutter originating in northern Italy. Windows and doors define the character of a building and play an integral part in understanding its past history and function. This louvred shutter was highly efficient in keeping out the sun and maintaining an even temperature within. It also has a practical “spy panel” in the lower half that provides shade, increases airflow and ensures privacy from adjacent neighbours.

Due to Gibraltar’s restricted landmass and growing population, reclaiming land or clearing space for new construction has put an inevitable stress on the historic urban environment. Some fear that we may be on the verge of losing what makes the city unique. For instance, Gibraltar’s timber shutters are slowly being lost to successors made of aluminium, a material that not only looks out of place in historic streetscapes but acts as a “radiator”, absorbing rather than reflecting the sun’s heat.

There are various urban regeneration schemes aimed at reviving areas of Gibraltar’s Old Town and breathing new life into her old buildings. Most of the properties in the Old Town area are desirable and of spacious proportions. They are increasingly being converted into family homes, workspaces and shops. Gibraltar’s architecture makes it a place like no other on earth. Why not come and see for yourself?