At the beginning of March, over 150 members of the local business community gathered in the World Trade Center construction site for a ‘topping out’ ceremony. As the last beam was placed on the structure, guests heard speeches about Gibraltar’s resilient economy, its potential for international growth and the need to offer global businesses the necessary working environment to remain competitive.

The EU referendum and the prospect of a so-called Brexit are dominating the headlines, and much of the coverage is gloomy. But in the background, Gibraltar’s private sector continues to drive projects which, in the long term, will help attract international investors to the Rock.

Earlier that same day, Gibraltar’s Development and Planning Commission heard submissions from well-known British architect Jonathan Manser, who leads the design team behind Eurocity, another major development that has its eye on Gibraltar and a prosperous future.

There are other schemes too, some still on the drawing board, some already under way. The MidTown Development, a mix of offices and top-end flats, is funded by a local consortium on a prime site in the heart of town. On the east of the Rock, the ambitious Bluewater project promises a mix of luxury and affordable homes alongside a marina. There are plans too for a former Ministry of Defence site named after Admiral Rooke, while in the Old Town, developers and individual home owners are breathing life into this run down but charming warren of steep, narrow alleyways.

I arrived on the Isle of Wight by Hovercraft 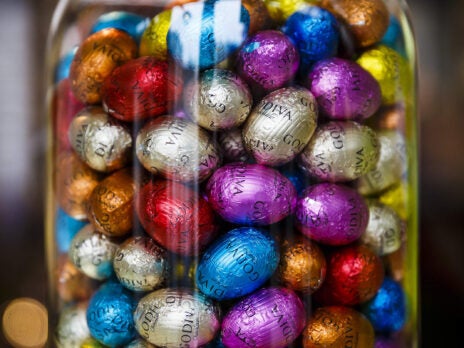 Morning Call: The best from Gibraltar

Elsewhere, work is progressing on key infrastructure that will be essential for Gibraltar’s future, in or out of the EU.

Experts are finalising the environmental impact assessment for a facility that will store liquefied natural gas for Gibraltar’s new power station, already under construction. Work should resume too on the airport tunnel project, vital to freeing up Gibraltar’s clogged roads. A new sewage treatment plant, although still some way off, is also in the pipeline, a critical and long-overdue element of Gibraltar’s infrastructure.

There are new attractions for tourists – the opening of the Upper Rock rope bridge and sky platform is eagerly awaited by locals too – and important developments in culture and education, where the University of Gibraltar is building strong academic links across the community and beyond.

Despite the combative nature of Gibraltarian politics, there is unity on this question. Both the Gibraltar Government of Gibraltar and the Opposition agree that the UK and Gibraltar should remain in the EU and that Brexit could undermine the Rock’s economic model, creating uncertainty that Spain will undoubtedly seek to exploit. They add that the UK must factor Gibraltar into any post-Brexit negotiation with the EU.

Gibraltar’s long-term economic future will also be placed under scrutiny locally this year by the 2025 Committee, which brings together the public and private sectors and unions to draw up 10-year strategies for the different sectors of the economy, identifying challenges and opportunities in areas as diverse as e-gaming and shipping. A key element of this will be to find new opportunities for business in emerging markets in Asia, the Americas, the Middle East and Africa.

In parallel, a cross-party select committee of the Gibraltar Parliament will analyse various aspects of the 2006 Constitution ahead of a constitutional conference with the United Kingdom on a date yet to be determined. Along with the UK’s referendum on EU membership, the constitutional review will dominate much of parliamentary and political activity during 2016 and likely into 2017. If any changes are proposed as a result of the review, they will first have to be put to a referendum before they can be adopted.

Gibraltar is keeping a wary eye too on Spain, which has yet to swear in a government following an inconclusive general election last December. The future of cross-border relations will depend not just on whether the UK remains within the EU, but on the outcome of the post-election wrangling in Spain.

But even as Spanish politicians try to hammer out a coalition pact in a bid to avoid a return to the polls in June, there is grassroots contact across the border.

The Cross Frontier Group, which brings together business and union interests from Gibraltar and the Campo de Gibraltar, is forging ahead with a proposal to access EU funding for cross-border initiatives. Separately, the government continues to maintain contact with Spanish politicians ranging from PSOE senators to the mayor of La Linea, Juan Franco.

The hope is that, having cleared the EU referendum hurdle, Gibraltar will be able to develop positive dialogue with Spain, irrespective of who is in government. There is much to be gained through practical cooperation in areas as diverse as commerce, culture and sport.

There is, inevitably, a degree of caution. Spain’s acting Foreign Minister, José Manuel García-Margallo, has signalled that if Britain left the EU – and if his party remained in power – he would seek to revive the joint sovereignty proposal robustly rejected by Gibraltar in 2002.

It would be a move doomed to failure because Gibraltar will have nothing to do with such a a proposal, and neither will the UK. Their shared view is that nothing can be decided on Gibraltar’s future without the agreement of the Gibraltarians.

When he was sworn in as Gibraltar’s new Governor last January, Lieutenant General Edward Davis reaffirmed the UK’s double-lock commitment to the people of Gibraltar, underscoring their inalienable right to self-determination and the UK’s commitment to secure their consent in all matters that pertain to the sovereignty of Gibraltar.

In doing so, he was reflecting the words of one of his predecessors, General Sir William Jackson.

“Gibraltar is neither Spain’s to claim nor Britain’s to give,” Sir William wrote, in a sentence that resonates to this day and sums up the situation succinctly.

“It is the rock of the Gibraltarians.”

This will be the last item on the New Statesman’s Gibraltar hub for at least a while. We’ve thoroughly enjoyed bringing you insights and hopefully greater understanding of the issues affecting the Rock as well as its politics, culture, geology and a great deal else. We would like to thank our sponsors the Gibraltar government, our many writers and above all our readers.