As another Earth Day comes and goes, some may be left asking what environmental campaigning actually achieves. Global emissions have soared since the annual event’s inception in 1970, as have air pollution, deforestation and habitat loss.

Yet the answer to such doubts has to be that, slowly but surely, the message is growing that the well-being of humanity is inseparable from the protection of nature. And that efforts to jointly protect both are needed now more than ever.

The famous 1932 mass trespass of Kinder Scout is a useful touchstone for this realisation. Ninety years ago this Sunday, a group of working-class ramblers from Manchester and Sheffield set their sights on summiting the Peak District plateau.

Their demand was a “right to roam” over private land in a way that was blind to class or race (according to Benny Rothman, the organiser of the trespass, the five participants who were later arrested for trespassing were all “Jewish or Jewish-looking people”, which Rothman considered racist behaviour from the police). Almost two decades later, their call was answered – at least in part – by the Labour government’s creation of a National Parks and Countryside Act in 1949. By 1951, the Peak District had become the first national park.

The Tory “attack on nature” will undermine UK security 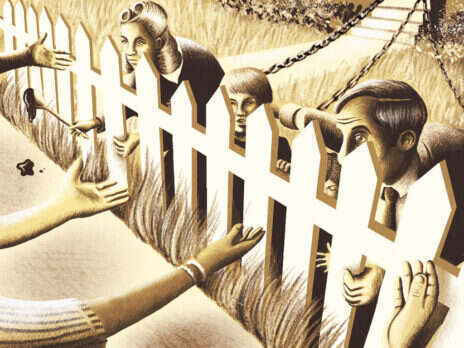 But the original trespassers’ wider vision has still not been met. In 2000, the Countryside and Rights of Way Act established a partial right to roam in England and Wales, yet it covers just 8 per cent of England. Additionally, only 3 per cent of the country’s rivers are legally navigable; in even less is it possible to swim or kayak.

As those who are gathering on Kinder Scout this coming anniversary weekend will attest, restricted rural access shuts off engagement with nature in other ways too. By leaning on historic divisions between those with power and those without, limits on rights of access also limit the psychological scope of who feels welcome in the countryside, explains Nadia Shaikh, a professional conservationist and co-founder of Kinder in Colour,

According to statistics from the Campaign to Protect Rural England, black people and people of colour (BPOC) make up just 1 per cent of visitors to national parks, despite forming around 13 per cent of the population. Meanwhile, incidents of racism are more likely to take place in the countryside than in cities.

Together with a raft of other organisations focused on widening access to the countryside (including Land in Our Names, Black Girls Hike, Muslim Hikers, Right To Roam and Landscapes of Freedom), Kinder in Colour is thus pressing to expand the right to roam – and our care of nature with it.

A recent survey by the outdoor clothing company Rohan found that 70 per cent of adults in England and Wales admit to breaching at least one aspect of the Countryside Code when they go out walking, rising to 73 per cent among millennials. The first most common violations are to walk through an open gate and then close it behind you. And the second is to climb over fences, walls or hedges away from the designated footpath; or in other words, to trespass.

These figures point as much to persistent problems with the code itself as they do to any with walkers. Why, for instance, don’t more farmers add signs to open gates asking people to leave them as such, suggests Sam Siva, 27, an organiser with Land in Our Names, a land racial justice collective, and co-founder of Kinder In Colour. Similarly, Siva says, if famous beauty spots are so overcrowded, then provide more easy alternatives for people to wander and explore.

In place of such exclusivity and assumed knowledge, “we need to create a new culture for the countryside,” Siva stresses – one that starts by providing more information to walkers, more bins, and more instinctive access to green space.

The campaigners’ hopes for reform were dampened by this week’s announcement from the environment minister, Rebecca Pow, that “there are no plans” to release results of a review of the issue. But it is not just people who will benefit from efforts to extend access and inclusivity, they stress.

As illustrator and lifelong trespasser Nick Hayes has argued in his new book, A Trespassers' Companion, the more that people's freedom in a landscape is curtailed, the less sense of responsibility they will feel to protect it. Siva and Shaikh agree: the more connected people feel to nature, the more care they will take – whether that’s picking up litter or taking steps to reduce their carbon emissions.

“Millennials aren't broken. They’ve been given a world that means they have to follow rules to be in the countryside, rather than be allowed to intuitively care for it,” adds Shaikh. “Unless people reconnect with places and community, however, they’re not going to know how to protect it and love it.”