Progressives often proclaim that we should “think globally, act locally”. However, issues at the local level – such as where to locate a wind turbine or solar panels – are often controversial. People who are generally in favour of certain progressive policies may not want them implemented in their own neighbourhood. Such people are often called “NIMBYs”, an acronym for “Not In My Backyard”.

The term was added to the Oxford English Dictionary a few years ago, and is defined there as someone who “objects to the siting of something perceived as unpleasant or hazardous in their own neighbourhood, especially while raising no such objections to similar developments elsewhere”. As the tone of the OED definition suggests, NIMBY is a pejorative term, especially in the world of urban planning, where it is used to discredit opponents to a project, portraying them as ignorant, irrational, hypocritical, selfish or unfair.

Yet those accused of NIMBYism are often in the right. Sometimes the people whose backyard is at stake are best placed to see the value in preserving it – not just its value to them, but its intrinsic value. Far from being at odds with the public good, they may even help ward off public bads. The problem of NIMBYism, then, can shed light on the complex relationship between justice and our connection to place.

The accusation that NIMBYs are ignorant or irrational is too hasty. True, misunderstanding is always a possibility among people who lack expertise, especially when it comes to complex land-use decisions where their interests are at stake. It is also possible for people to overestimate or exaggerate a project’s risk, particularly if they are influenced by tendentious reporting. 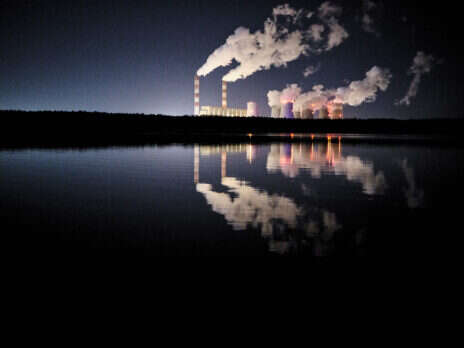 But municipalities have processes that seek public input, so that decision-making is accountable and local knowledge used to ensure a better outcome. After all, those personally affected by a project may see things that external experts do not; they can give a broader view to counter the perspectives of people with vested interests who may avoid giving a full picture of the costs and benefits of their plans.

Where I live in Canada, the practice of “heritage impact statements” involves expert reports that are commissioned and paid for by the very developers who stand to gain from the projects feared to have adverse heritage implications. Unsurprisingly, the “knowledge” of the experts is often called into question by aggrieved citizens who have helped formulate their district’s conservation plan, who know and abide by its rules, and who suspect that public meetings on controversial projects are mere “community therapy”, not genuine consultation.

Although we can probably grant the value of NIMBYs using their local knowledge to confront vested interests, the most damning accusation against them is their alleged hypocrisy for claiming to support a public good, but then seeking to block it if it means a particular project will be located nearby. US senator Robert F. Kennedy, for example, was a self-declared environmentalist who favoured wind-power but became notorious for opposing a windfarm in Nantucket Sound, located near his family-owned property and the resorts of the affluent in Martha’s Vineyard.

Yet while windfarms may be a public good, public goods, notwithstanding the name, aren’t always good for everyone. In fact, controversial proposals tend to call upon a minority – the NIMBYs – to shoulder the disadvantages of a policy on behalf of others. In many cases, NIMBYs are making reasonable appeals not to be harmed, or at least to receive the same treatment as everyone else.

Against the image of the selfish individual pitted against the community, NIMBYs in fact tend to be a community of people. They are protecting their collective, not individual, backyard. They are often trying to preserve their shared way of life and place, a common good of some kind, which is at risk in such cases as, for example, a toxic dump that threatens residents’ health, or a highway expansion that would destroy a natural habitat.

Of course, communities that rise up to protest development projects may include individuals who are worried about the property value of their homes and motivated by economic self-interest. But getting involved in a campaign to save your neighbourhood is not easy. It costs considerable time and effort and can entail the sacrifice of a number of other important personal interests.

Moreover, even community-based protests partly motivated by self-interest can have social benefits that can persist long after the battle is over. Neighbourhood activists create social capital, forge alliances with other community groups, and hold municipalities to account.

NIMBYs are “stewards” of the valuable features of place. They understand themselves as inheriting the key assets of their community, which they have an obligation to pass on to future generations. Those who defend what’s worthy about where they live are honouring our right to a common geographical inheritance, what the Marxist philosopher Henri Lefebvre called the “right to the city” and the Victorian socialist aesthete William Morris idealised as our “earthly paradise”.

In other words, it’s not just a personal cheque that’s at stake when someone protests a development project intended for where they live. Neighbourhood, locale, streetscapes and landscapes are important aspects of what geographers call  “emotional geographies” or “therapeutic landscapes” that matter to people, and for good reason. The word “topophilia” – love of place – was coined by geographers to evoke the importance of people’s connections to special locations. Attachment to place can enrich and transform people’s lives, a theme that is prominent in debates about indigenous peoples’ claims to land.

The moral philosopher Bernard Williams said a life without personal connections to particular people and particular places would be a deeply flawed existence. The ability to act on reasons that involve attachment to family, friends and local community is part of what it means to live a flourishing life, and our identity is clearly shaped by where we come from and where we live.

Of course, the NIMBY ought to recognise that everyone – rich and poor – has an interest in having a connection to the place in which they live. Heritage conservation, for example, doesn’t just involve restoring pretty old buildings. It is also a matter of appreciating the rich histories of those who originally lived in them, or of the land on which they were built. Working-class communities, immigrant neighbourhoods or indigenous nations have attachments to place which should be taken as seriously as the arguments for conserving heritage buildings.

Some places, and their inhabitants, are privileged over others, and NIMBYs may be protecting neighbourhoods that have become exclusive enclaves. NIMBYs may also be bigots who seek to exclude the “wrong people” from their neighbourhoods. This means that race and class can be factors in NIMBY cases, giving rise to environmental injustice or environmental racism where only the powerful are able to have their NIMBY claims heard. As a result, bad development projects are not stopped by NIMBYist agitating, but simply shunted to less fortunate parts of town.

NIMBYism that is motivated by prejudice or snobbery should certainly be condemned. Yet there are cases where the claims of privileged NIMBYs raise larger social issues in the service of the public good. The term “NOABY” (Not In Anybody’s Back Yard) has been coined to cast doubt on the value of certain projects, not just for a particular person or neighbourhood, but for everyone.

Critics of NIMBYism tend to assume a privatised conception of human motivation, where people only care about “number one”. But NIMBYs are often pointing to how a particular place has value for all of us. They are seeking to save something that is good, not just for them, but good in general – historic sites, precious countryside, habitats for other species, vistas, or lively downtowns.

The lives of all of us are enriched by the existence of Venice, for example. Designated by UNESCO as a world heritage site, no one would say that the world is committed to conserving Venice because we’re bullied by Venetians’ NIMBY interests. We recognise that the value of Venice persists even for those of us who never visit it and are grateful to Venetians who ward off development that threatens the integrity of that special part of the world. They are protecting something that is both their “backyard” and what’s been called a “global public good” by international development theorists seeking to highlight the fragility of valuable places threatened by market forces.

[see also: Why the Green Homes Grant shows a dangerous lack of ambition]

The case of Venice illustrates well the philosophical problem of “levelling down”. The upshot of an absolutist approach to equality, levelling down means that, if an equal distribution of wealth is always preferred to an unequal one, we should take away from the better off, even if it would do nothing for the worse off. Such a position is obviously absurd. Even discounting the idea of Venice as a global public good, who would want a world where we get rid of Venice because not all of us can live or visit there?

Of course, some NIMBY crusades are simply misguided or downright wrong. Or they may be valid but defeated by more important considerations. Which NIMBYs ought to prevail, and which should not, depends on the case. But William Morris’s socialist ideal of an earthly paradise reminds us of the importance of place for human wellbeing and the struggle for equality. Rather than blithely denigrating the efforts of local activists as “mere NIMBYs”, often we should be saluting them when they fight to protect the neighbourhoods they care about.

Christine Sypnowich is Queen’s National Scholar, Head and Professor of Philosophy at Queen’s University. She is the author of Equality Renewed: Justice, Flourishing, and the Egalitarian Ideal.

This article is part of the Agora series, a collaboration between the New Statesman and Aaron James Wendland, Senior Research Fellow in Philosophy at Massey College, Toronto.