I moved to the United States five years ago and my phone life looks like this: Brits in one group chat and Americans in another. They’re similar sets of people: elite university graduates, with the jobs you’d expect them to have after degrees from Oxford and Harvard.

But on a recent topic – what did you get for Christmas? – it’s striking how far the Brits have fallen behind. There was a time when I couldn’t spot the difference between a Londoner and a New Yorker. If anything, the UK WhatsApp group felt like the more privileged one. Now it sounds pinched and frustrated, left behind by the Americans, who talk about buying another robot vacuum cleaner. It’s the 1970s again, when people from the UK went to the US and returned home rhapsodising about microwaves, ice machines and all the consumer durables we didn’t have.

I’m sticking photos into the manuscript of my forthcoming book: This Is Europe. It describes a shifting continent, transformed by migration, supply chains, the internet and climate change. It has taken me years, flying constantly, to collate two dozen portraits into a complete arc of life: from Lithuanian teenagers to Donbas love stories, Turkish miscarriages, Burgundy wine dramas and Swedish old age. The book is about how we live now.

For weeks I’ve been my own photo editor: cropping shots of Portuguese shepherds, Romanian truckers or Berlin drag queens. I’ve been tense: messaging my subjects for last-minute pictures: family photos of Belarusian dissidents, selfies of French Salafists, or images of a Siberian gas worker. Flicking through the manuscript I have a sudden feeling: it’s finally done. 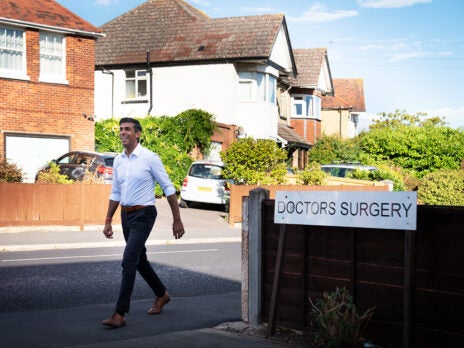 Jess Phillips’s Diary: Building up to power, Rishi Sunak’s healthcare, and why I would decree beards for all men

I can’t go to Russia any more. The Kremlin has banned my employer, the Atlantic Council think tank. The irony is, I’ve never wanted to go so much. Travel writing is a dead genre, but I wish I could go back and write about the war. I stopped visiting when Vladimir Putin attacked Ukraine in 2014. After being detained and having my devices data-scraped by the FSB, I decided the stress of reporting from the country was too great. But I spent so much of my twenties there that on Tuesday I’m dreaming of Moscow on the Piccadilly Line. As the Tube rattles along it occurs to me that most of my Russian friends have fled the country.

Not all of them, however. Somebody I used to know is a host on Russia Today. Recently, she did a soft-ball feature on an oligarch on the US sanctions list: a kind of “At Home with Mr Krupp” for the Ukraine war. I can’t remember her ever saying a bad word about the Ukrainians but watching the show I’m unsettled. I think she’s started to believe in the Putin line.

On Wednesday I’m in Westminster. It’s my job at the Atlantic Council to brief politicians on foreign affairs, so I spend days in Congress or with various EU foreign ministers. Parliament stands out – badly. Inside, it feels like a rotting prep school. One senior Tory MP has a leaking roof in his office. His opposition counterpart is trying to do his job with two political staff; important US senators have around 40.

On the way out I catch the latest scandal: Rishi Sunak has a private doctor. People aren’t ready to hear that in France Emmanuel Macron has a team of five physicians. Bad health, the calculation goes, equals bad decisions.

By Friday I’m in Berlin. I’ve visited many times over the past few years for my book, to research the lives of Syrian refugees or the criminal underworld. I’m here to chair a workshop with a French minister and two German state secretaries on the energy crisis. The talks reveal that decline is not only a British phobia. The official chatter: countless proposed factories are being relocated from Europe to the US. There they can take advantage of the enormous green subsidies on offer in Joe Biden’s Inflation Reduction Act (IRA).

Europeans – and quite a few Americans – confused Donald Trump for the wrong Roman emperor. He wasn’t Honorius, throwing the gates open to the Goths. He was Nero. It was roughly a century after him that Marcus Aurelius composed his Meditations in serene splendour. Nero saw the Forum burn, but it didn’t matter: Rome’s foundations were solid.

Some of Europe’s most senior officials march through what the US has achieved in the past year: it has ravaged the Russian army with a fraction of its defence budget; struck the Chinese chip industry with export control; whacked European industry with the IRA as its dollar and energy exports hit new heights – American power is soaring. We were the ones in retreat all along.

[See also: The first signs of Ukraine war fatigue in the West are starting to appear]

Ben Judah is the author of This Is London and the forthcoming This Is Europe.