Dystopias affirm the values of the world we live in: they reflect our priorities, our shared anxieties, what we believe to be our direction of travel as a people if we pass on too many opportunities to do what’s right. Yet they offer a small consolation, of a sort, since they amount in the end to dark “maybes” – they’re destinations where we could end up, but there’s no need to panic just yet because people would still rather watch weirdos “re-coupling” on Love Island than any real-life Hunger Games. So we’re OK… Aren’t we?

When Donald Trump started promising that he would “make America great again”, some pointed to Octavia Butler’s 1998 novel Parable of the Talents, in which a neo-fascist loon in the 2030s campaigns for the US presidency on the same platform – and wins. From mass surveillance to phoney wars, many of yesterday’s nightmarish what-ifs read increasingly like prophecies. Perhaps they should have come with spoiler warnings.

Nick Drnaso’s second book-length comic, Sabrina, is set in a recognisable present, yet it feels more classically sci-fi-dystopian than, say, any number of “Resident Evil” movies with their humanity-destroying viruses and evil corporations. That’s partly because it’s so casually up to date. In a narrative that takes in conspiracy theorists, trending news, social media and the random killing of an ordinary woman, the characters spend much of their time online, or with a smartphone pressed to their ear.

We’ve had the internet and mobile technology for a while now, but seeing it all in a comic book still feels futuristic to me, since there’s usually a long delay between the normalising of a new mode of communication and its representation in the arts (think of cinema’s only recently abandoned embarrassment about texts). Here, Drnaso makes unabashed use of multiplayer games, Skype, comment threads, emails and streamed videos to tell his story, and it works. Screens and the rectangular panels of a comic are, after all, pretty compatible in terms of how they carry information. 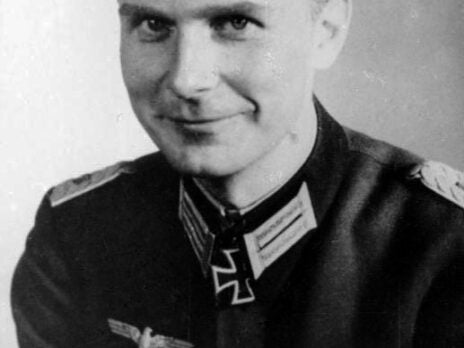 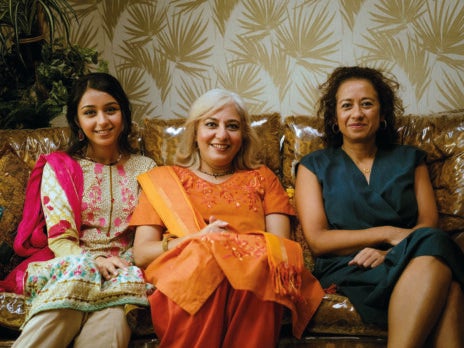 And the information they carry in Sabrina is almost uniformly bleak. As in the first half of Otto Preminger’s 1944 film Laura, the woman whose name serves as the work’s title is largely an absence that haunts the main characters – she has gone missing and, it quickly transpires, has been murdered by a stranger. Her boyfriend retreats to the home of an old friend, who works for US intelligence. The sad tale is sensationalised by the mainstream media, then exploited by an Alex Jones-style radio DJ who suggests it was a “false-flag” exercise.

Reading this book is an unpleasant experience, which, to admirers such as Zadie Smith, makes it a perfect summation of “our current moment”. She’s not alone in liking it – Sabrina has even made it on to this year’s Man Booker longlist, becoming the first comic to do so. Smith senses here the “political power of polemic”, yet I’m not convinced. Polemics are supposed to inspire readers to action. Sabrina is instead an expertly executed moan. It offers no hope, no glimpse of human connection profound enough to make life worthwhile. Drnaso drains each page of joy, choosing a muted palette and reducing his characters’ eyes to dots. If our present condition is as dismal as he suggests, we needn’t fear any future dystopia, as things couldn’t get much worse.

Chris Reynolds’s “Mauretania” comics are another journey into a world gone wrong, but a poetic one with far more expressive power. In The New World, a compilation of the decades-long series, we are presented with an Earth that has lost much of its human population in an interplanetary war. The victorious aliens have introduced a new religion called the Dial, based on “basic moral values”; people keep large stores of food and water in case of future conflict. Otherwise, humans seem to get on with their business – even if that business involves incidents such as the unexplained resurrection of a dead detective.

As a species, we adapt quickly to whatever situation we find ourselves in. The characters’ lack of alarm when, for example, a travel agency vanishes into thin air – the building, even the gap its disappearance should have created – is believable in the context of a world where secret service men casually consider the possibility that the force they are up against is God.

In one story, “This Was the Place”, a woman visits the town of her childhood and peeks into the window of an old friend, a professor, who discovered time travel. The professor’s mode of transport isn’t as snazzy as a DeLorean DMC-12: his leap into the future simply involves the slowing of time in the immediate space around him. So the woman sees him standing in his room, almost frozen, unchanged since her long-gone youth. “He’s hardly moved; still on his way to the future,” she thinks. A science-fiction trope is transfigured into a nostalgic reverie: “They used to say that you can never go back to your childhood. Well, I can go back to mine.”

Reynolds is a master of his style, and his thick lines are somehow at once brutal and subtle. Another comic that disguises emotional depth in simplicity is Anna Haifisch’s Von Spatz, which, if not any kind of dystopian fiction, is a surreal alternative history. Here we see Walt Disney rediscovering himself in a rehab centre after a breakdown. I mention it now because, like The New World, what power it has derives from a heightened sentimentality.

As it’s a book that seems unconcerned with narrative, I don’t think it would spoil it for you if I reproduce its last lines here. Disney returns to his film studio to find it in chaos, with his staff feral and living in open warfare. In one room, he comes across his assistant, “crumpled on the floor”, so he lifts him in his arms. “I shall bring you to the temple of visionaries,” Disney says. And comes the reply: “My heart rejoices, Walt.” Thrillingly over the top, it’s an ecstatic moment.