On 11 September 1962, the first-class English cricket season came to an end, as was then customary, in the seaside town of Scarborough. As was also customary, the match was between the amateur Gentlemen and the professional Players, a contest that, with few interruptions, had been played since 1806 at least once (usually in high summer at Lord’s, the game’s London headquarters) and often twice a year. The Times correspondent reported that the Players hit the winning runs as rain fell. “Summer passes and time, the inexorable umpire, removes the bails,” he concluded unoriginally.

But the “inexorable umpire” was not just closing a season: though nobody knew it then, cricket’s rulers would abolish the amateur-professional distinction, a near-perfect embodiment of the English class system, later that year. The Gentlemen were amateurs in name only; many earned more than professionals from expenses and sinecures in county club offices. What they nearly all had in common, however, was a public school and Oxbridge education. “Amateur” was a label denoting breeding and class status. “Players” used separate and inferior dressing rooms, ate separate and inferior meals, stayed in separate and inferior hotels, even walked on to the field of play from separate gates. A professional was rarely thought capable of captaining his county team. In 1962, 13 of the 17 counties were still led by “Gentlemen”, though, in many cases, their cricketing skills were mediocre at best. Only one professional had ever led the England Test team.

Just as no commentator anticipated the end of cricket’s ancient class distinctions, so nobody predicted the wider challenge over the following years to Britain’s ossified social structure. In his book Anatomy of Britain, published in 1962, the journalist Anthony Sampson observed that “the old privileged values of aristocracy, public schools and Oxbridge. . . still dominate government today”. They had failed, he added, “to accommodate or analyse the vast forces of science”.

David Kynaston quoted Sampson at the end of his book Modernity Britain: A Shake of the Dice, covering the years 1959 to 1962. It was the fifth work in a sequence chronicling post-1945 Britain which, readers were promised, would end in 1979. That was published seven years ago and, since then, Kynaston’s many admirers have looked forward to the next volume, Opportunity Britain, taking us to 1967. Instead, we have this short book covering June to October 1962 and providing, as the author puts it, “a snapshot” of “a country where doors and windows were about to be pushed opened a little wider”. As in the other volumes, Kynaston skilfully uses private diaries,  archives, memoirs, social surveys, newspapers and magazines to give the flavour of the period and what people were thinking not just in Westminster and Whitehall but in, for example, Birmingham, Manchester, Barrow-in-Furness, Keighley, Bournemouth and Llanfrothen in north Wales. 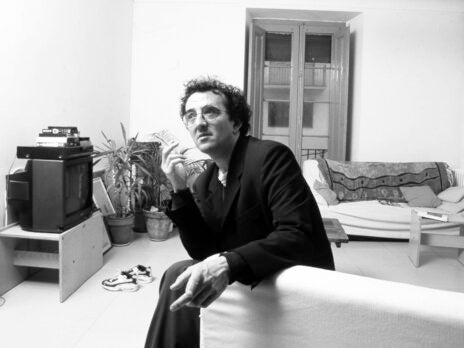 [see also: The MP who came back from the dead]

Britain in June to October 1962 saw, to take a few examples, the release of the Beatles’ first single; the first pilots for the BBC TV late-night satirical programme That Was the Week That Was (widely abbreviated to TW3); the launch of the magazine New Society, bringing the burgeoning social sciences to a wider audience; and the first full intake of students to Sussex University which, as the first of nine brand new universities that opened on greenfield campuses in the 1960s, promised to “redraw the map of learning”. In those months also, according to Kynaston, viewers heard the first instance of swearing on TV: Harold, in the third episode of the  sitcom Steptoe and Son, exclaimed that a piano could “bleeding well stay there!” (The theatre critic Kenneth Tynan’s more memorable and more daring “fuck” came three years later.) But I was 17 at the time and, though I danced to the Beatles, browsed the Sussex prospectus, watched Steptoe, sampled New Society and was thrilled by TW3 when it went on air in November, I didn’t feel on the cusp of anything except nuclear annihilation. Like, I would guess, most of my contemporaries, my most vivid memory of that time is the 13-day Cuban missile crisis at the end of October. I recall entering a cinema during the school half-term, probably to see the first James Bond film, Doctor No, and seriously wondering if I would emerge into a radioactive wasteland. Oddly, Kynaston doesn’t mention the crisis.

Although this volume is as absorbing as all his others, it seems almost as though the author is paralysed by some kind of historian’s block, unsure how to do justice to what is commonly described as the most momentous decade in postwar history. The truth is that the significance of the 1960s is elusive and becomes more so as time passes. Cricket’s rulers may have formally abolished the game’s obsolete class divisions, but that didn’t stop them appointing the Duke of Norfolk as manager of that winter’s England tour to Australia. Nor did it stop them, over the next three decades, from appointing alumni of public schools and the ancient universities to the England captaincy at  every possible opportunity.

Similarly, though the grammar school-educated Edward Heath became Tory leader in 1965, his first cabinet in 1970 included six Old Etonians, nine who attended other private schools and no graduate from a red-brick university. Who then could have predicted that, by summer 2021, 10 Downing Street would have been occupied by Old Etonians for eight of the previous 11 years? And for all Sampson’s “vast forces of science”, Oxbridge arts degrees remain, 60 years on, ubiquitous among senior British politicians. As John Lennon observed in 1971: “The people who are in control and in power and the class system and the whole bullshit bourgeois scene is exactly the same.”

[see also: Equality and the elites]

True as that was, Lennon exaggerated when he said “nothing happened” in the 1960s “except that we all dressed up”. In many respects, Britain changed dramatically, and mostly for the better. In 1962 male homosexuality, even between consenting adults in private, was a criminal offence; abortion was illegal; divorce was possible only where one partner was guilty of desertion, cruelty, adultery or other heinous offences such as “bestiality”; and only  plays licensed by the Lord Chamberlain’s Office could be performed in public theatres. All that was swept away by the end of the decade, as was capital punishment for murder (Britain’s last hanging was in August 1964) and, across much of the country, the 11-plus examination that, at a tender age, labelled three-quarters of the nation’s children as failures.

Britain in 1962 was also a country where, as Kynaston reports, a trade union could hold a secret ballot at a Banbury aluminium works, asking its members if “coloured workers” should be “admitted to the factory” and getting the emphatic answer “no”; a man in a Blackpool bar could tell the Times that “if I saw a big, buck n***** serving… I would walk straight out” and the Times would print the quote without comment or asterisks; and the presence of about 1,000 non-whites among a population of 65,000 in the Worcestershire town of Dudley could provoke four consecutive nights of rioting in which white men behaved, as a senior police officer put it, “like a pack of ravening wolves after their prey”. To those examples, Kynaston could have added a form distributed by Sussex University to Brighton landladies which allowed them to tick a box declining to accept black students as lodgers. By 1969, after two acts of parliament, overt racial discrimination and incitement to racial hatred had been outlawed.

Yet, as Kynaston observes, 1962 often feels “simultaneously a very long time ago and the day before yesterday”. He is referring to the divisive issue of the European Common Market (as it was then called) where, in a startling reversal of what is familiar to us, the Conservative Party and most national newspapers supported British entry while Labour, playing the national sovereignty card, opposed what its leader called “the end of a thousand years of history”. But the same observation could be applied to immigration. The 1962 Commonwealth Immigrants Act restricted the entry of Commonwealth citizens to those with work permits – usually granted only to the highly skilled. It also allowed courts to recommend deportation for immigrants. One of the first victims was Carmen Bryan, a 22-year-old Jamaican convicted of minor shoplifting offences after being forced into unemployment by illness.

And 1962 also marks the beginning of something that changed Britain considerably for the worse. Amid the general enthusiasm for modernity, what Kynaston calls “the wheels of the redevelopment juggernaut” were turning fast. Among the planning schemes approved that year were a 25-storey block of flats near the Elephant and Castle roundabout in south London; “a super city of the space-age” for Salford; a 320ft tower block above Liverpool’s Central Station precinct. Birmingham forged ahead with a £43m, ten-year programme including the completion of its inner ring road and the construction of 39 underpasses and fly-overs. At a less dramatic level, a 17th-century inn in Northampton’s Market Square was demolished to make way for a supermarket.

All over the country, old buildings were being ripped down, communities violently disrupted, medieval neighbourhoods reduced to a few bleeding stumps. “Conservation”, “environment” and “heritage” were not then words in common use. The great architectural critic Ian Nairn, quoted at length by Kynaston, was a lone voice in speaking up for the old terraces, corner shops, small businesses and scruffy little pubs which, he lamented, were “being demolished wholesale” in the name of progress.

Britain may have become a more tolerant, open, stylish, colourful, uninhibited and culturally adventurous country by the end of the 1960s. But much of its physical fabric was wrecked beyond repair.