Two epithets attached themselves to George Stubbs during his lifetime that were damaging to his reputation. The first was hiscommon categorisation as “Mr Stubbs the horse painter”, the second was that he was a man of “vile renown”.

The idea that Stubbs was nothing more than a recorder of horses, the gewgaws of rich men, left him underappreciated as an artist until the 1950s. He was of course a peerless painter of horseflesh but he was also a painter of extraordinary breadth – a distinguished portraitist, landscapist, interpreter of rural life, zoologist, experimentalist, neo-classicist and proto-romantic. He was also a pioneering anatomist, and it was this facet of his career that gave rise to his “vile renown”.

Stubbs was born in 1724 to a Liverpool currier – someone who prepares hides for leatherworkers – and so grew up familiar with animal skin and its removal. After a brief artistic apprenticeship he moved to York to study human anatomy. Among his first works is a series of illustrations of the human foetus in utero made to illustrate Dr John Burton’s 1751 treatise on midwifery. For his drawings, Stubbs made the dissections himself, from the bodies of pregnant women who had died before giving birth. Some of the cadavers were probably obtained illicitly; hence his reputation.

As shown by the superb survey at the MK Gallery in Milton Keynes (the artist’s first major exhibition since the Tate in 1984), Stubbs was to remain as much a natural scientist as a painter. Indeed, he drew no distinction between the two. His brilliance as a painter of horses was based on his understanding of their subcutaneous life and what went on beneath those glossy flanks. 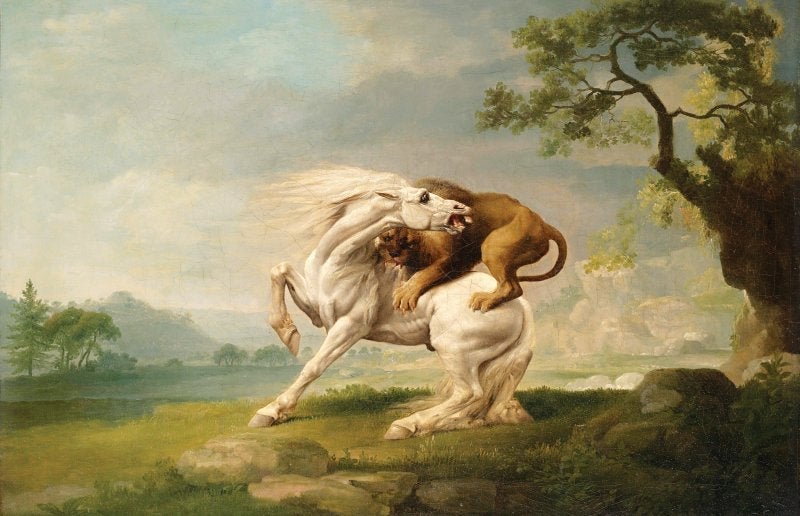 It was knowledge gained in trying circumstances. For 18 months between 1756 and 1758 Stubbs rented a barn near the village of Horkstow in Lincolnshire. There, from an iron bar in the ceiling, he suspended the body of a horse and drew it from the side, front and back. Then he removed the hide and drew the musculature, then the lower muscles of the next layer and so on down to the skeleton. He removed the guts, drained the animal’s blood and injected a wax mixture into the veins to preserve them and he worked on even as the bodies putrefied. He went through as many as 12 horses before, the story goes, he was run out of the neighbourhood by villagers fearing necromancy.

No one had performed such thoroughgoing examinations of the horse before and Stubbs took his drawings to London in search of fame. Once there, however, he could find no one to engrave them so, as a practical man first and foremost, he set about learning how to do it himself and eventually published his work in 1766 as The Anatomy of the Horse. So accurate was the book that it was in use in veterinary schools into the 20th century.

Stubbs’s expertise brought him to the attention of a group of aristocratic patrons associated with the Jockey Club and a long string of thoroughbred portraits – in both senses – followed. And they were genuine portraits: in the exhibition there is a small, rare study in crayon and body colour showing a horse with the saddle space left blank and the groom just faintly indicated. His method was horse first, then its tack, and only then humans and landscape. But those humans, whether owners, grooms, jockeys or stable boys, are portraits too. Everything in his work, as the painter claimed, was “done from Nature”. 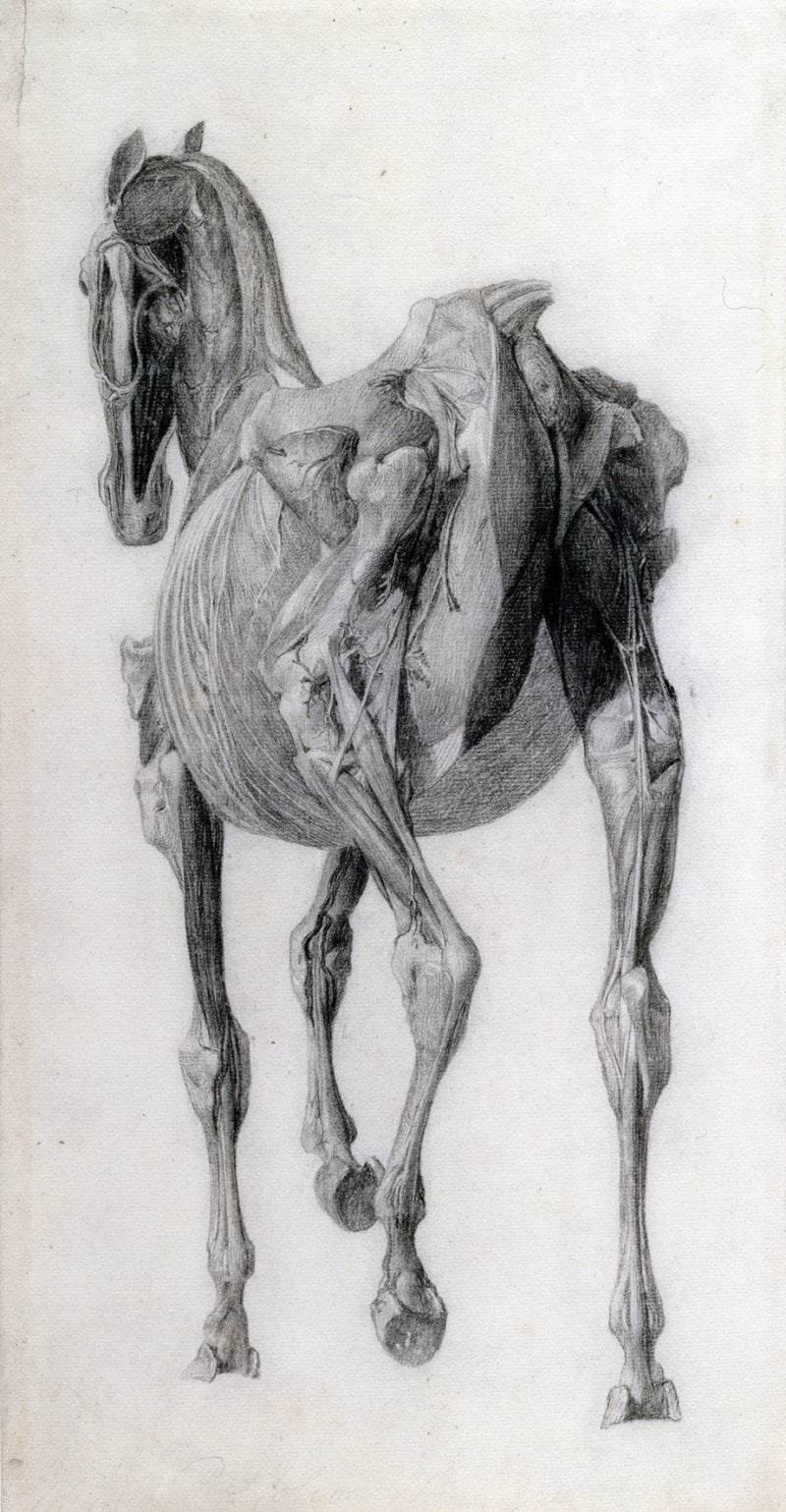 Stubbs was, however, an interpreter as well as an observer. His pictures reveal his fascination with relationships; between owners and their horses and hounds, between servants and masters, between animals themselves. And they show his very modern conviction that animals have emotions similar to and every bit as potent as our own. The eyes of his creatures are full of feeling and frequently stare back at the viewer with disconcerting intensity. You need only to look at the eye of his horse being devoured by a lion, a motif he returned to again and again, to be made uncomfortable as a witness to its agony. In a remarkable late work of 1800 showing the Earl of Clarendon’s gamekeeper with his dog about to dispatch a doe, man and doomed animal look out of the painting, making the viewer complicit in the coup de grâce. Other near contemporaries such as James Ward and Théodore Géricault gave their animals emotions, but without the same fellow feeling.

Stubbs’s most distinguishing characteristic though was his obsession with composition. Perhaps it was the scientist in him but his pictures have a rigour of design only the much younger painter Caspar David Friedrich could match. In his friezes of horses, noses come to within an inch of the tail in front, ears just prick the skyline, a leading leg mimics a trailing leg, and subtle pyramids of figures anchor the groupings. He perfected an immaculate clarity.

As to “Mr Stubbs the horse painter”: during his career he exhibited more pictures of dogs than of horses.

The exhibition runs until 26 January 2020