A couple of months ago I took two small people of my acquaintance, and one elderly bear in a moth-eaten duffel coat, to see Paddington at the cinema. I laughed, I cried (unlike my stolid, sweet-munching companions) – and, most of all, I rejoiced at the popularity of this 95-minute advertising campaign for the peculiarly British pleasures of marmalade.

Paddington couldn’t have arrived on our shores at a better time. Marmalade sales have been in slow decline for the past two decades, and while preserves with a more straightforward appeal, including honey and chocolate spread, have been enjoying the sweet life, poor old marmalade has been in danger of becoming an endangered species.

This upsets me for two reasons. First, having been weaned on Robertson’s Golden Shred on my granny’s knee, I am a big fan of marmalade in all of its many glorious forms, and would be sad to see it disappear from our shelves. Second, I feel the British love of marmalade, a distinctly bitter preserve, chock full of chewy peel, says something valuable about the national character. 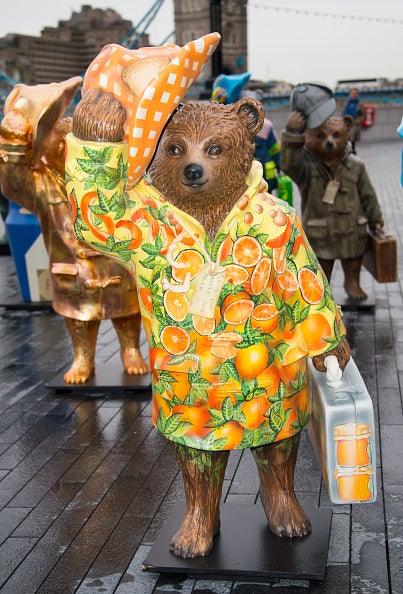 Not for us the childish pleasures of the Nutella so beloved on the Continent, or, God forbid, the tooth-achingly sweet and insubstantial Marshmallow Fluff popular in the States. Our taste for more difficult breakfast spreads, such as salty Marmite and tangy marmalade, historically set us and our Antipodean cousins apart.

No longer: the editor of the Grocer magazine, which reported a 7 per cent decline in sales of the spread between 2010 and 2012, explained that marmalade is now “perceived as being old-fashioned . . . modern consumers have to an extent moved on”.

Yet how on earth can we have tired of something so deliciously various? Last year I had the great good fortune to find myself at a breakfast for the winners of the World’s Original Marmalade Awards, a competition set up by one Jane Hasell-McCosh of Cumbria to try to boost the fortunes of that noble preserve.

There was a blood-orange version with black pepper, a lemon variety with pear and vanilla, one with chocolate, one with vodka, and some superlative marmalade sausages, which confirmed my long-held opinion that a good bitter marmalade is a far worthier addition to a cooked breakfast than that Johnny-come-lately, tomato ketchup. (If you don’t believe me, try it, with a dollop of English mustard, on a bacon sandwich.)

Hasell-McCosh isn’t fighting this battle alone; recently I received a copy of Marmalade: a Bittersweet Cookbook (Saltyard Books) by one of her judges, Sarah Randell, which rejects the usual sticky steamed puddings in favour of more modern fare such as Persian pilaffs and Vietnamese salads. (It also includes cocktail recipes, though I rarely make it further than the bottle of Chase marmalade vodka that’s taken up residence in my freezer.)

Yet still I worried, as I sat in the dark cinema with the old bear, inevitably, on my lap, that this CGI Paddington was going to be powered by a very modern peanut-butter-and-jelly sandwich. So as the camera panned across a ramshackle Peruvian marmalade production facility manned by the redoubtable Great-Aunt Lucy, a bear clearly familiar with the steamy, citrus-scented joys of home preserving, I breathed a sigh of relief.

Early signs suggest that the film has indeed sprinkled a little Tinseltown magic on this dourest of preserves: Waitrose reported an 88 per cent rise in sales in the first month of release, and Robertson’s a more modest 24 per cent in the first week for its Golden Shred, featuring Paddington himself.

But really you can’t beat the home-made stuff, so I consider it my patriotic duty to inform you that Seville oranges are in season for another few weeks. Don’t let me down, people.