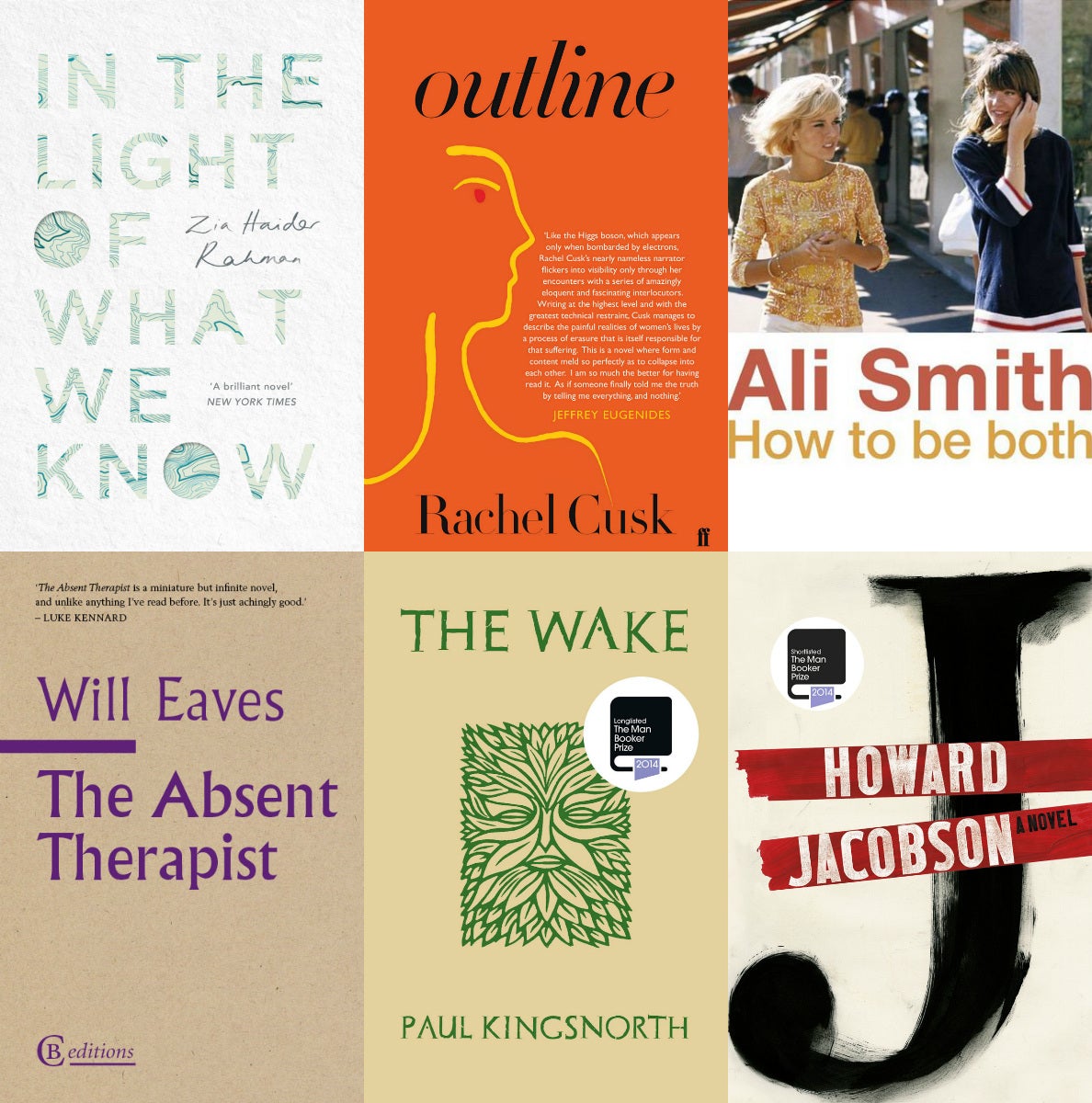 “For you. You’ll soon. You’ll give her name…” The opening words of Eimear McBride’s A Girl is a Half-Formed Thing are like blows from a hammer. An uncompromising, stream-of-consciousness novel that took almost a decade to find a publisher, the book won the inaugural Goldsmiths Prize – a literary prize for “fiction at its most novel” launched by Goldsmiths, University of London, and the New Statesman in 2013. McBride – whose novel was rejected by all the major UK publishers before it was eventually picked up by the independent imprint Galley Beggar Press – went on to sweep the board, winning everything from the Desmond Elliot Prize to the Baileys Women’s Prize for Fiction.

This year the prize, established to “celebrate the qualities of creative daring associated with the University and to reward fiction that breaks the mould or opens up new possibilities for the novel form”, returns with judges Geoff Dyer, Kirsty Gunn, Francis Spufford and Tom Gatti. The 2014 shortlist, announced this morning, is as follows:

Is Britain’s Strictest Headmistress a visionary or a tyrant?

The list includes two books published by small, independent imprints: CB Editions, a one-man operation specialising in short fiction, poetry and translations, and Unbound, which uses crowdfunding to finance individual projects. It also shares two titles – How to Be Both and J – with this year’s Man Booker Prize shortlist (Ali Smith featured on last year’s Goldsmiths shortlist too).

You can read the New Statesman’s lead fiction reviewer, Leo Robson, on the shortlist and the prize’s position in “an ever larger, chaotic and fractured landscape” online now or in this week’s magazine. Francis Spufford, who chaired the panel of judges, had this to say about the list:

The Goldsmiths Prize rewards innovation in the form of the novel, a process with as many possible directions as there are writers settling down to their keyboards. We expected to be surprised, and we were; we expected to compare wildly dissimilar successes, and we did. We expected to argue, and we weren’t disappointed. Yet we’re delighted to have ended up with a shortlist that captures so much of the versatility with which the novel, these days, is being stretched, knotted, rejigged, re-invented.

The winner of the £10,000 prize will be announced on 12 November during a ceremony at the newly reopened Foyles bookshop on Charing Cross Road.

Here are the Goldsmith Prize judges on the 2014 shortlist:

Geoff Dyer on Outline
On a flight to Greece where she is going to be teaching a creative writing class, the narrator begins talking to her neighbour. More accurately, initiating a pattern that will be repeated throughout the encounters and “conversations” that make up this hypnotic and unsettling novel,  he talks at her. Gradually her own identity emerges   in response to  – is given shape by – what is said to her. As one of her students puts it, the story constitutes a series of events she finds herself involved in, but on which  she seems to have  “absolutely no  influence at all.”  The irony, of course, is that all of these tales  – the author’s tale – hold our attention because of Cusk’s  unerring command of pace and tone.

Tom Gatti on The Absent Therapist
Reading The Absent Therapist is a little like spending an evening turning the dial on an old-fashioned radio: voices emerge from the static, gain perfect clarity, and then disappear.  Some tell anecdotes, banal or momentous; some talk technical business on the phone; some compose polite but freighted letters; some only have time for an elliptical scrap of speech before the dial spins on. From these fragments Will Eaves has composed a slim but remarkable novel, somewhere between a modernist poem and an “Overheard on the Underground” collage – attuned to different registers, often witty, frequently poetic, always with the bright ring of truth.

Francis Spufford on J
We seem, at the beginning of J, to be in some melancholy fable about the idiocy of rural life, with two touchingly tentative lovers providing the only oasis of reflection in a desert of poor impulse control.  But this isn’t the brutish past, it’s a future struggling with the always-denied, never-banished memory of a terrible act.  The nuanced shading of literary fiction blends into the muffling cotton wool of apology-speak, to produce a stingingly satirical dystopia.  You can argue with the premise of Jacobson’s nightmare, but then he expects you to.  Obsessional, unexpected, this is a kind of meta-flirtation with paranoia, both mischievously controlled and genuinely fearful.

Geoff Dyer on The Wake
The publisher’s blurb is actually implausibly accurate: The Wake is a post-apocalyptic novel set a thousand years in the past.  In the aftermath of the catastrophic defeat of  1066 small bands of guerrillas resist the Norman invasion. The events are chronicled by Buccmaster, a brutally unreliable narrator, in an adapted or shadow version of old English. At first the prospect seems unreadably off-putting; within twenty pages you get the hang of it; by thirty the suddenly fluent reader is immersed entirely in the mental and geographical contours of the era. But it works the other way too: we are seeing – and feeling and hearing – the living roots of Englishness.

Kirsty Gunn on In the Light of What We Know
In the Light of What We Know is doing what the novel has always done best – taking us into a deeply private place wherein, by staying there for a long time to read about the lives of others, we come to speculate upon ourselves. In the case of this novel, though, it does this not by surrounding us with a story we may lose ourselves in but instead requires that we participate in the ordering and arranging of its various kinds of content. One doesn’t just read this book, one reads hard.

Kirsty Gunn on How to be Both
Ali Smith’s latest renovation of the novel genre is a stunning example of literary inventiveness, idiosyncratic presentation of character and her charming, disarming way with plot. How to be Both slices a line through the content of her story and places what Virginia Woolf would have called a “corridor” between the two halves. In that space the reader turns and turns again, our experience of the novel released from a sense of its ending and thrown into a state of ever-reading, re-reading, reading “both”.