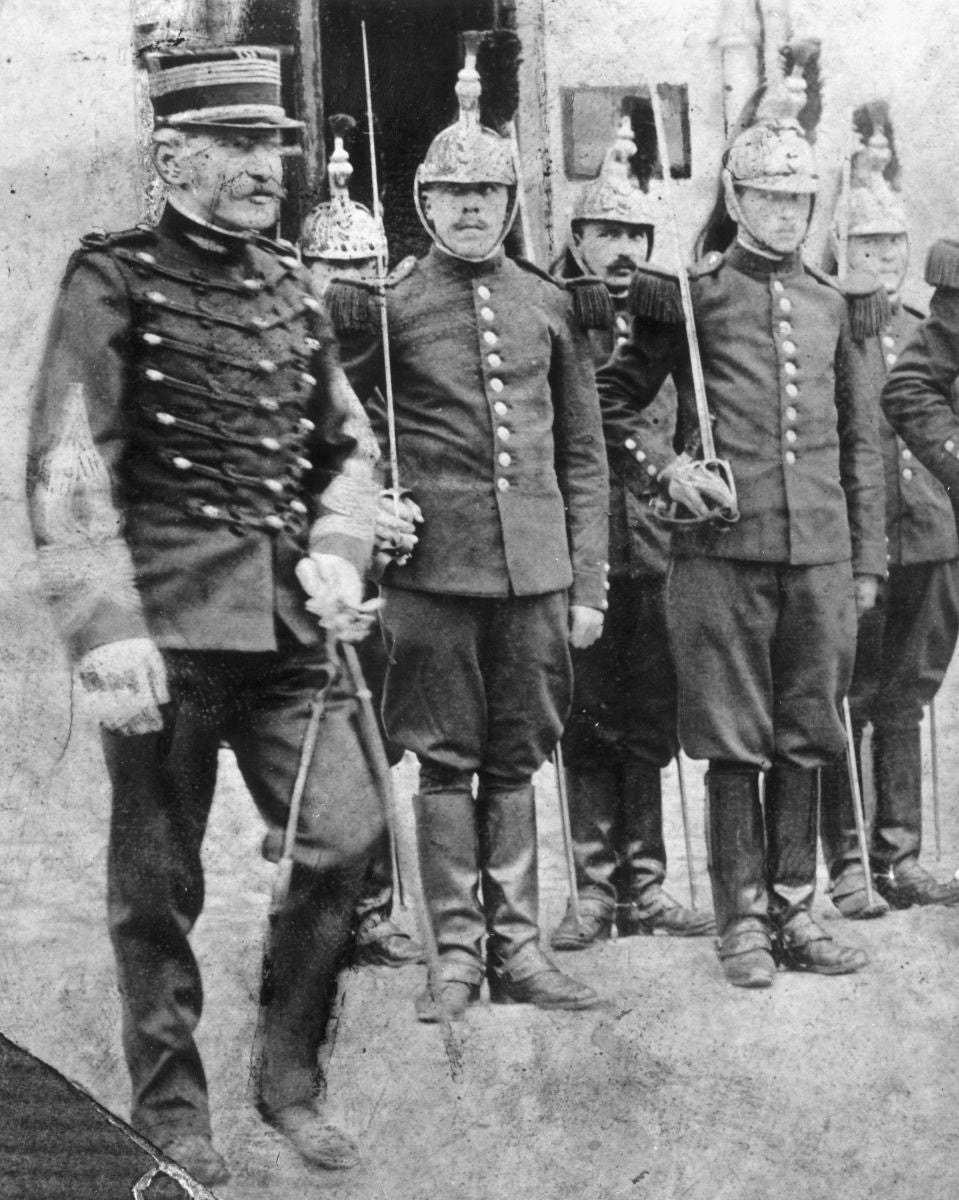 Robert Harris is a novelist of range and depth – he moves from the Soviet Union to the politics of ancient Rome through a prime minister manufacturing his memoirs and now to France of the Third Republic convulsed by the Dreyfus case. In each book, Harris has found a way of marrying history with intelligent fiction to produce thrillers that are both insightful and gripping.

In An Officer and a Spy, Harris gives us a portrait of one institution: the French army. There are skilfully composed characters, from successive ministers of war and the chief of the intelligence department to Major Henry, the second in command of the shadowy statistical section. Each is driven by devotion to the army, right or wrong, and tested by the horrifying thought that the Jewish officer from the Alsace condemned by a court martial and sent to Devil’s Island to serve his sentence may be innocent.

The narrator is Colonel Picquart, who is promoted to run the statistical department, thus becoming the youngest colonel in the French army. Convinced of Dreyfus’s guilt at the beginning, he slowly starts to realise his innocence. However, one by one, his colleagues try to block his inquiries, arguing that loyalty to the army is the supreme good in their lives. As one of them puts it:

Now do not be such an arrogant young fool and listen to me. General Boisdeffre is about to welcome the tsar to Paris in a diplomatic coup that will change the world. We simply cannot allow ourselves to be distracted from these greater issues by the sordid matter of one Jew sent to a rock, it will tear the army to pieces.

Another officer makes the point more crudely. “He ordered me to shoot a man and I have shot him,” he says. “You tell me afterwards, I got the name wrong, and I should have shot someone else – I am very sorry about that but it is not my fault.” And so, in different accents, say the rest of them. Eventually Picquart is posted to Tunisia. Only there does he find a sympathetic fellow colonel but that officer is so disillusioned with Paris that he declines to help. Although most in the military are not in the first instance moved by anti-Jewish prejudice – their driving motive is raison d’état – they are blinded by the knowledge that Dreyfus is a Jew. The army is determined to find a German spy in its ranks and Dreyfus is suited to the role.

As newspaper leaks multiply, the “Dreyfusards” gradually gather strength; they include Clemenceau and Zola, with his article “J’accuse”. At the same time, the name Esterhazy begins to appear in documents intercepted by the French authorities. Were there two spies or is Dreyfus innocent? Doubt spreads from one newspaper to another. It is too late to undo the past; the lies have not just been told but repeated.

Ultimately a warship is sent to Devil’s Island to bring Dreyfus home and he is acquitted. The years pass; Clemenceau becomes prime minister and appoints Picquart as minister of war. The last scene is an argument between Dreyfus and Picquart about the correct rank in which Dreyfus can be brought back into the army.

One question above all emerges when reading this book: would we in Britain have handled things better? My publisher, George Weidenfeld, tells a story about leaving Austria at the time of the Anschluss. As the British consul in Vienna stamped his documents, he told Weidenfeld, “You will be safe now. We once had a Jewish prime minister in Britain.” Technically that is incorrect, because Disraeli was baptised at the age of 12 into the Church of England. But in spirit, the consul’s point was valid. Despite all the barriers, prejudices and obstacles that British Jews faced in the 19th century, Britain somehow stoppedshort of the depths of institutional persecution that scarred Europe. There was cruelty but also an element of the comic opera in the way the English considered Jewish people in these years. When Disraeli stood for election at Shrewsbury in 1841, a man arrived on a donkey saying he had come to take him back to Jerusalem. There was no such humour in the treatment of Dreyfus in Paris.

In the novel, Harris describes fishermen bringing in the daily catch. This includes some turtles, their jaws tied shut with string – all alive but blinded to prevent them from escaping. They make a noise like cobbles being cracked together as they clamber over one another, desperate to find the water they can sense but can no longer see. This is the parable that runs through the story, as the French army suffers from a similar blindness.

“Disraeli: or, the Two Lives” by Douglas Hurd and Edward Young is published by Weidenfeld & Nicolson (£20)