Could the real-life Borgias possibly have been as wicked as the world has always believed?

Well . . . Yes and no.  Like most questions about history, this one turns out to be a good deal more complicated than it appears to be at first glance.

Perhaps the best way to approach it is to open it up – turn it into a bigger, broader question:

Immediately the picture gets clearer. And we can answer the question without hesitation. Yes, the Italy of the Borgias, of Leonardo and Michelangelo and Machiavelli, really was like that. The Showtime series (which is now released as a complete box-set) underplays, if anything, the reality with which it deals. The Borgias lived in a lawless world, one in which might made right, the people at the top were free to make their own rules, and they rarely hesitated to do so.

The paradox is that this same savage world, in which it was a rare ruling family that had no history of brother killing brother or son filling father, was also the setting for perhaps the most stunning eruption of artistic and intellectual brilliance ever seen. The roots of this paradox lay in the unique character of the Italy of the time, the things that set Italy apart from every other part of Europe.

The first thing to be noted about the Italy of the fifteenth century is that, politically speaking, it did not exist. In place of the Italian nation of today there was a crazy quilt of autonomous city-states. The greatest of these were the kingdom of Naples in the south, the duchy of Milan in the north, the republics of Venice and Florence, and the Rome of the popes.  There were many others, some rich and powerful enough to be dangerous. 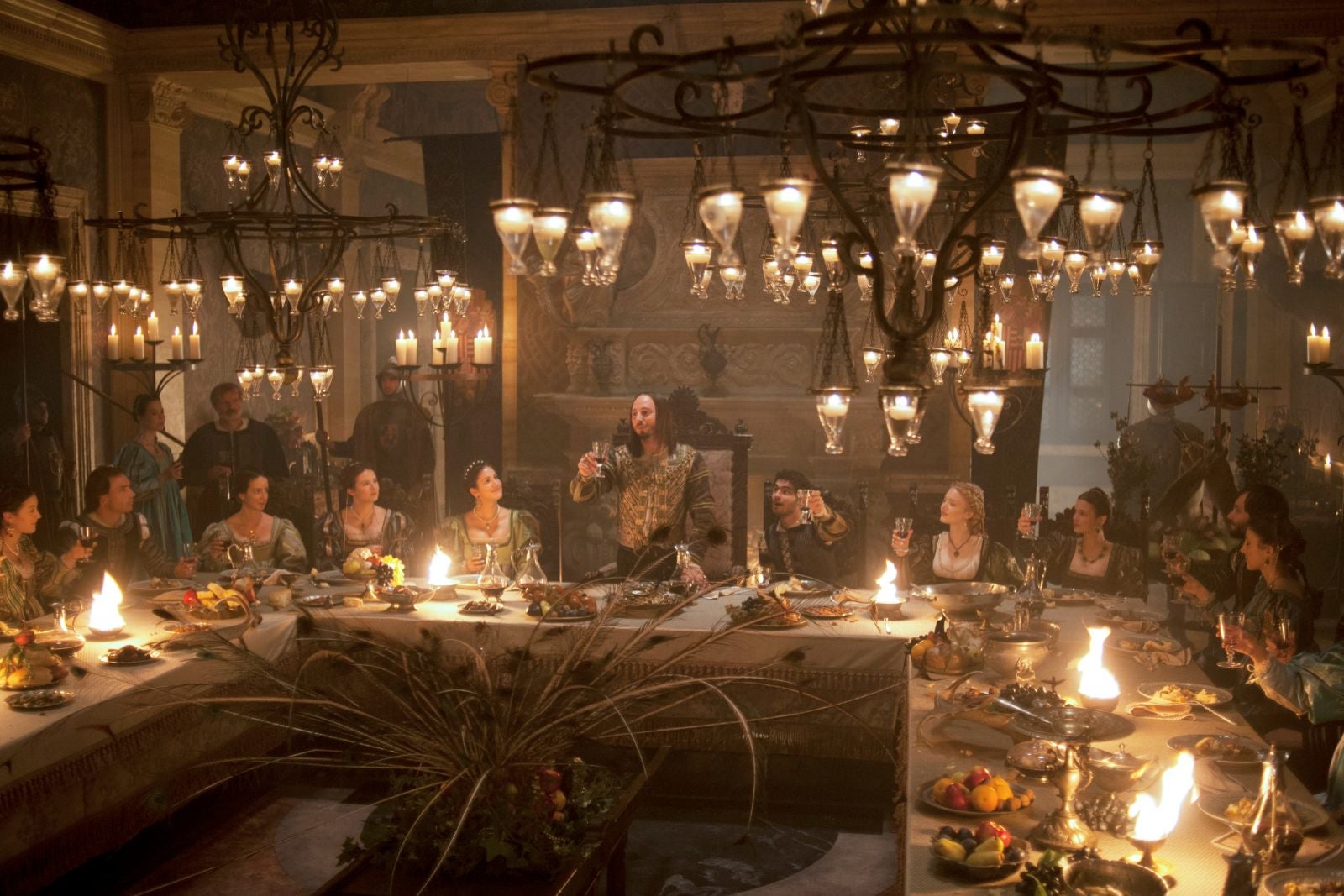 Many of these states were under the heel of tyrant-warlords who had little or no lawful claim to their positions and power, and therefore lived under the threat of being overthrown – by their own jealous relatives, no less than by ambitious neighbors. The ruling houses were endlessly at war with one another and also with themselves.  It was a recipe for disaster, and a breeding ground for psychopaths. Many of the proudest family trees in Italy – even the royal family of Naples, and the Visconti and Sforza dukes of Milan – produced rich crops of murderers, sadists and moral degenerates.

Murder became almost routine, even among relatives. Betrayal had to be taken for granted not only in warfare, politics and diplomacy but also within the family.

When one turns to the Borgias, things get interesting. It turns out that the Borgia clan, notorious around the world for fully five centuries now, was actually not only not more awful than the typical powerful family of its time but arguably a good deal less so..

There are two main reasons why the Borgias have had such a terrifying reputation for such a long time. The first starts with Pope Julius II, a flamboyant figure best known to history as “the warrior pope” and patron of Michelangelo. Julius, who succeeded the Borgia Alexander VI on the papal throne, had hated and resented him all his life. He devoted his reign to doing everything possible to blacken the names of the whole Borgia family, and had considerable success. Then came the Reformation, and with it a hunger throughout Protestant northern Europe for conclusive evidence that the Roman church, and the papacy in particular, was inherently corrupt. The legend of the Borgias, already horrifying thanks to Julius II, was eagerly taken up and spread around the world.  In due course even the Catholic Church took it for granted that the Borgia pope and his relatives were a lost cause, impossible to defend.

And finally there are the many molehills of which mountains have been made.  There is no better example than the legend of Borgia incest. Lucrezia Borgia’s first husband, when forced by the Borgia pope and Cesare Borgia to declare himself impotent and thereby make possible the annulment of his marriage, complained bitterly that all this was being done because the pope wanted Lucrezia for himself.

In fact there not a bit of truth to this: what Pope Alexander wanted was to free Lucrezia for a more politically useful marriage. But it became the seed from which the legend grew.

It’s the same with many Borgia legends.

History is funny that way.

The Borgias season 3 and complete 1-3 boxset are available on DVD now. Watch a behind the scenes video from the series: