Rachel stands, hands at her waist, in front of her home – a makeshift shelter built of stones and straw and grey tarpaulin. She looks into the camera. Behind her stretches a small valley full of similar structures; beyond them, green hills and a spare vista of trees.

This is the Bulengo displacement camp in North Kivu, Eastern Congo, where Rachel fled after her village was attacked.  She recalls: “I was bathing the children when I heard gunfire. We left half an hour after hearing the first shots, the children still naked. The houses had already been burnt down and people killed. Some were beaten on the road as we fled and pregnant women had their bellies torn open. I hid while other women were raped.”

Inside this small hold, Rachel keeps a few possessions: a toothbrush, water bottles, a few metal cups and plates beside a basket, the blanket she uses for a sleeping matt on the bare pebble floor.

Rachel’s portrait and those of her home are among many featured in a new multimedia exhibition, On Solid Ground, which comprises images and interviews taken by seven photographers who visited communities in Congo, Kenya, Pakistan, Croatia, Mali, Burundi and Jordan, speaking to and photographing refugees and survivors of humanitarian crises.

In the pictures we meet Marjee, a teacher in Sindh province, Pakistan, rebuilding his home ravaged by flooding two years before. Mathieu, in Barundi, bears deep scars from a machete assault in his own compound, the product of violent land disputes.  Milos, in Croatia, was dislocated to Serbia for six years during the Balkan war. Milos poses with him tamburica, the traditional instrument he played to remind himself of home during the years in exile.

Carolyn Makinson, International Rescue Committee UK’s Executive Director, says of the show: “Whether caused by war or natural catastrophe, displacement shakes the foundations of life. These images portray the common need of all people to have a place of safety and comfort they can call home.”

The free exhibition will be on display at St Martin in the Fields, London until 31 July before touring Europe. An accompanying website showcases the project online with short films documenting how European Union funding supports the IRC’s work. 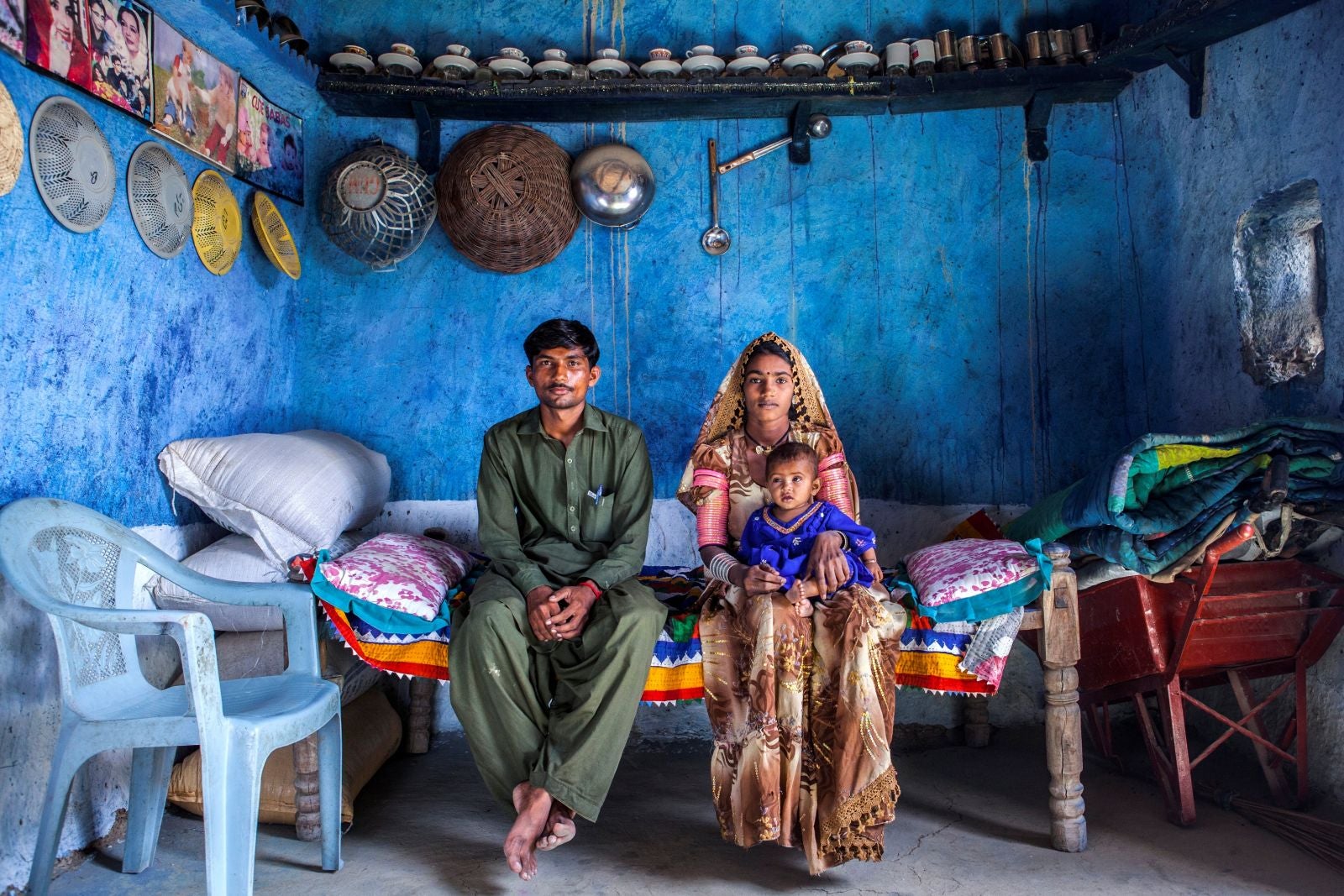 Shugna, holding their daughter Kawila, and Marjee sit in their house in Pakistan. The house was completely destroyed by floods and had to be rebuilt in 2012. © Shiho Fukada/Panos Pictures/The IRC 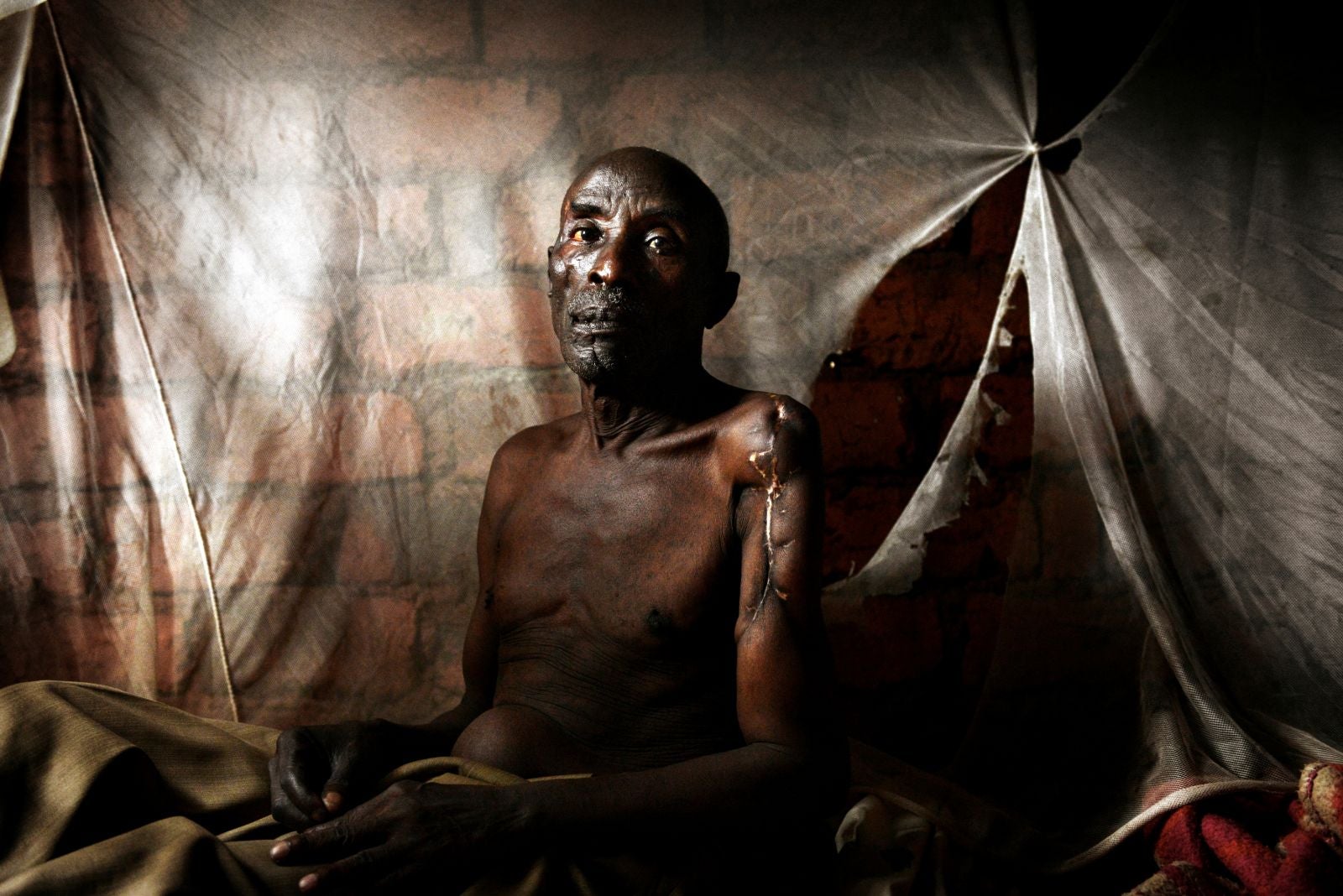 Mathieu fled Burundi in 1972 and returned in 2008. “About two years ago I as attacked. I was coming back from the toilets outside at night when they started hitting me with a machete. I spent a year in hospital.” © Chris de Bode/Panos Pictures/The IRC 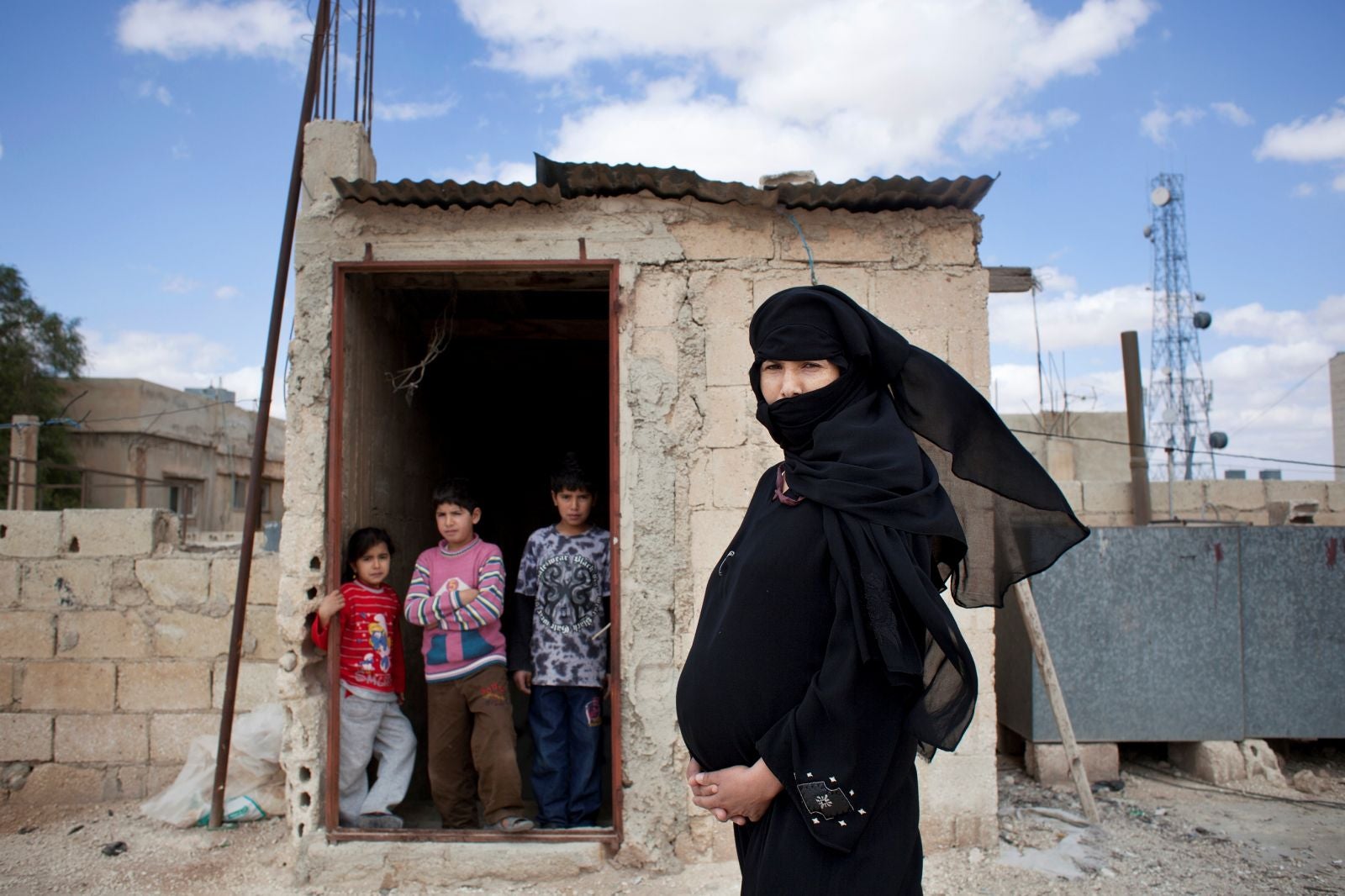 Muna, a Syrian refugee living in Mafraq, Jordan. She fled her home in Hamidiyeh in Homs province with her children in the summer of 2012. Her husband, a former civil servant turned member of the Free Syrian Army, stayed. “In Syria I was afraid and here I am hungry. I can stand the hunger but not the fear.”  © Abbie Trayler-Smith/Panos Pictures/The IRC 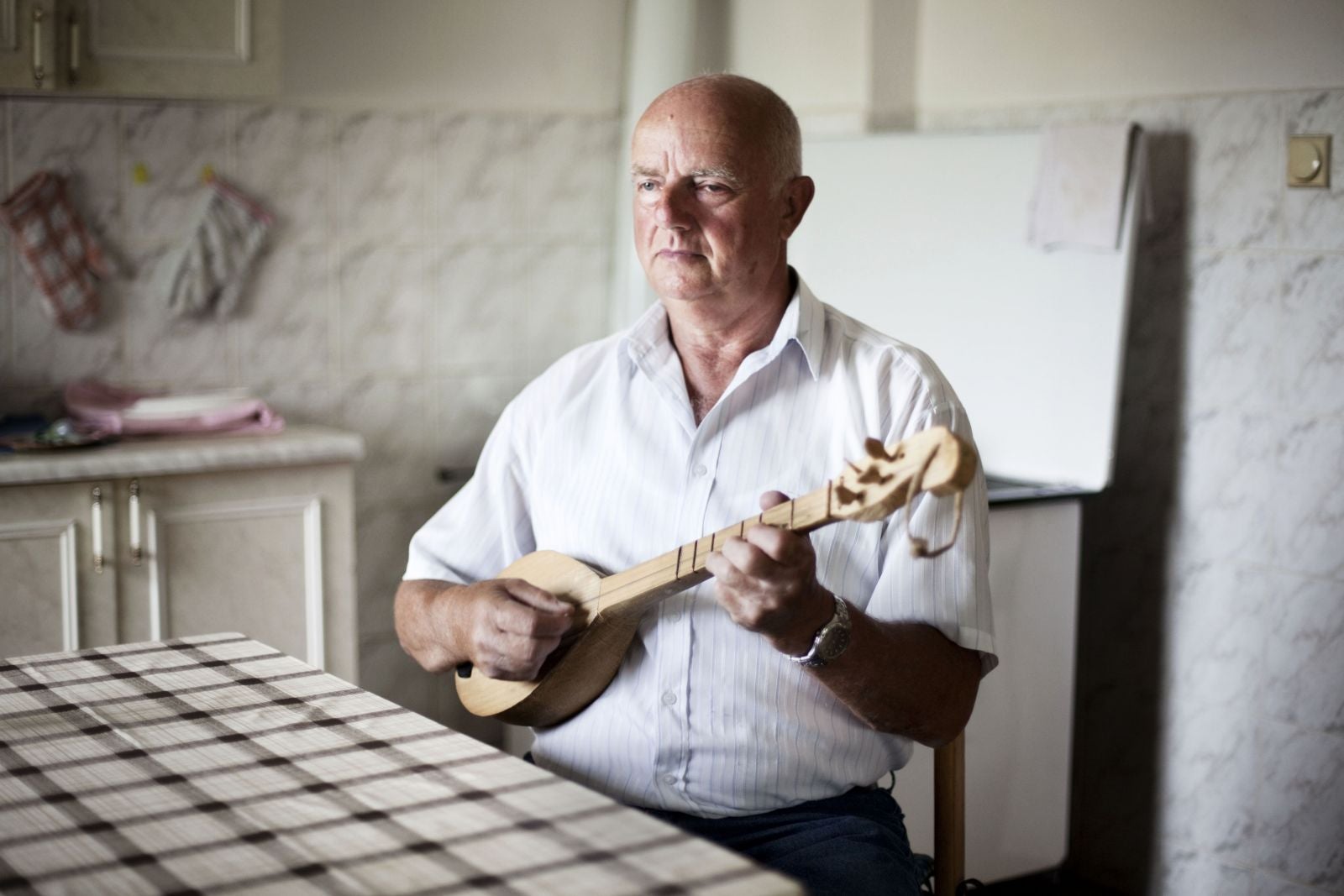 Milos Bastajic, 63 years old, from Prkos village in Croatia. The tamburica pictured was one of the few items he brought with him when he and his family were forced to flee Prkos in 1995. He returned in 2001. “Six years to be away was a long time. When we got back the electric wiring had been stripped out of our house, along with the ceramic tiles from the bathroom and the kitchen’s wooden fittings. It was a sad sight. But I was also very happy to be home.” © Adam Patterson/Panos Pictures/The IRC