On the 17 and 18 of June, leaders of the world’s eight wealthiest countries will convene at Lough Erne – a lakeside golf resort in Northern Ireland – to address the world’s pressing concerns. It is the UK’s turn as acting president of the annual G8 summit, where David Cameron will be tabling his three global issues “critical for growth, prosperity and economic devolvement”: advancing trade, ensuring tax compliance and promoting greater transparency.

An air of scepticism inhabits the summit’s wake. In our cover story this week, Ian Bremmer argues such bargaining forums, including the G20, have “not produced much of value”; resultant of an “expanding global leadership vacuum”.

Equally suspicious photomontage artist and activist Peter Kennard has a produced a series of G8 posters “designed for protest”. Posted to a special Tumblr page, the artist is encouraging all to trade the images widely: “print, Tweet, Facebook, email and share these images as a sign of protest”. There is even talk of a ‘guerilla street gallery’ to take place in Manchester, Belfast and near Enniskillen – the golf resort’s neighbouring parish.

The prints, first published in Kennard’s book @earth, convey mistrust and biting political critique: a ‘football globe’ booted off the laces of a military trooper; the glamorous elite gambling nuclear warheads at a shadowy card table.

“If world leaders insist on assaulting our lives and livelihoods,” rallies Kennard on the Tumblr page, “let’s hit back by assaulting their eyes. You’re welcome.” 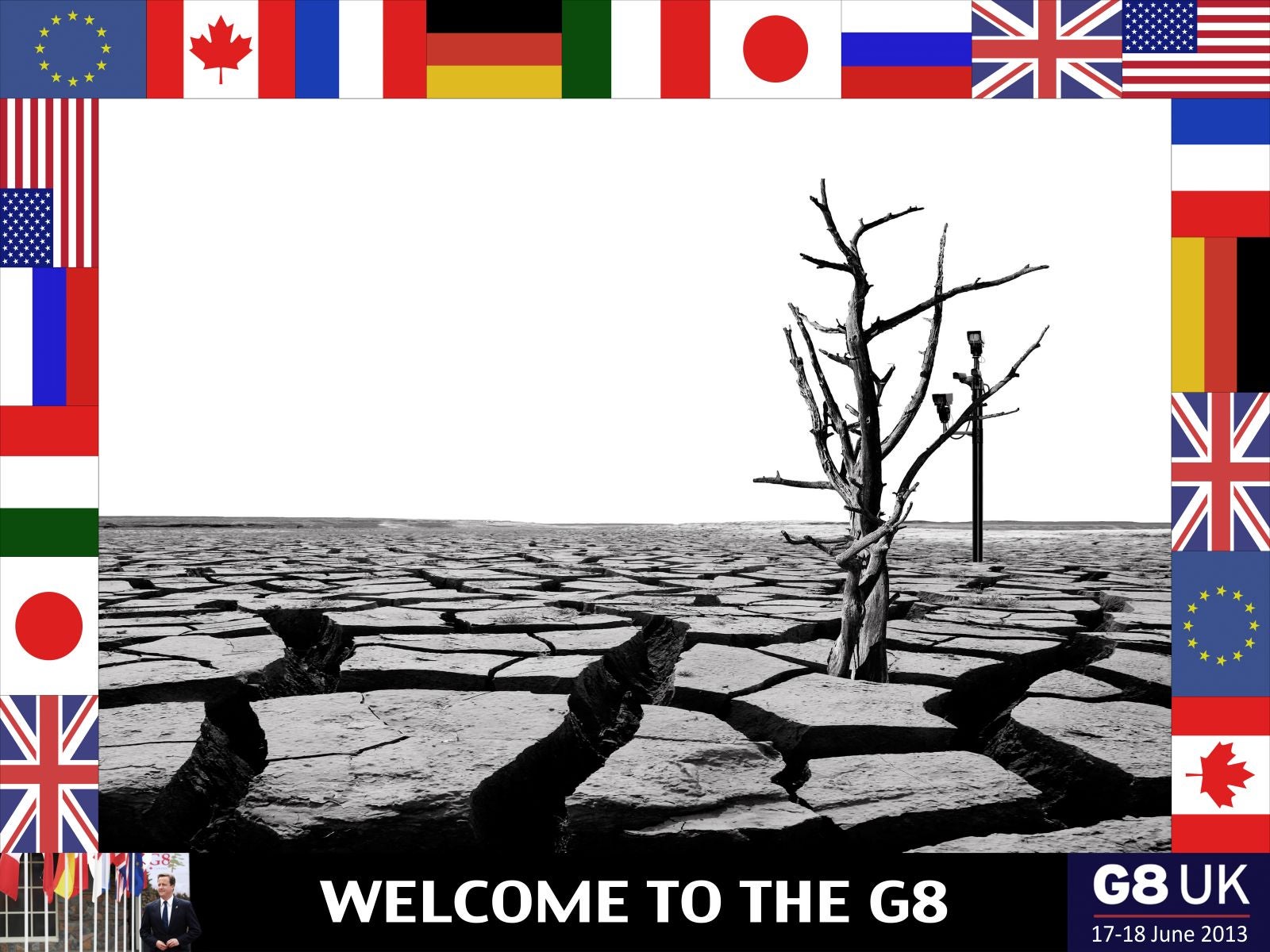 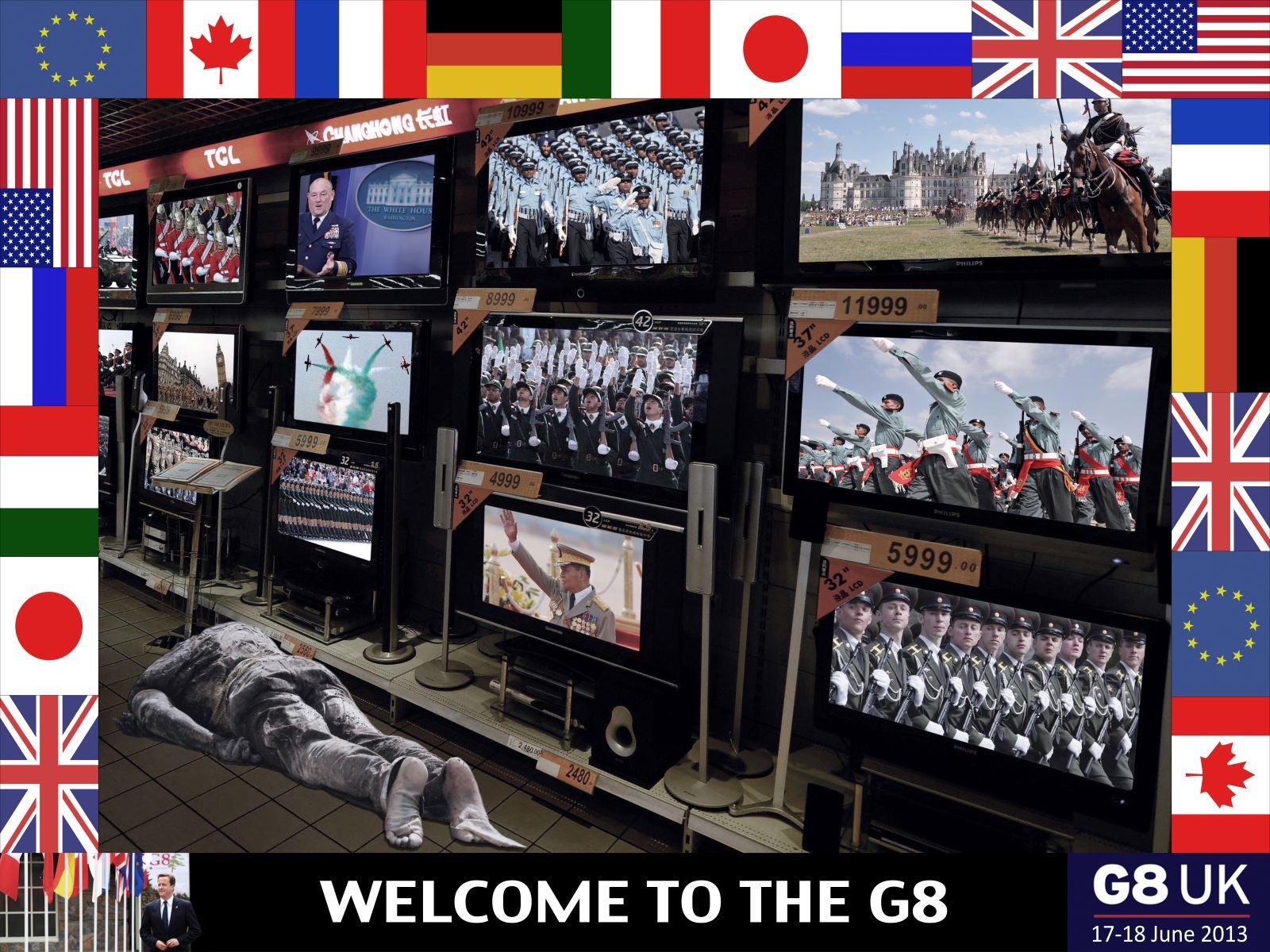 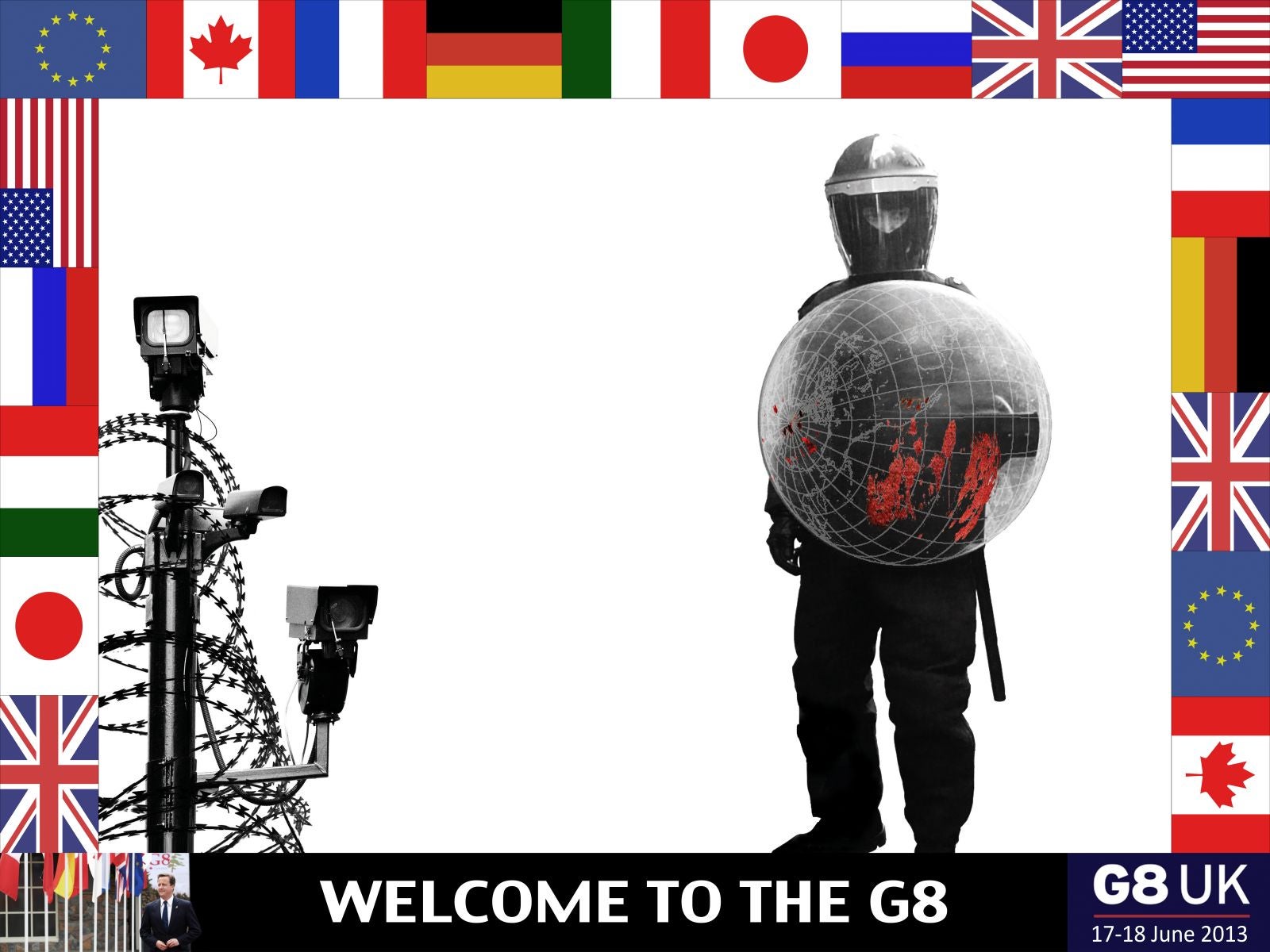 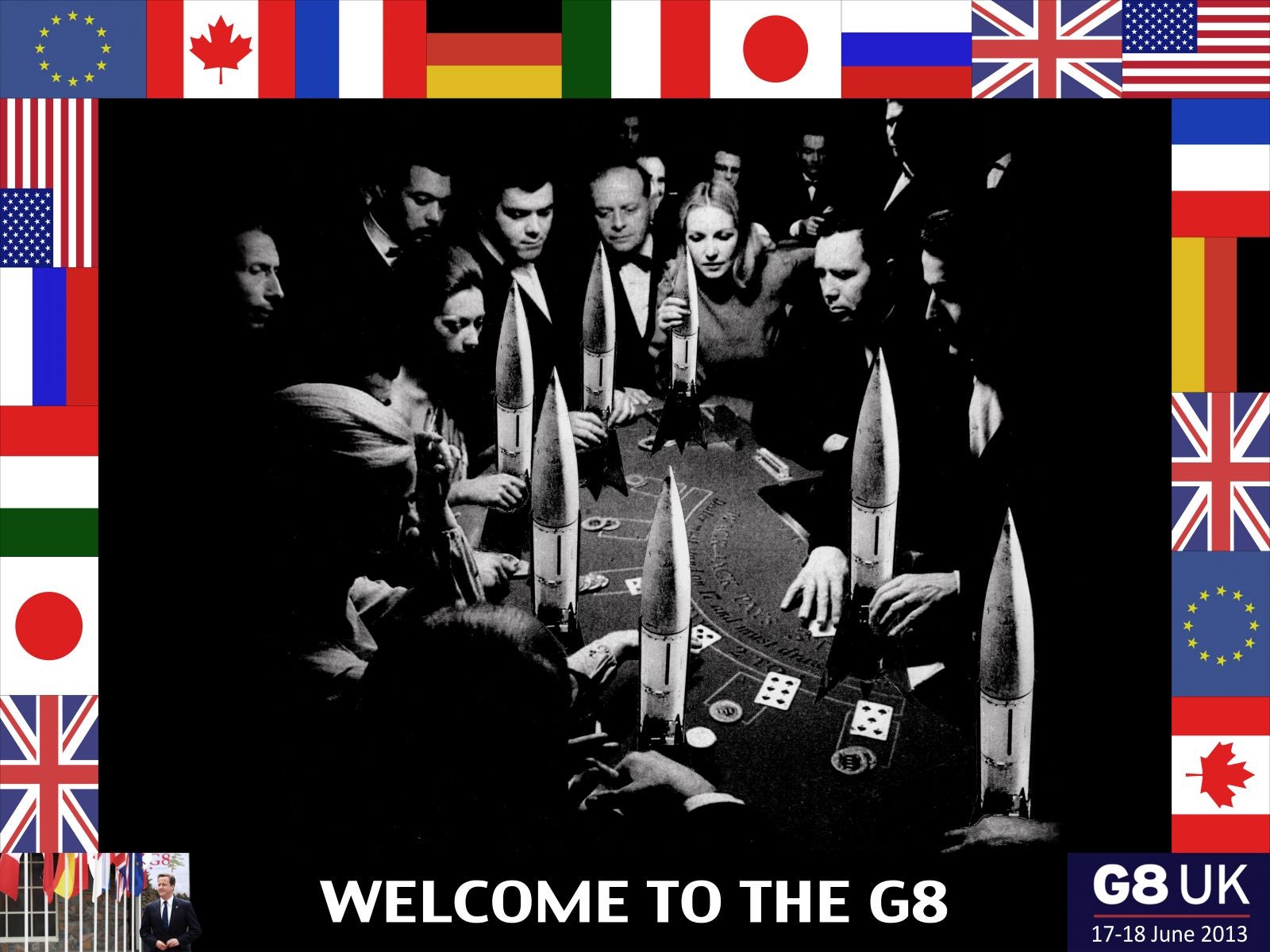 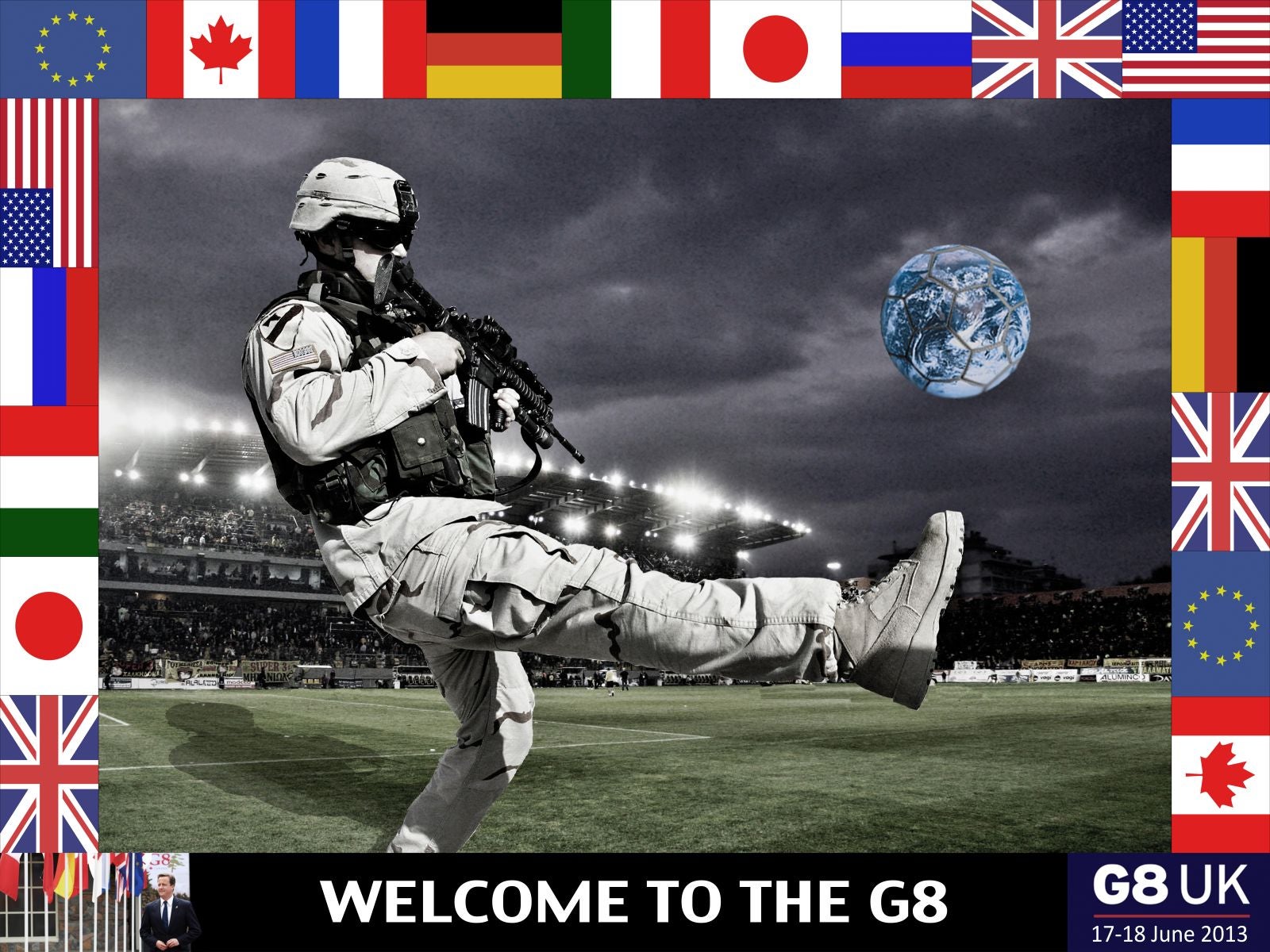