Whilst at Art 13, I came across a startling pair of canvases (pictured above) by an Indonesian artist, Yunizar. The way they had been exhibited on two parallel walls, made them line up like the pages of a book on approach to the booth of Gajah Gallery. They formed part of a larger series titled “Kisah,” which, translated from Bahasa, incidentally means story.

Each canvas was populated with cartoon-like drawings of human figures and animals, interspersed with single words and letters. The latter was much denser, with a roughly textured band of red pigment running across the top, surrounding a small sun. As my eyes passed over each canvas, they tried to “read” Yunizar’s intriguingly coded story. The seemingly simply rendered characters and scribbled letters signposted an almost primitive, uninhibited, and pure materialisation of expression; and I was reminded of the Lascaux cave paintings in South-western France.

The stark contrast of the pigments with painted surface alludes to a similar visual trope as printed word on paper; it reels the viewer in, for a closer look, until they reach a similar proximity to the paintings as a person reading a book. 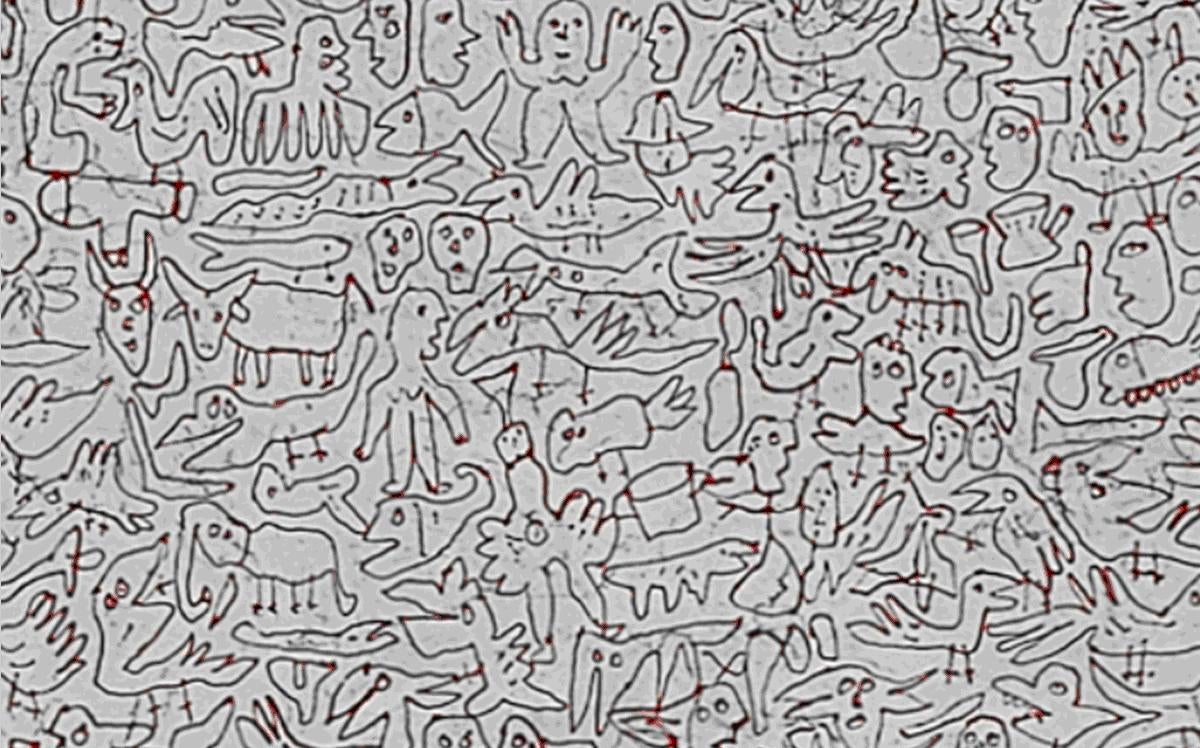 A discussion with Yunizar’s gallerist and dealer, Jasdeep Sandhu revealed a more complex contextual web in which Yunizar’s work operates.  Sandhu explained that Yunizar’s generation of artists was a confrontation between the dominant tendency towards realistic painting and newer, progressive forms of art-making.  His experiences as a cultural and linguistic outsider in Java, where he migrated from his home in Sumatra, influenced the function of his work; communicating more directly with his audience through universally recognised symbols. This sensibility is quite similar to another artist I quite admire, Yinka Shonibare, who in a recent interview in TimeOut London highlighted how he found it “intoxicating” when viewers of his work felt less pressure to “know too much about art to actually engage with it”.

I came across a third Yunizar canvas in this booth which was equally curious. 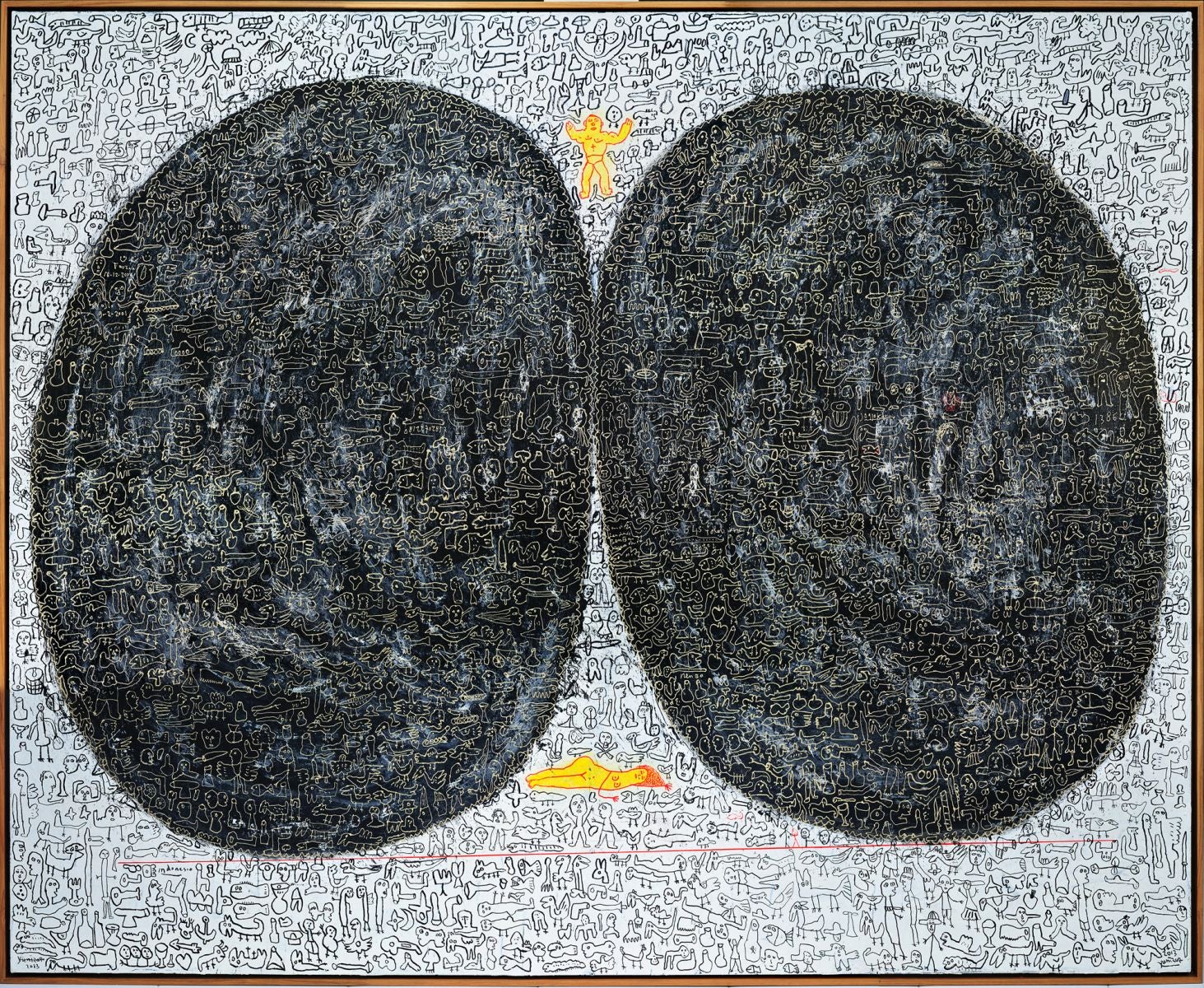 It featured a male and female figure highlighted in chrome yellow, standing between two dark painted hemispheres. I couldn’t help but think of the story of Adam and Eve, or at the very least the way we often view the world in terms of personal and material priority. The possibilities for interpreting these canvases were manifold and undoubtedly enjoyable.

On asking about Yunizar’s presence and viability as a collectable artist, he smiled and explained the expanse of his collector base within the Asian region. Along with private collections and museums, Yunizar’s paintings can be encountered at the Singapore Art Museum and National University of Singapore Museum. These three canvases alone left a lasting impression on my mind and I look forward to seeing more of his work on an international scale.