The rain, the cold: a change of weather anticipating the change of season. In Soho, pedestrians seek shelter in shops, inspiring them to take an interest, at least cursorily, in the products which adorn the shelves of whatever store they happened to have rushed into. Being Soho, this probably causes the odd flurry of embarrassment in unsuspecting tourists. The sales assistants are very much aware of the reason for the sudden influx and hang back. These aren’t potential customers but refugees. They’re afforded compassion in the form of indifference.

In Kingly Court, off Carnaby Street, as passers-by surge indoors out of the rain, some find themselves in a ground-level retail outlet. They peruse the clothes racks out of etiquette. They know the rules. However, the two female shop attendants seem to be new to the game. Rather than remain coolly aloof, as tradition dictates, they raise themselves up on to tiptoes, they crane their necks, they widen their eyes, as they monitor their potential clientèle discreetly from the side, ready and willing to offer assistance if needed.

This is London College of Fashion’s COLLEGE SHOP (in capitals!) which has opened for the second year running. Fashion neophiles, to risk a tautology, can pick up designs from LCF alumni, ranging from recent graduates to established designers. This is a good thing. Being vocational, albeit at the most fancy, colourful end of the vocational spectrum, the point of a degree in fashion design is to learn the craft and then earn a living from it. The COLLEGE SHOP provides former students with the opportunity to make money and to gain exposure.

“Obviously this gets seen by lots of various people on the street,” says Ros Barbour, a member of the LCF Events team, and, today, one of the COLLEGE SHOP’s two earnest sales assistants. “There’s a lot of retail businesses round here and various buying teams come and have a look, so [the designers’ work] gets seen by a wider audience.”

The interface between college and business exists in another form for fashion students: graduation catwalk shows. It is at these highly publicised events, to which members of the fashion industry are invited, that students can make a name for themselves. But it is also here where they can get their first bitter taste of plagiarism on a grand scale thanks to the trend forecasters.

Trend forecasting: You would be forgiven for not having heard of this concept before. A trend forecasting company is multi-faceted. Many services are provided, from news to analysis to consultancy. But it is their catwalk analysis and, in particular, analysis of the works of students and new designers, that should give cause for concern.

This aspect of the business begins with a simple process. Armed with discreet cameras and a press passes, forecasters descend upon catwalk shows across the world and photograph what they see. They try to avoid calling themselves trend forecasters when in the field due to the hostility the term occasionally draws. The images they take are very quickly uploaded onto their companies’ websites where clients, many of whom pay around £20,000 per year for the privilege, can access them. Zoom features allow them to scrutinise the most delicate detail, the most intricate stitch.

Trend forecasters not only visit the shows of professional designers but also the graduation shows of the major fashion schools. So, put clearly, what happens is this: trend forecasters surreptitiously photograph the work of students and, in effect, sell this “intelligence” (a term they use themselves) to rich clients, with students remaining totally oblivious yet, once in a while, noticing similar-looking designs cropping up a few months later in magazines published on the other side of the world. 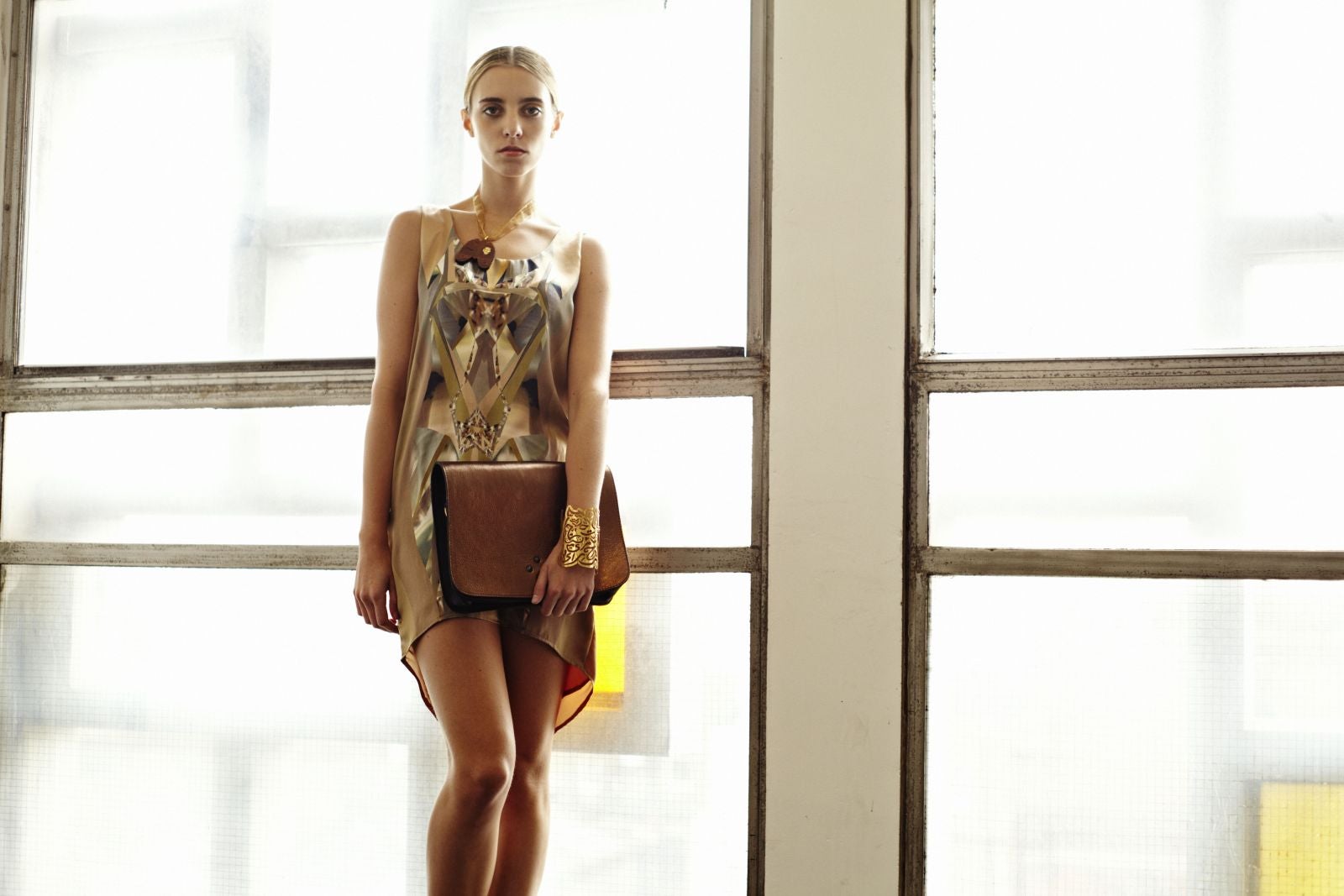 Stylish, professional, dressed in grey, Katrine Paridon is a second-year student of International Fashion Management at LCF. Also, on this rainy day, she is the other sales assistant in the COLLEGE SHOP. How does she feel about trend forecasters and, in particular, their targeting of students and recent graduates? “I think that’s a shame because one of the things that new graduates have is that they see inspiration in a different light from [more established] people in the industry. The ideas they have are much more innovative. So when that gets taken as a trend, then you forget where the initial inspiration comes from,” says Katrine, who would like to start an agency to represent small designers when she graduates. “I don’t really agree with [trend forecasting].”

Luis Manteiga is a young, Spanish fashion designer. He has already achieved a level of recognition in the fashion press and this year won a scholarship to resume his studies in Paris. “I like trend forecasting [but] I don’t believe it has much merit. I was always of the opinion that it’s normal for the creations of various young designers to coincide. Many of us live parallel realities and we go in the same directions. We drink from the same cup.”

Many who work in trend forecasting see no problem with what they do. Living in denial or fantasy, if not just totally indifferent, when questioned about the morality of selling the ideas of young designers to huge businesses for them to be used uncredited, a common response runs along the lines of: “If the company likes the idea, it will offer the designer a job.” Katrine offers a deft response to that line of negligent optimism: “Hiring freelance designers, that’s expensive. They don’t do that.”

Once in a while, however, it is possible to find someone within the industry who acknowledges the moral dimension to one of its fundamental practices.

“I’ve spent my professional career as an fan, practitioner and advocate of independent design of all disciplines,” says a former trend forecaster who left the industry three years ago and who wishes to remain anonymous. “It was extremely difficult for me to justify the work I did at [the company] when, from the inside, it was clear that the main objective of the entire organisation is to take the innovation of the influencers and true creatives in the world, and package it for large corporations who have neither the talent or interest to develop these ideas on their own.”

“I think it’s a shame for the new designers because they have to struggle so much to make themselves known,” says Katrine in the COLLEGE SHOP as the rain continues to pour. “And when [their designs are] put up on a [trend-forecasting] site, then somebody else takes the credit for their work.” It’s not unimaginable that one could form some sort of postmodern argument, if not in favour of trend forecasting, then justifying it, based on the inevitability of influence and intertextuality in creative practices. This argument, however, holds no water for Katrine. She looks around, almost protectively, at the pieces on display. “I think it’s theft.”