In honour of Banned Books Week (25 September to 2 October), we’ve compiled a list of ten favourite titles that have been banned, challenged or burned around the world. Take a look, then get down to a bookshop and exercise your intellectual freedom.

The serialisation of Madame Bovary began in October 1856, and by the following January it had been banned by the French government, which put Flaubert on trial for offending public morality. The novel was published soon after Flaubert was acquitted, and was dedicated to the lawyer who defended the author. 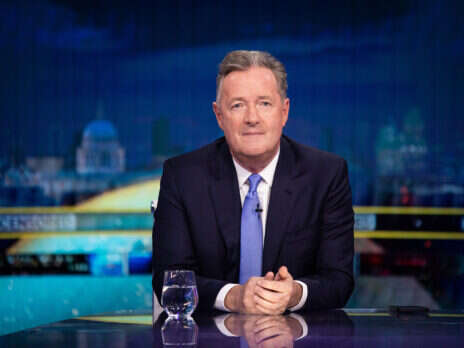 After failing to find an American publisher, Nabokov sold his best-known book to a small Parisian press in 1955. It was banned soon afterwards in Britain and France for obscenity, but went on to become a runaway bestseller in America when it was finally published there in 1958.

3. The God of Small Things by Arundhati Roy

Following publication in 1997, many Indian readers were upset by Roy’s depiction of a sexual encounter between members of different castes. Protests broke out and attempts were made to ban the novel from bookstores across India. Roy won the Booker Prize that year.

Pasternak finished his masterpiece in 1955, but was unable to find a willing publisher in the USSR. It was published in Italy two years later, and Posternak was relentlessly persecuted by the Soviet Union until his death in 1960. Doctor Zhivago wasn’t released in the USSR until 1987.

5.The Catcher in the Rye by J D Salinger

Since appearing in 1951, Salinger’s most celebrated work has attracted the attention of ban-happy parents and administrators at educational institutions across the United States. As late as 2001, according to the American Library Association, it was banned at a school in Summerville, South Carolina, for being a “filthy, filthy book”.

Although the Czech-born, Jewish author died in 1924, his small body of work, including “Metamorphosis”, published in 1915, was banned posthumously by the Nazis. Many of his remaining notebooks and letters were seized by the Gestapo, though his friend Max Brod fled to Palestine with the bulk of his unpublished material.

Voltaire published Candide under a flimsy pseudonym in 1759, and within the year it had been condemned by French religious and government officials alike for its attack on their respective institutions. Despite the official ban, it became an instant bestseller in France.

After being published in 1926, Hemingway’s first bestselling novel, which depicts a group of dissolute American and British expatriates in Europe during the 1920s, was banned in Boston in 1930, burned by the Nazis in 1933 and outlawed in Ireland in 1953.

Lawrence’s infamous novel was published in Italy in 1928, but was instantly banned in a number of countries for its strong language and explicit sex scenes. An uncensored edition of the book didn’t appear in Britain until 1960, and then led to the celebrated obscenity trial. Penguin Books, the publisher, was prosecuted under the new Obscene Publications Act, but emerged triumphant. Penguin dedicated the second edition to the jurors who decided in its favour.

Rowling’s series has been attacked several times around the world since the publication of the first Harry Potter book in 1997, on the grounds that it promotes witchcraft among children. Safe to say that neither Rowling nor her sales have suffered much as a consequence.