This article was originally published on 3 October 2022. On 20 October, Liz Truss announced her resignation as prime minister of the United Kingdom. This article has been republished in light of this news.

There was a scene at the start of the Queen’s funeral last month when all seven present or former prime ministers – John Major, Tony Blair, Gordon Brown, David Cameron, Theresa May, Boris Johnson and Liz Truss – entered Westminster Abbey in close succession. One wag on Twitter labelled it “The Descent of Man”.

He was right. As one prime minister replaces another with ever increasing rapidity, each proves worse than the one before. Like some grotesque Russian doll, each is decapitated to reveal an even greater horror lurking inside.

Cameron offered an uninformed electorate a binary vote on a deeply complex issue of profound constitutional importance without even a 60 per cent threshold for approval. He did so not because the public was clamouring for a vote on Britain’s EU membership, but for the narrow partisan purpose of neutering Ukip. It was one of the most reckless gambles ever taken by a British prime minister – one that Cameron lost after waging an abysmal campaign, one that unleashed the jingoistic, xenophobic demagoguery of the hard right, and one that propelled Britain down the deep, dark rabbit hole of Brexit. 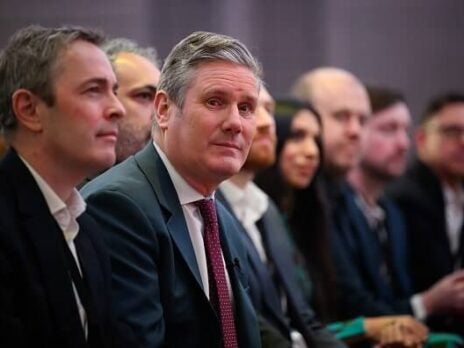 May inherited the unwelcome task of implementing Brexit. Stubborn, unimaginative, secretive and charmless, she proceeded to play a weak hand dreadfully. Having herself voted for Remain, she pandered endlessly to the fanatical europhobes of the European Research Group and spoke contemptuously of “citizens of nowhere”. She triggered the time-limited process of withdrawing from the EU without any agreed negotiating strategy, squandered her majority with a needless general election, spent two years vainly seeking a consensus within her cabinet, and finally came up with a compromise deal that parliament repeatedly rejected.

May lasted three years and 11 days before Tory MPs, desperate to save their seats, ditched her for a man they knew to be dishonest, unscrupulous and concerned only with his own advancement. Johnson more than lived up to his billing. He did win a general election, albeit against the unelectable Jeremy Corbyn. He did face two huge crises in Covid-19 and the Ukraine war. And he did “get Brexit done” – the hardest possible Brexit. But he demeaned his office from the moment he assumed it.

[See also: Fear and loathing at the Tory conference]

He lied routinely. He knowingly breached international and domestic law. He fomented division for political gain. He rewarded supporters with jobs, peerages and government contracts. He protected loyalists guilty of egregious wrongdoing. He betrayed those foolish enough to trust him. He sought to neuter those independent institutions he could not control, and to restrict the right to vote and protest. He brazened his way through scandal after scandal, shamelessly evading responsibility and accountability. He debased every standard of public life.

Lazy, disorganised and profligate, he governed through gimmickry, photo-ops and false promises – with disastrous results. By the time he too was ousted after three years and 44 days of shocking misgovernment we had the highest inflation in 40 years, the heaviest tax burden since the 1940s, the sharpest forecast fall in living standards since records began and a sundered country with broken public services.

Johnson was a hard act to follow, but Truss is now doing her level best to outshine him. Inept, tin-eared and seemingly devoid of any emotional intelligence, possessed of no mandate from the country or even her parliamentary party, she and Kwasi Kwarteng, her Chancellor, have arrogantly rebuffed all experts, all scrutiny, all warnings of catastrophe to pursue the chimera of economic growth not through the long haul of education, training and investment, but through the sugar rush of huge, unfunded tax cuts for the rich at a time of acute economic hardship for everyone else.

It takes truly exceptional political skills to achieve what this pair of libertarian zealots has managed in less than a month. The pound has hit record lows. The stock market has plunged. The Bank of England has been forced to spend £65bn to save the pensions industry. The International Monetary Fund has rebuked Britain. Soaring interest rates will punish businesses and mortgage-holders, crash the housing market and wipe out any gains from Kwarteng’s proposed tax cuts.

And that is just the beginning of Truss’s ideological lunacy. Stages two and three, if she gets her way, will involve real-term cuts to benefits and to Britain’s already decrepit public services in the midst of an unprecedented cost-of-living crisis, and a bonfire of regulations that will sweep away environmental protections, labour rights and much else besides. That is a recipe for civil insurrection.

Fortunately Truss will not get her way. With a single act of monumental hubris, of egregious unfairness, she has enraged not just the left, but both the core elements of Johnson’s electoral coalition: Middle England and the Red Wall. Labour has opened up a record poll lead. Horrified Conservative MPs are already talking of ousting her.

At this week’s party conference, supposedly Truss’s coronation, she has been forced to perform a screeching, humiliating U-turn on her proposed abolition of the top rate of income tax. Her credibility is shot. Her authority has been shredded. She will be lucky to survive till Christmas.

Were Truss, a Liberal Democrat in her youth, a sleeper agent for her old party she could scarcely have inflicted more damage on the Conservatives. The fourth failed Tory prime minister in six years, she has completed the downfall of her once-great party. Just as Johnson destroyed its reputation as the party of moral probity, she has destroyed its reputation as the party of pragmatism, economic competence and fiscal rectitude.

Were Truss secretly pursuing a scorched earth policy to ensure Labour inherits the worst possible mess she could scarcely have been more successful. She has completed the process begun by her three predecessors of reducing Britain to an economic basket case, a global laughing stock, a byword for shambolic government.

“Don’t forget. Don’t forgive,” Keir Starmer exhorted British voters at Labour’s recent conference. Like the wag at the Queen’s funeral, he too is right.

At the next general election – and I say this as an erstwhile Tory voter – the Conservatives must be swept from office. Not just Truss and Johnson but the entire cast of swivel-eyed loons, the likes of Jacob Rees-Mogg, Iain Duncan Smith, David Frost, Priti Patel, Nadine Dorries, Andrea Leadsom, Steve Baker, Bill Cash, John Redwood and Mark Francois, who hijacked their party after the Brexit referendum and forced it, with the help of a pernicious Tory press, down a path of destruction that will blight the lives of generations to come.